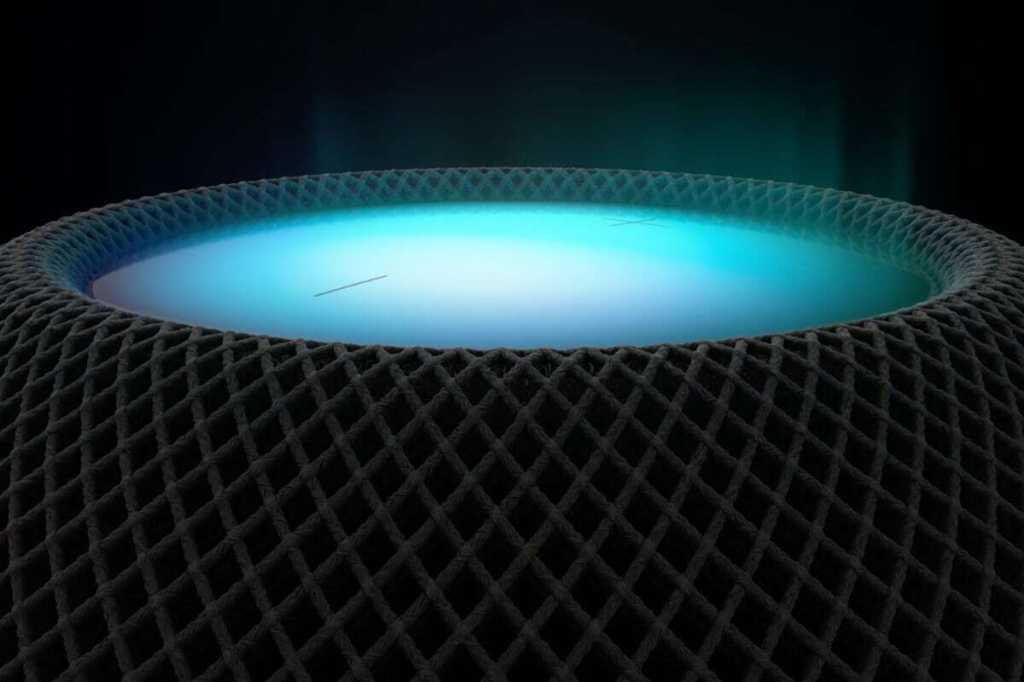 There was big news out of Cupertino last Tuesday—big news! Apple announced a new, smaller version of one of its products at a cheaper price point, potentially opening it up to a whole new class of customers.

I speak, of course, of the HomePod mini.

Yes, yes, there were iPhones as well, but I found myself more drawn to the new, smaller, and 100-percent more globular smart speaker. Part of that may have been intrigue, yes, but a more substantial reason is that I’m trying to figure out exactly what Apple’s strategy for this product line is. Which, coincidentally, is exactly what Apple seems to be doing.

The price is the thing

If there’s a bold move for the HomePod mini, it’s all about that price point. To get beneath the $100 mark is not only key in terms of making it into impulse-buy territory, but it’s also significant because we’re talking about Apple here. Historically, this is not a company that competes on price.

And perhaps it still doesn’t, because Amazon’s most recently announced Echo Dot is $50, half the price of the HomePod mini, and the Google Nest Mini is just $29, or probably given away free in cereal boxes by this point. Still, I’m sure Apple would argue it’s not competing in the bargain-basement speaker department, and I have little doubt that the HomePod mini will provide better sound than either of those competitors. Plus, more to the point, the company isn’t using the HomePod mini as a loss leader in order to bolster its advertising or data collection business.

Frankly, having looked at a variety of AirPlay 2 speakers, $99 is a pretty competitive offer for that functionality alone—the only comparably priced product I know of is the IKEA/Sonos Symfonisk bookshelf speaker, but that has no voice assistant capabilities at all. A lot of customers might be willing to part with $99 for audio playback alone. Add in Siri and smart home capabilities, and that’s just icing.

There’s no guarantee that the HomePod mini will take off, but it certainly seems well positioned to sell in a way that the original HomePod wasn’t.

If it ain’t broke…but it is

New Apple products often have that dichotomous feel of being both surprising and, in hindsight, totally obvious. The HomePod mini follows that example by being more or less exactly what is conveyed by its name: it’s just a smaller HomePod. While that presumably confers the benefits of its larger sibling—solid sound, simple setup, interoperability with other Apple products—it also means that it shares some of the bigger device’s shortcomings.

Chief among those, to my mind, is the HomePod’s interface. Given an opportunity to make some changes, and given that Apple is a company famously concerned with “design is how it works,” I’m disappointed that it didn’t make any changes to the touch interface on the device. It continues to read as a favoring of form (the featureless smooth top) over function (any sort of tactile control). As someone with two—two!—HomePods, I have frequently reached over them to get to a light or root around behind my iMac and thus accidentally brushed the top of one of the speakers, prompting it to start blaring whatever audio it has last played.

It’s also hard, at desk height, to see the plus and minus tap targets to adjust the HomePod’s volume, generally requiring me to peer over the device, though the lower height of the HomePod mini should help with that. I would implore Apple to consider finding a way improve the HomePod’s interface. Even adding gestures that let you, say, drag your finger around clockwise or counterclockwise to raise or lower the volume would seem a better and more intuitive solution than having to find a specific spot with a stabbing finger.

The HomePod stays in the picture

Given that Apple did make some improvements with the HomePod mini (such as what seems to be an improved pairing process and handoff workflow, thanks to the U1 chip), you’d be excused for thinking that the company would have likewise made some tweaks to the original HomePod. Maybe even lowered the price a smidge, given that it so often shows up on sale at a steep discount these days. But nope, not a single change occurred to the $299 model this week.

Could a HomePod 2 still be in the works? It’s hardly implausible, especially given that the HomePod mini still lacks a couple of the features the HomePod offers, such as a home theater experience when connected to the Apple TV 4K, as well as “spatial awareness”. But it remains to be seen just how important those features are to potential HomePod buyers; after all, it certainly doesn’t seem like the original model was flying off the shelves.

Of course, that doesn’t mean that the HomePod product line will be limited to just the HomePod mini, either. There are myriad other ways that Apple could choose to build a smart speaker, including something in between the HomePod mini and the original, full-sized HomePod. Hopefully, with an appropriately-sized price to boot.