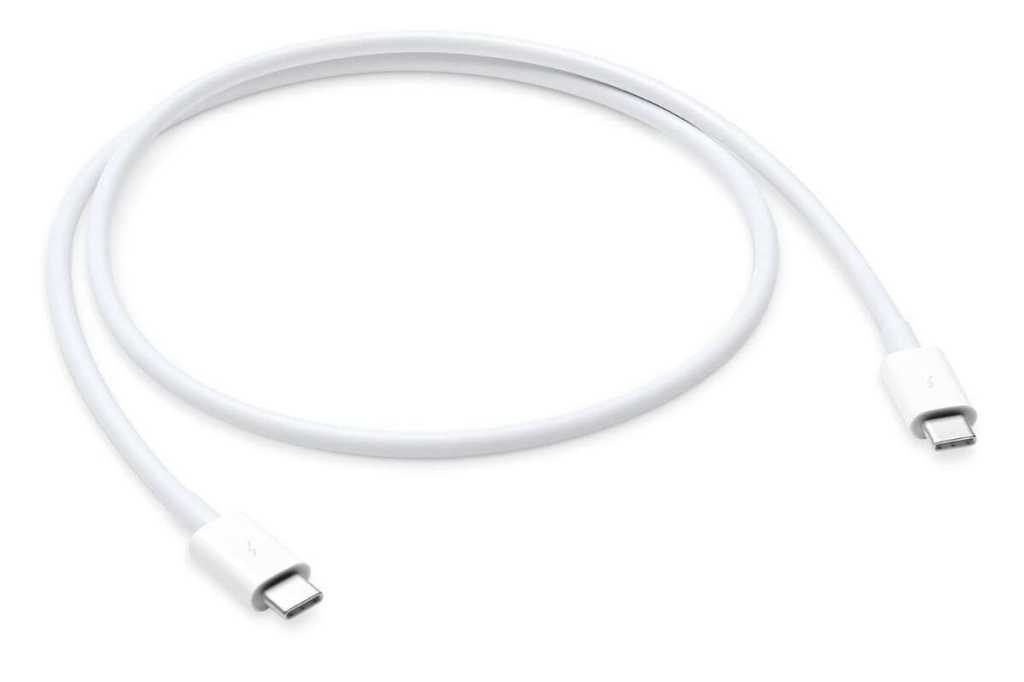 USB-C introduced simplicity: a simple flat connector with rounded sides that has two correct orientations: the long side can be inserted into a compatible port without checking. It’s used universally for USB 3, DisplayPort, and Thunderbolt 3, and other data standards. It can support high-wattage charging and power (see “How to tell whether a USB-C cable can carry high-wattage power and Thunderbolt 3 data.”)

It can be relatively easy to figure out if the port you have supports only what’s now called USB 3.2 Gen 2 (10 Gbps maximum)—also known as “SuperSpeed+” or “SuperSpeed USB 10Gbps”—or, in addition to the high-speed USB flavor, it also handles Thunderbolt 3.

All USB-C equipped Macs support Thunderbolt 3 except the now-discontinued 12-inch MacBook introduced in 2015. A few models of iPad include a USB-C connector that only supports the USB data protocols as well. (On non-Apple computers, you have to look up the specs.)

But how can you tell whether a cable with two USB-C ends will pass only USB up to 3.2 Gen 2 or up to the 40Gbps capable between two Thunderbolt 3-equipped devices, like a computer and a high-performance disk array?

When it comes down to it, though, there’s an ipso facto situation, if I can drop some Latin: if, literally “on the face of it,” the cable lacks clear markings as to what standard it supports, I’d return or replace it, assuming the manufacturer didn’t take the care to label it properly, which would concern me about its production standards, too.