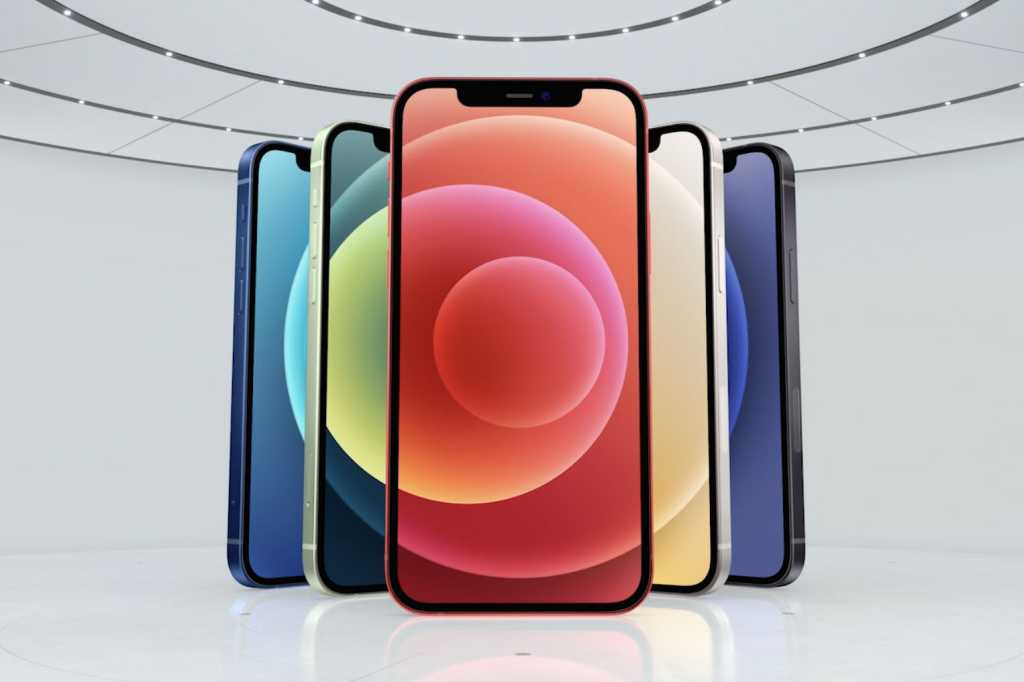 The iPhone 12 arrives in stores on Friday, and the early reviews are in. As expected, people love the new models. From the new design to the display, cameras, and 5G support, the iPhone 12 is a massive improvement over the iPhone 11 and brings Apple’s entry-level phone that much closer to Pro status.

Writing at CNET, Patrick Holland says the “extraordinary” iPhone 12 has “a bold, striking look without any frills,” but he was most impressed with the speed. The iPhone 12’s A14 Bionic processor recorded the highest scores of any phone he ever tested, and he found the addition of both sub-6GHz and mmWave 5G “brilliant” and “impressive,” as he writes, “even if you don’t experience fast 5G speeds now.” In his testing on Verizon’s new nationwide network, he was able to top 100Mbps and make HD FaceTime calls.

Comparing it to the iPhone 12 Pro, which he also reviewed, Holland says: “Either way, you’re getting an amazing phone with the best overall camera system you can find.” However, he found himself reaching for the Pro more often for the matte back and stainless steel sides.

Brian X. Chen at The New York Times also liked the iPhone 12 but had a less-than-stellar experience with 5G. While he was able to reach 5G speeds that topped 2Gbps “in front of a camera store in South of Market [San Francisco],” he mostly struggled to connect to the speediest mmWave network. He was occasionally able to get download speeds “twice as fast as my older (LTE) iPhone” using Verizon’s new nationwide network, but he was disappointed with the speeds and reliability of the network more often than not. However, he enjoyed the iPhone 12’s “fancy OLED screen” and “sustentative” design changes, as well as its durability and size.

The Verge’s Dieter Bohn “loved” the new “elegant” design for the iPhone 12 and OLED screen, and found the camera to have small but meaningful upgrades that produce crisper and more detailed shots, especially in low lighting. He also found less distortion at the edges of ultra-wide shots, concluding that the iPhone 12’s “combination of performance, simplicity, and just plain good quality continues to impress.”

Finally, Joanna Stern at the Wall Street Journal finds that the iPhone 12’s “speeds will knock your masks off,” but 5G is still a ways away from being truly useful. She was able to reach “insanely fast” speeds up to 30 times faster than her home Wi-Fi, but she lamented the hit it took on battery life and the difficulty in finding a network. That shouldn’t deter anyone from buying one, especially if you plan on keeping it for several years. As she writes: “If you’re due (or overdue) for an upgrade, opting for an iPhone 12 is a no-brainer.”

Apple no longer ships the iPhone with a wall charger, so we have rounded up the best iPhone chargers for you.