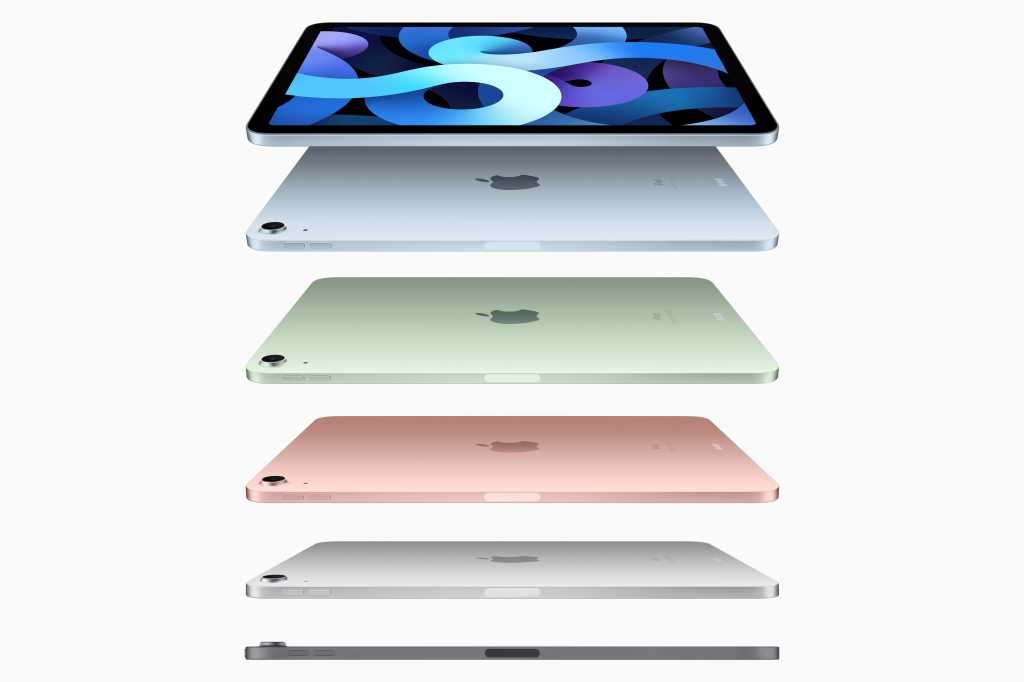 The iPhone 12 and iPhone 12 Pro aren’t the only Apple devices shipping to customers this week. There’s also the brand-new $599 iPad Air that launched last month, and based on the early reviews, it’s going to be a runaway hit.

The biggest change in the 2020 iPad Air over the prior model is the design. The new tablet takes its cues from the iPad Pro and eliminated the home button, slims the bezels, and flattens the sides. It also adds an array of new color options, all of which impressed Laptop Mag’s Phillip Tracy, who wrote: “Something about the Air gives off cool retro vibes. It could be the rounded machined aluminum corners, sculpted like an old Mercedes racing car, or that single prominent circular camera lens above a small mesh microphone. Whatever it is, the iPad Air’s elegance helps to offset the industrial aesthetic.”

The screen is also improved on the iPad Air. While Apple’s latest tablet doesn’t support 120Hz ProMotion like the iPad Pro models, Matthew Panzarino of TechCrunch calls its omission “unfortunate but understandable.” At CNET, Scott Stein agreed, saying that while ProMotion on the iPad Pro is “lovely,” he’s “fine without it.”

The other new feature on the iPad Pro is Touch ID, which is now built into the power button. It’s the first time Apple has used the tech, but early reviewers were happy with the implementation. Stein observed that it “seems to work reliably so far and there’s no reason why future iPhones (or even the Apple Watch) couldn’t get these little Touch ID buttons, too,” while Dieter Bohn of The Verge was thrown at first but ultimately found the button “unlocked the iPad quickly, conveniently, and securely.”

The iPad Air uses the same A14 Bionic processor as the iPhone 12, so as you’d expect it’s very fast. In Bohn’s testing, he concluded that it’s “fast enough to do everything you want to do with an iPad today and will likely continue to be fast for several years to come.” Similarly, Dana Wollman of Engadget said the iPad Air “seemed to have no problem keeping up with my multitasking and frequent app-switching.”

So basically, the iPad Air is the perfect device for someone who doesn’t need quite as much Pro but wants more than entry-level. As CNBC’s Todd Haselton sums it up: “I think the iPad Air fits great right in the middle of Apple’s tablet family. It’s a good choice if you don’t need everything on an iPad Pro, like the fancy cameras and faster screen, but also want a better screen, speakers, and design than you get on the entry-level iPad.”

You can order the new iPad Air from Apple with prices starting at $599.