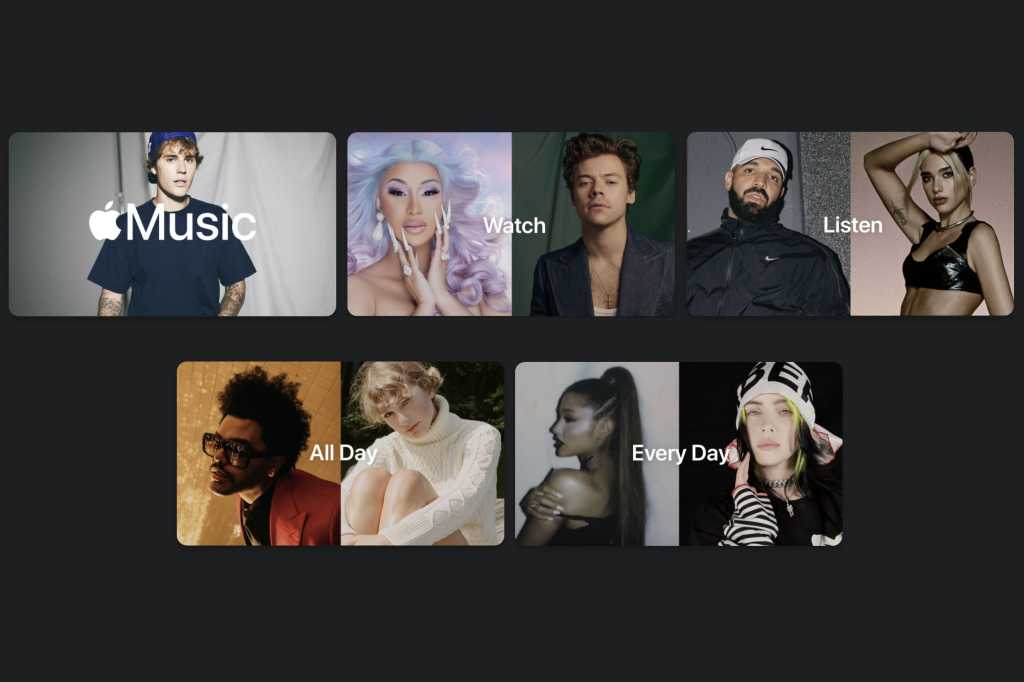 Without so much as a press release, Apple has unveiled a new 24-hour-a-day music video channel. Simply called “Apple Music TV,” the service currently streams nothing but one music video after another, all day, every day.

You’ll find Apple Music TV in the TV app under the Watch Now section, and in Apple Music in the Browse tab.

You don’t get to pick which videos to watch or make a playlist of them (that feature already exists in Apple Music). Rather, this is a curated stream of videos chosen by Apple, sort of like a music video radio station.

Though we currently haven’t seen anything other than one music video right after another, Apple seems to have grander plans for the new stream. The promo text in Apple Music say the station will contain “the best videos, interviews, and more,” which sounds an awful lot like the heyday of MTV. Hopefully, Apple will stop with some great music news and interviews mixed in with primarily music videos, instead of diving head-first into reality TV.