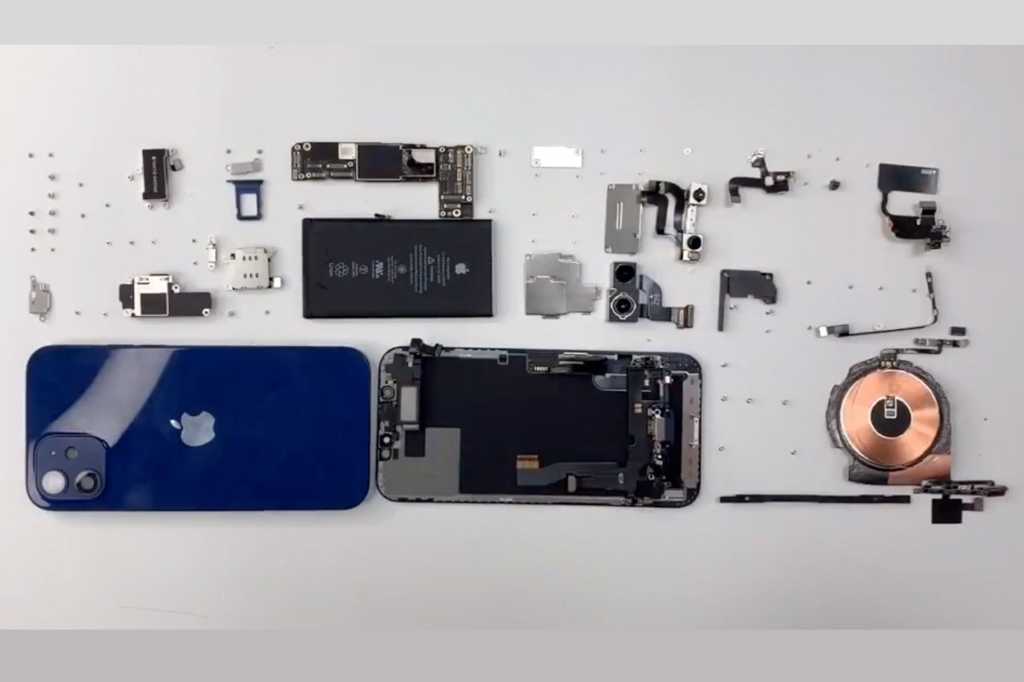 The iPhone 12 is still a couple of days away from reaching the eager hands of the general public, but lucky YouTuber Hic Tech got his hands on an early model. So he took the whole thing apart. As spotted by 9to5Mac, the short teardown is much lighter on the details that the in-depth analysis we typically get from iFixit, but it still reveals a few interesting tidbits about the new phone.

The battery is extremely small: If you thought the iPhone 11’s 3011mAh battery was small, wait till you see the iPhone 12’s battery. According to the video, it’s just 2815mAh, way smaller than the 4,000mAh battery inside the Galaxy S20 and other Android phones. Early benchmarks suggest that battery life is roughly the same as the iPhone 11 (and a couple of hours less when using 5G), but it’s still disappointing.

The display is a lot thinner: This won’t come as a surprise, but the Super Retina XDR display is quite a bit thinner than the Liquid Retina HD display on the iPhone 11. That helped Apple shave nearly a millimeter of thickness on the iPhone 12.

The logic board is completely redesigned: While the iPhone 11’s logic board was a standard rectangle, the one on the iPhone 12 is built like an “L,” with several of the parts shuffled around. It’s unclear from the video why the board is built this way, but presumably, it’s for heat, space, and efficiency.

The camera module is roughly the same size: The iPhone 11 and iPhone 12 have very similar cameras and nearly identical bumps, so the camera hardware is very similar as well. In the video, it appears as though the 12’s module is slightly smaller, but for the most part they seem very similar.

MagSafe is built directly onto the rear case: Apple added a new magnetic ring to the iPhone 12 and a dedicated NFC coil, but it didn’t add any bulk to the case to do it. The MagSafe ring is built onto the rear case to make the connection as seamless as possible.