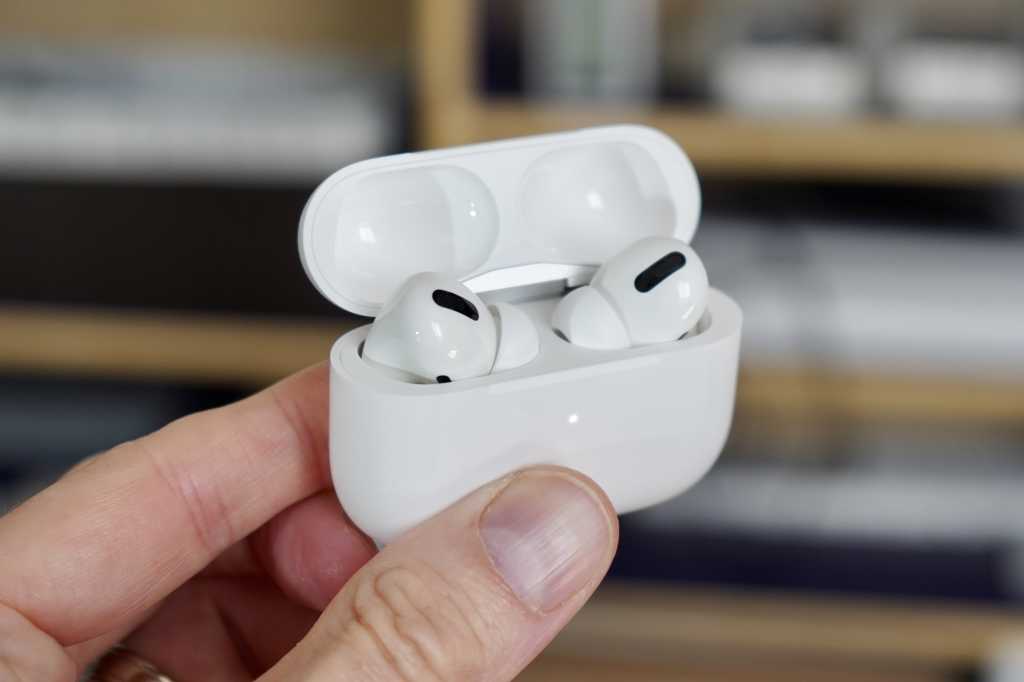 If you were disappointed with the lack of AirPods announcements at the iPhone 12 event, you might not have to wait much longer. A new report from Bloomberg says that Apple is working on two new AirPods models, including a cheaper AirPods Pro, as well as a third-gen AirPods and the long-rumored over-ear studio headphones.

According to Mark Gurman and Debby Wu, the new earbuds will feature a new H2 wireless chip and reportedly won’t arrive until 2021. The cheapest model, which looks to be a slight revamp of the existing AirPods, will have “a shorter stem and replaceable ear tips.” Despite a similar look, they would not, however, include the higher-end features of the AirPods Pro such as noise-canceling. it’s not clear whether Apple would keep the $169 (with wired charging case) and $199 (with wireless charging case) prices the same.

There will also be a new AirPods Pro model, Bloomberg reports, which would look to make them “more compact by eliminating the short stem that currently sticks out from the bottom.” A new design reportedly in testing “has a more rounded shape that fills more of a user’s ear,” not unlike the Galaxy Buds Live and Jabra Elite 75t.

However, the new AirPods Pro might be missing noise cancellation, one of the key features of the current model, as well as other features. According to the report, “integrating noise-cancellation, wireless antennas, and microphones into a smaller AirPods Pro casing has proved challenging” to the degree that Apple might deliver “a less ambitious design when the product is finalized.”

Gurman and Wu also believe that the long-rumored AirPods Studio headphones are still coming, bringing a new high-end option to Apple’s AirPods lineup. The over-ear headphones, which Bloomberg says “has faced several development challenges over the past two years and has been delayed multiple times,” will reportedly feature smaller touch pads and a non-replaceable headband after prototypes ran into issues. Sources told the publication that the final product, which has been rumored to ship before the end of the year, is “likely to lack a replaceable headband, but could still include interchangeable ear pads.”

Finally, while Apple has yet to ship the new $99 HomePod mini to customers, Apple is reportedly considering “a new HomePod that sits in size, price and sound quality between the original $299 HomePod and the $99 HomePod mini.” Details are sparse and Bloomberg isn’t clear if Apple would simply opt to reduce the price of the original HomePod further rather than launch a new model.