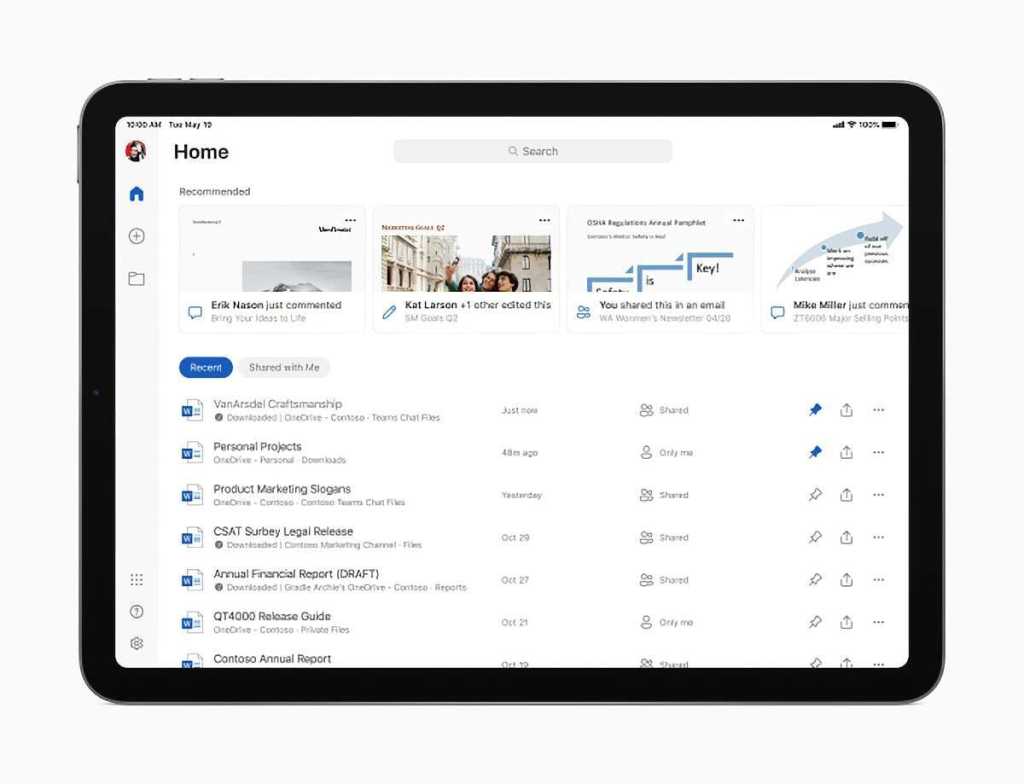 Microsoft of Monday announced that its Excel, Powerpoint, and Word apps for the iPad have new features to better take advantage of the platform. In a post on the Office Apps Blog, Microsoft said that the updates have started to be issued through a phased roll-out, with availability to all users in a “couple of weeks.”

iPad users who use the tablet with a Magic Keyboard or a mouse should take note of the update, which bring the experience a lot closer to that of Office on a Mac or PC. When using the Magic Keyboard’s trackpad, the cursor automatically changes to the appropriate tool when you move the cursor over the content you are working on. Microsoft also says the using a trackpad or mouse for common tasks is “as simple and intuitive as ever.”

Microsoft also has updated the start screens and there is a new ribbon of feature menu. The UI changes bring Excel, PowerPoint, and Word more in line with the experience on the desktop versions.

The updates work on the iPad, iPad Air, and iPad Pro.