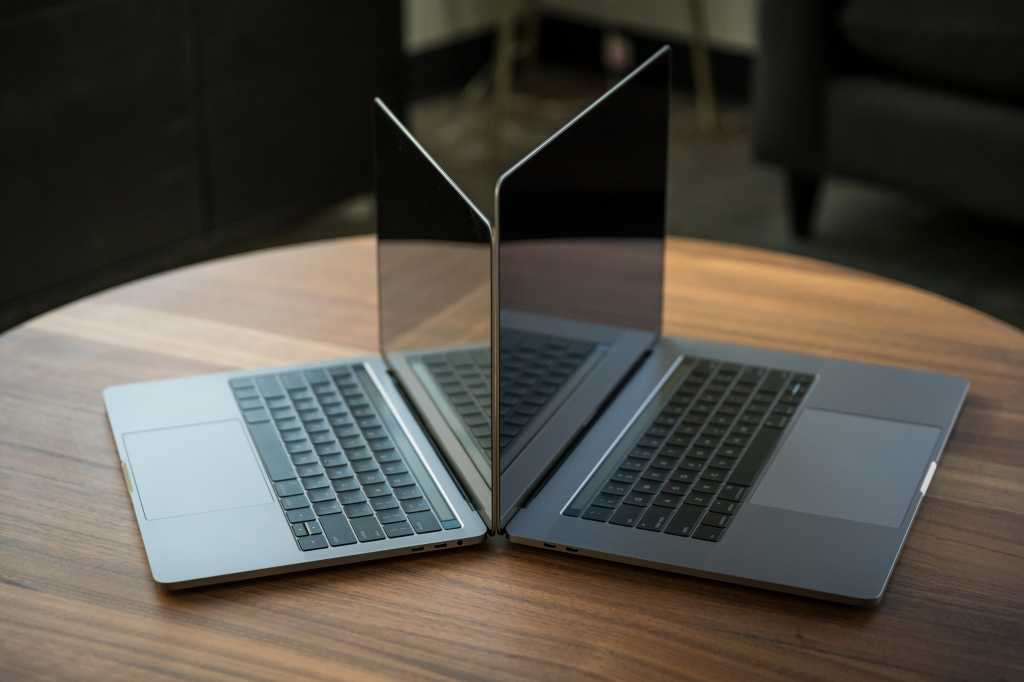 After years of speculation over whether it would happen, and months of rumors over how it will happen, the day’s almost here. This week, Apple is prepared to launch the third processor architecture transition in the history of the Mac.

In some ways we know exactly what to expect from this transition. We’ve seen the benchmarks on iPad and iPhone chips. We know that this will mean the ability to run iOS apps on Mac hardware, and we feel confident that performance and energy efficiency will be two major coups of the Mac switching to Apple’s own chips.

But, at the same time, we still don’t know the details of what approach Apple will take with the processor transition. As we sit just hours away from the announcement, there seem to be two distinct paths that Apple could take.

Back in 2006, when Apple made the jump from the PowerPC chips it had been using since the mid-90s to the Intel processors that powered the majority of the competing PC market, there was a lot of trepidation around the change, and not just for technical reasons. After all, Intel, with its cozy relationship with Microsoft and PC makers, had once upon a time been a symbol of everything Apple had stood in opposition to.

So, in no small part to assuage its customers that these new Macs would be just like the old Macs that they had come to know and love, Apple engineered a transition that was as boring as possible. Starting at that year’s Macworld Expo, the company slowly unveiled Intel-powered versions of its computers, which looked…exactly the same as their predecessors. Yes, the MacBook Pro name dispatched with the storied PowerBook line, but otherwise, there were no significant differences.

The same for the Intel-powered iMac, which outwardly was identical to the iMac G5 that it supplanted. They were followed by an Intel-powered Mac mini and, later that year, the Mac Pro, both of which used the same enclosures as their predecessors.

Only the MacBook, which didn’t appear until the the late spring of 2016, looked like a wholly new computer than its PowerPC counterpart, the iBook, which switched to a widescreen display and the “chiclet” keyboard it still has today.

Rumors of the upcoming Apple silicon transition certainly make it sound like the Cupertino-based company will follow this playbook once again. Recent reports suggest that the company will unveil two Apple silicon-powered MacBook Pro models in 13-inch and 16-inch sizes, as well as a 13-inch MacBook Air model, all of which are purported to be more or less resemble the existing models.

One wonders if we’ll once again see a name change to differentiate these laptops from the existing (and not too long ago revised) Intel versions. But in the end Apple looks to once again be saying “Don’t panic: these are exactly the Macs you’re looking for.”

As smart as a boring transition might be from a business perspective, it’s got that troublesome little word in it: boring. It’s hard to imagine Apple holding an entire event to show off new laptops that are basically just like its old laptops. If it were nothing but a speed bump, it could easily make that announcement via a press release.

There is something missing here.

When it comes to new products, Apple is all about creating a story. We’ve already seen hints of what Apple silicon processors might be able to offer the Mac, but we haven’t really had it tangibly demonstrated yet. Is the story that Apple is planning to tell us just about the sheer horsepower of these chips, or is it about something more—the groundwork this architecture lays for future innovation, for new capabilities, and perhaps even for types of Macs we’ve never seen before? These Macs might look like the Macs of yesteryear, but Apple’s surely going to want to tout how they are so much more than just faster chips in the same old package.

For example, running iOS apps on the Mac is great, yes, but how exactly will that work? Will the apps use the cursor support added to the iPadOS earlier this year? Or is there another story yet to be told about adapting touch-interface software to a product line that has never had a touch interface.

One big reason that Apple needs to present a story is that, radical or not, a transition will come with its share of disruptions: we’re already pretty sure, for example, that Apple will have no replacement for Boot Camp. And, of course, developers will have to adapt their software to work on the new platform, which might be harder for some than others. And though Apple has clearly taken pains to minimize those hitches, the company still needs to make a case for why any discomfort—temporary though it may be—is going to ultimately be a truly minor sacrifice for the huge improvements that this technology unlocks.

Is there a step three?

Of course, this is just the beginning of Apple’s transition. The company is in this for the long haul, and while my crystal ball is as unreliable as anybody’s, I don’t think it is outrageous to suggest that this is bound to be the Mac’s last processor transition. It’s hard to imagine that, having taken control of its entire platform, Apple would ever again outsource such a critical piece of technology to a third-party, short of an existential crisis.

Long term, the prospects for Apple silicon Macs are undoubtedly bright, but I look forward to having Apple tell us whether that future means we’ll need to wear shades. Having finally brought the hardware and software under the same roof, it’s time for us to sit back and now witness the firepower of these fully armed and operational computers.