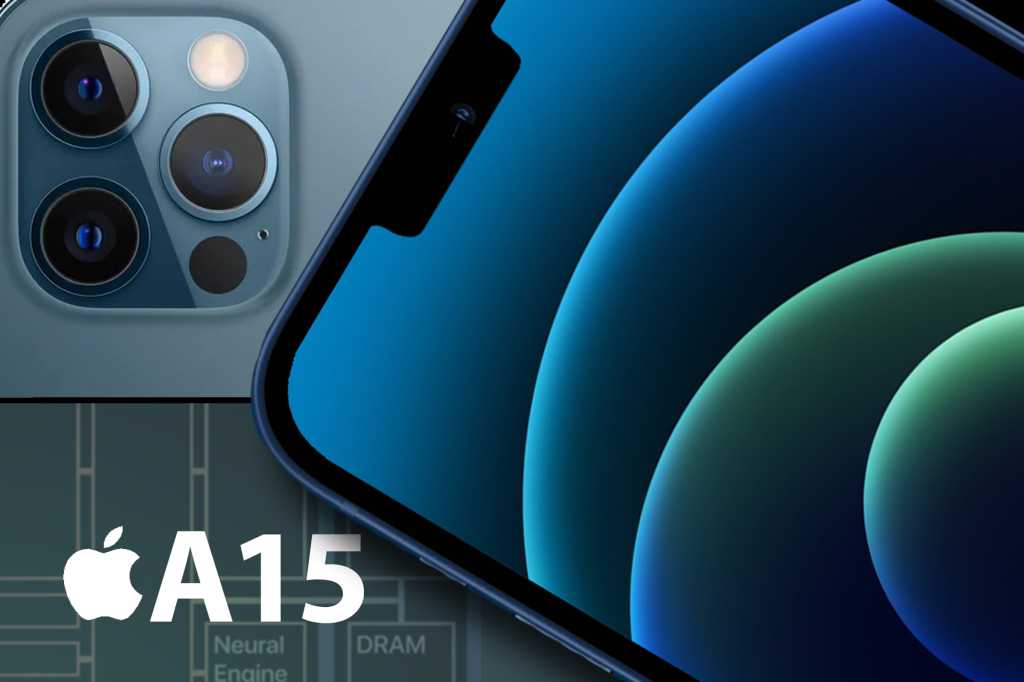 It feels like just yesterday when we were peeling the protective film from the iPhone 12, but the launch of the next model is just around the corner. While we’re not quite sure of the name (see below) we’ve already heard a lot about what the next iPhone will bring. Stay tuned to this article as we’ll update it with the newest and most credible reports as we hear them. Just remember, nobody knows for sure until Apple says so!

July 23: Twitter rumormonger LeaksApplePro says the size of the iPhone 13 notch will be 26mm versus 25mm on the iPhone 12.

July 18: Bloomberg’s Mark Gurman writes in his Power On newsletter that the iPhone 13 has may have “an Apple Watch-like always-on mode.”

July 16: According to occasional leaker Naver (via Phone Arena), Apple will be launching a new iPhone 13 Pro color called Sunset Gold as well as the return of rose gold, which was last seen in the iPhone 7. 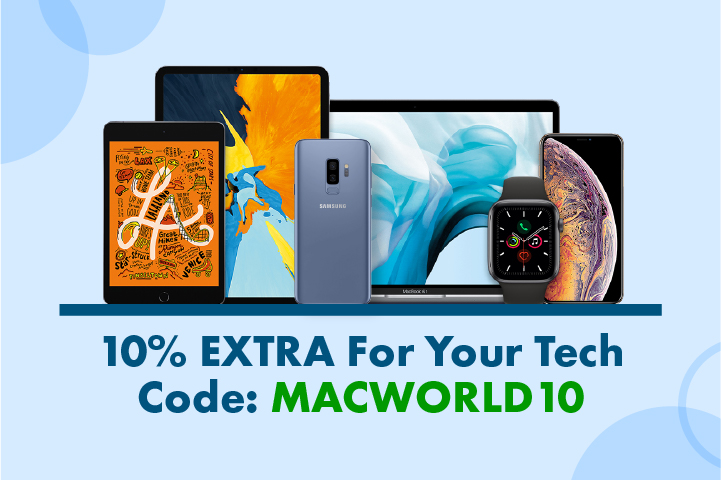 Get an instant valuation, ship your items for FREE and Decluttr will pay you the day after your items arrive. Decluttr pays up to 33% more than carriers and will lock in your valuation for 28 days, giving you time to upgrade!

What’s my device worth?

Based on the changes, the next iPhone seems to be more of an “S” upgrade, and some rumors suggest that Apple may indeed go that route. However, a more recent report in The Economic Daily News says Apple has decided to go with iPhone 13. The number 13 has an obvious “unlucky” connotation in the U.S., but that might not matter since the number is more for marketing purposes anyway. We ran a poll on Twitter and more than half of respondents wanted Apple to go with iPhone 13 as the name.

The new iPhone in 2021 is expected to stick to the same overall size and shape as the iPhone 12 models, including flat edges. The most notable cosmetic change on the outside is rumored to be a larger camera bump and a shift in the positioning of the camera, as seen in these dummies posted by Sonny Dickson on Twitter.

One rumor from Indian site MySmartPrice previously suggested that the two-camera variants (the non-Pro models) will have the lenses arranged diagonally in the camera bump, rather than vertically, so these dummies seem accurate. Because of the larger camera bump, and the fact that the phone body is rumored to be ever-so-slightly thicker, you shouldn’t expect iPhone 12 cases to work on iPhone 13. Based on Jon Prosser’s leaked CAD drawings for the iPhone 13 (below) as well as a case leak posted on Weibo, the camera array will be bigger and the phone will be slightly thicker as well.

As far as colors, we’ve heard rumors of pink and orange for the standard models, while Max Weinbach says the iPhone 13 Pro and 13 Pro Max will be getting a new matte black option that is darker than this year’s graphite color that replaced space gray. A report in July by Naver (translation) claimed the Pro would be getting a new Sunset Gold color that “has a bronze feel” while a “very pale” rose gold could also join the lineup.

The display cutout (aka “notch”) for the TrueDepth and other sensors has been with us since the iPhone X, and it may change its size for the first time with the 2021 iPhone. Apple is expected to move the speaker up to the top edge of the display area, clearing room for the camera and other sensors to move closer together, which will make the notch smaller. More recently, DigiTimes reported that Apple had “decided to scale down the die size by 40-50% for VCSEL chips used in 3D face ID sensors for new iPhone and iPad devices to be rolled out later in 2021,” a move that will cut costs and reduce the amount of space necessary to house the True Depth camera.

A Bloomberg report in July confirmed that Apple plans “to reduce the size of the front-facing camera and face unlock sensor cutout, or notch, to better match its rivals.” It also added that next year’s iPhone will likely have an even smaller notch. In late July, LeaksApplePro reported that the notch will be 26mm versus 35mm on the current model.

The smaller notch will allow for a little more room in the status bar, though we don’t yet know how Apple will fill it. We might get one additional indicator icon on each side of the notch. While a smaller notch probably won’t dramatically change the iPhone 13, it will probably be the most notable visual change to the new model.

According to Ming-Chi Kuo (via MacRumors), the ‌iPhone 13, 13 mini, and 13 Pro‌ will have the same f/1.6, 7-element wide-angle lens as the iPhone 12, while the 13 Pro Max will get a 7-element lens with a slightly improved f/1.5 aperture. Wedbush analyst Daniel Ives has repeatedly claimed that the entire iPhone 13 lineup may get the LiDAR sensor, while other analysts believe it will still be limited to Pro models, including a recent leak by oft-accurate Twitter user @dylandkt.

It is expected that the ultra wide camera on all iPhone 13 models will be improved from a 5-element f/2.4 lens to a 6-element f/1.8 lens. There is disagreement among analysts about whether this improvement will come to all models or just Pro models. Additionally, Kuo says all models will get autofocus on the ultra-wide lens rather than the fixed focus on the iPhone 12 so you’ll be able to lock in on nearby objects. Max Weinbach via EverythingApplePro also says portrait mode will be coming to videos, an extension of what’s already coming in the FaceTime app in iOS 15. A July Bloomberg report said enhancements will focus on “more advanced video recording features such as improved optical zoom.”

Leaked models show the placement of the cameras to be changing on the non-Pro models, which could signal a shift as well. While the cameras are placed vertically in the iPhone 12, they will reportedly use a diagonal placement for the iPhone 13, mirroring the layout on the Pro models. That means Apple could also change the position of the cameras as it implements changes to the ultra-wide lens. The new lens placement, as seen on this post on Weibo, could also bring features changes that haven’t yet been rumored.

Sensor-shift stabilization, currently only on the iPhone 12 Pro Max, is rumored to make its way across the entire iPhone 13 lineup. A recent report from DigiTimes seemingly confirmed that rumor, though we don’t know to which cameras it will apply. Sensor-shift stabilization, which steadies the sensor rather than the camera lens for improved blur reduction, is currently limited to the wide lens of the iPhone 12 Pro Max.

After years of the iPad Pro being the only Apple device to feature a refresh rate higher than 60Hz, we may finally get 120Hz ProMotion in this years’ new iPhones. The 120Hz ProMotion display is likely to be limited to the iPhone 13 Pro models, and it will still be an OLED display.

Max Weinbach of the EverythingApplePro YouTube channel reports that the next iPhone could have an always-on lock screen. You will see the clock and battery life indicator, and notifications will appear, though we don’t know what other information (if any) will be featured. To conserve battery life, Apple could use an LPTO (low-temperature Polycrystalline oxide) OLED display like the one in the Apple Watch. In July, Bloomberg’s Mark Gurman also reported in his Power On newsletter that the iPhone 13 has “the potential of an Apple Watch-like always-on mode and a 120Hz refresh rate.”

As is true every year, we expect the next iPhone to feature an all-new Apple-designed processor. This one is likely to be called the A15, and it will probably be produced by TSMC on an enhanced 5nm process. Expect some small-but-significant improvements to CPU and GPU performance, along with a faster Neural Engine, image processor, and enhanced energy efficiency.

Several leakers and analysts say that this will be the first year that Apple will produce an iPhone with a 1TB storage option. However, a recent report from TrendForce counters that claim, saying Apple is sticking with 512GB at the upper end. In late July, however, Wedbush re-affirmed its claim that Apple will be offering a 1TB option for the iPhone 13 Pro.

When it comes to wireless technology, the whole lineup will almost certainly once again feature 5G, this time using the Qualcomm Snapdragon X60 modem. A DigiTimes report claims that Apple will incorporate Wi-FI 6E in the iPhone 13, joining the likes of the Samsung Galaxy S21 Ultra and Xiaomi Mi 11 Pro. For more on this new Wi-Fi standard, check out our Wi-Fi 6E guide.

Some rumors suggest the battery will be a little larger this year, likely to help offset increased power use from the ProMotion display or always-on lock screen. Twitter leaker L0vetodream who has a very reliable track record, has tweeted possible capacities for the iPhone 12, and they are much bigger than their predecessors. According to the account, the iPhone 13 Pro Max will have a 4,352mAh battery, while the iPhone 13 and iPhone 13 Pro have 3,095mAh batteries, and the iPhone 12 mini’s battery clocks in at 2,406mAh. That compares to 3,687mAh (iPhone 12 Pro Max), 2,815mAh (iPhone 12/12Pro), and 2,227mAh (iPhone 12 mini).

However, larger batteries doesn’t necessarily mean the phone will last longer. Apple might need the extra juice to power the always-on display.

Apple introduced iOS 15 at WWDC, and it brings several enhancements to the iPhone, including new FaceTime features, a robust sharing platform, better notification management, and a lot more. All of these features will be available on the iPhone 13 when it ships in the fall, along with others that are exclusive to the new hardware, including the rumored always-on display.

The iPhone 13 lineup is expected to be announced at an event in September. Recently Wedbush analyst Dan Ives told investors that he thinks an announcement will happen during the third week of September (likely Tuesday, September 14 or Wednesday, September 15), which would be about a month earlier than last year, but in line with Apple’s usual release schedule. Preorders typically start a few days after the event, and at least some models of the phones are usually released two or three weeks later.

We haven’t heard any rumors about the price yet, but we assume it will be in line with the iPhone 12.