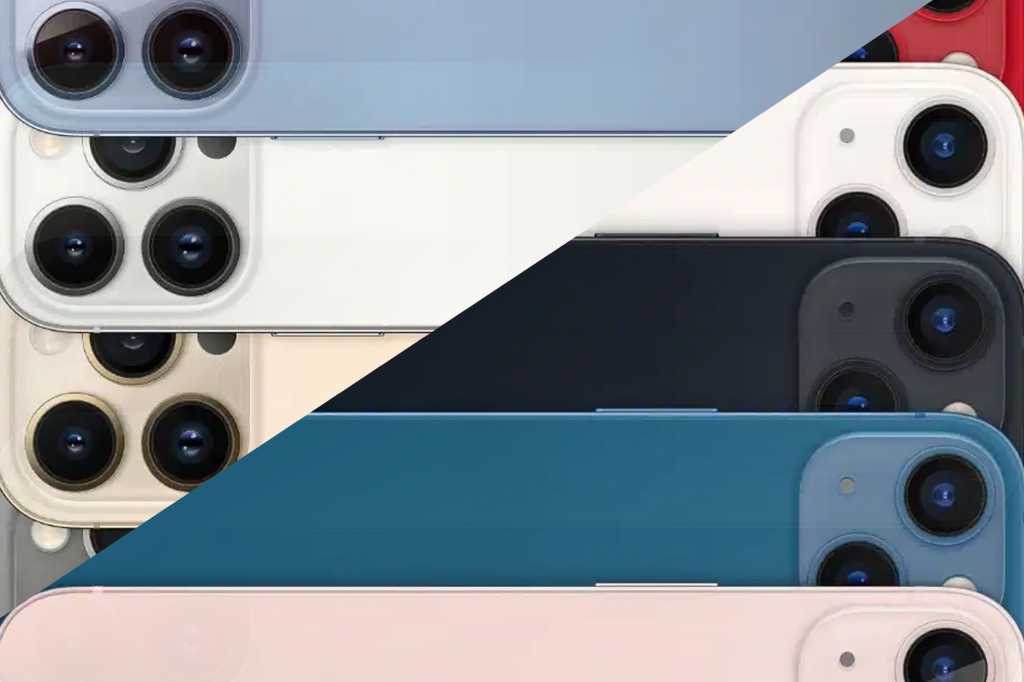 iPhone 13: How do the models compare?

Let’s start with some top-line specs. Here’s how the two regular iPhone 13 models stack up:

These are the two Pro models compared:

We’ve also looked at the two lines and explained the differences between them in greater depth. It basically boils down to display, camera, and craftsmanship, but there are other subtle enhancements on the Pro models.

iPhone 13: Which model should you buy?

iPhone 13: What are the new features?

While the iPhone 13 may look a lot like the iPhone 12, there are a bunch of new features that improve the most important parts of the phone, namely the camera, display, and processor.

The iPhone 13 has the same overall size and shape as the iPhone 12, but they’re slightly thicker. Also, the camera array has been slightly changed and the non-Pro models and is much larger on the 13 Pro and 13 Pro Max. All models feature a smaller notch as well. As with the iPhone 12, Apple has different colors for the two models.

The iPhone 13 and iPhone 13 mini now have the larger wide camera sensor found in last year’s iPhone 12 Pro Max. That means a 1.7-micron pixel sensor that captures 47 percent more light, for better low-light performance. The ultra-wide camera has similar specs to last year’s model, but Apple says it is new as well. Of course, the A15 Bionic means better image processing.

To that end, Apple is introducing a new Cinematic Mode for shooting video. It shoots in Dolby HDR and allows for a slick new automatic (or manual) rack focus mode that lets you change focus even after shooting. A new Photographic Styles feature lets you choose and customize one of four different styles that will get applied during the image processing pipeline, rather than a post-processing filter.

The iPhone 13 Pro and Pro Max have even more improvements. The new telephoto camera has a 3x zoom (77mm) and now supports Night Mode. The UltraWide camera has an f/1.8 aperture and autofocus, which Apple says improves low light performance by 92 percent. The standard 12MP wide camera is even bigger with 1.9-micron pixels and an f/1.5 aperture, which combine to a 2.2x improvement in low light, according to Apple. The new lens array focuses as close as 2cm, which allows for greatly improved macro photography.

With iOS 15.1, Apple introduced ProRes recording to the iPhone 13 Pro, enabled by new hardware-accelerated encoding in the A15 Bionic. You’ll be able to capture ProRes video up to 4K at 30fps.

The regular iPhone 13 and iPhone 13 mini have a new OLED display that matches the performance of the iPhone 12 Pro from last year. The brightness goes up to 800 nits (up from 625 in the iPhone 12) and with HDR content, up to 1200 nits (the same as before). Apple says the improved power utilization of these new displays means they can hold peak brightness longer.

In the iPhone 13 Pro and Pro Max, the standard display brightness goes up to a maximum of 1000 nits (up from 800 in the iPhone 12 Pro). The iPhone 13 Pro models also now support ProMotion like the iPad Pro, with variable refresh rates from 10Hz to 120Hz. 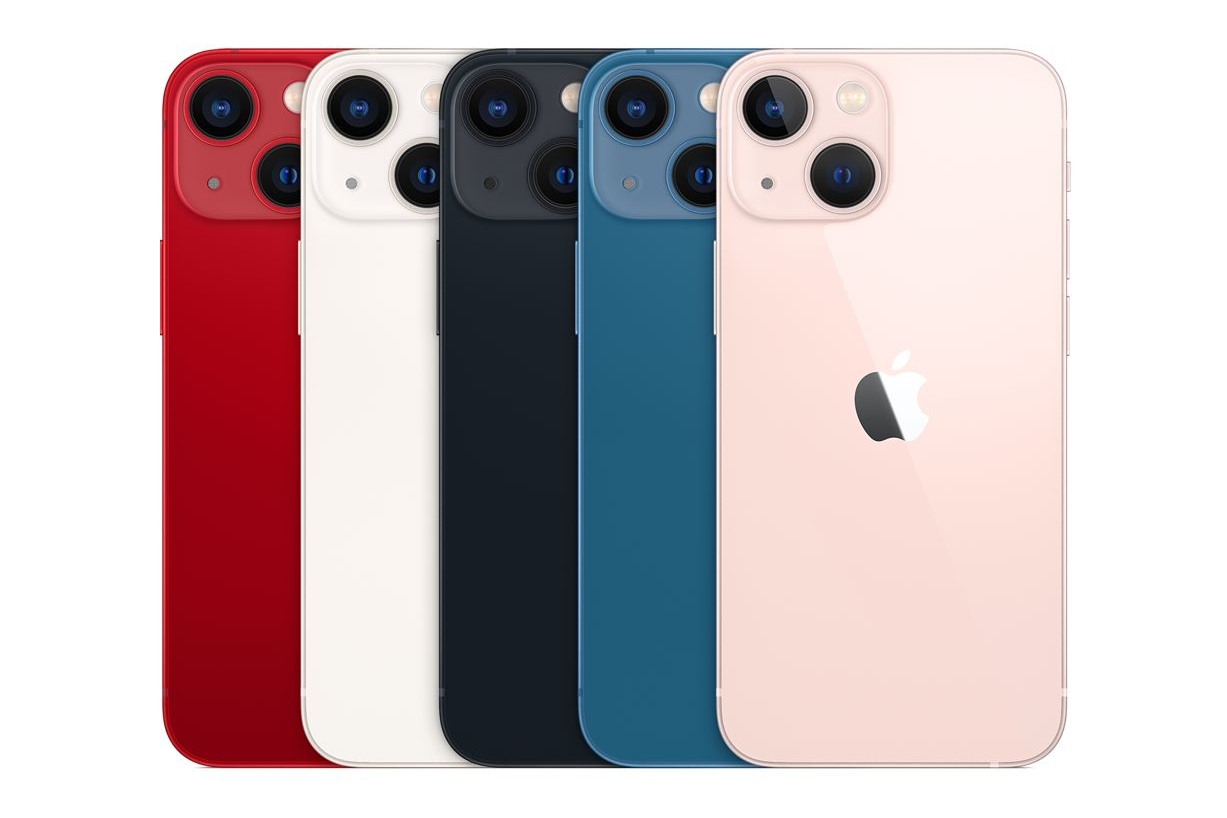 Apple says the A15 is the fastest processor ever in a smartphone but doesn’t directly divulge performance metrics. It still has a 6-core CPU, with two high-performance cores and four high-efficiency cores, which Apple says are up to 50 percent faster than the fastest competing smartphone processor. The 5-core GPU is, Apple says, up to 30 percent faster than any competing smartphone chip. Note that the iPhone 13 and iPhone 13 mini only have a 4-core GPU, so graphics performance will be a bit better in the Pro models.

There’s still a 16-core Neural Engine, but it now performs up to 15.8 trillion operations per second, while the Neural Engine in the A14 could do 11 trillion.

Apple put larger batteries in all the iPhone 13 models, relative to their iPhone 12 counterparts. The batteries have a capacity around 10-15% greater (depending on model), and are accompanied by a host of other improvements like more power-efficient displays and networking components. And ProMotion’s ability to use a lower refresh rate is a big benefit to the Pro models.

The result is incredibly good battery life, often hours longer than the comparable iPhone 12 model. If you’re coming from an older iPhone, you’ll be shocked to see that Apple has essentially doubled battery life in the last three years.

This is double the storage on non-Pro models, compared to last year. On the Pro models, the only change is the addition of a 1TB option.

iPhone 13: What are the prices?

The iPhone 13 and 13 Pro cost the same as the iPhone 12 and 12 Pro. Here are the prices for the unlocked models. Apple charges $30 less for the non-Pro models if you activate through a carrier.

Because the phone is slightly thicker and the camera array is a little bigger, older iPhone 12 cases won’t fit quite right on the iPhone 13. We’re still testing cases as they come in, but we’ve already compiled a list of our favorite cases for the iPhone 13.