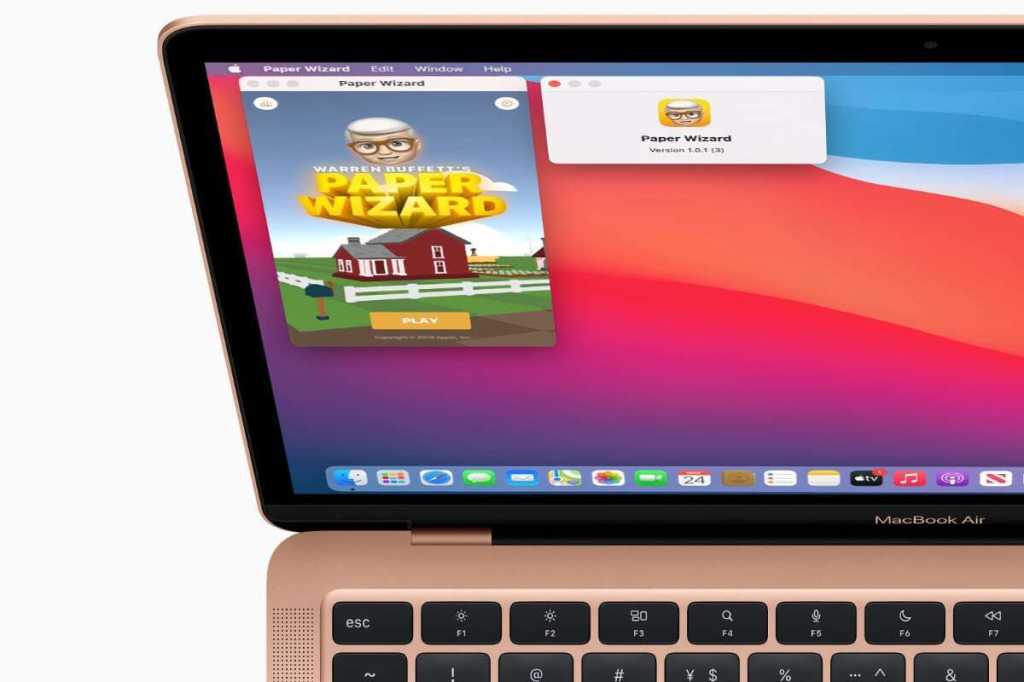 If there’s a single disappointment in the release of Apple’s first wave of M1 Macs, it’s the lackluster launch of iOS apps running inside of macOS. What should be an amazing unification of Apple’s platforms and a massive expansion of the Mac software base is, instead… kind of a non-event.

Running iOS apps on the Mac can be a little weird, it’s true. But it can sometimes be good. Unfortunately, a lot of interesting iOS apps just aren’t available at all, because their developers have removed them from the Mac side of the iOS App Store.

It’s not a great situation. It needs to get better. Here are some ways that might happen.

What developers can do

Though iOS app developers with the Apple silicon Developer Transition Kit could build their iOS apps for Mac and run them to get an idea how they’d perform on macOS, I understand that many developers didn’t do this, and others didn’t feel comfortable letting their iOS apps out into the wild without first giving them a try on a real M1 Mac. A lot of them opted to just stay on the safe side and opt their apps out.

But I hope it’s a temporary situation. While iPad and iPhone apps have some quirks in a Mac context, they honestly work better than I expected. And I think users are probably more forgiving of quirks than perhaps developers are. I hope that perfect won’t be the enemy of good, and that users won’t be deprived of apps they love from iOS just because they’re not quite up to a developer’s very high standards.

What I’m hoping is that developers will look at how their iOS apps perform on the Mac and decide that they do want them there—and will be driven to improve them. Improving support for iPad features like cursors and keyboard shortcuts will make an app better on the Mac, too. And developers can go even further by embracing Catalyst, which lets those iOS apps run as full Mac apps, with a more normal menu bar and other Mac adaptations. (Apps running with Catalyst will also run on the installed base of Intel Macs, which will be a majority of Macs in operation for a few years yet.)

Finally, I’d encourage app developers to listen to their customers and understand that an iOS app might be a better option than the alternative. I’m so sick of being kicked to lousy web-based experiences on the Mac when there are excellent apps for those services on iOS. Even a slightly strange iOS experience, running in a standalone app, beats out keeping it in a Safari tab that I’ll invariably close by accident.

What Apple can do

This isn’t all on developers. If Apple wants to benefit from having iOS apps run on all future Mac hardware, it’s going to need to keep pushing.

Part of that push will need to come on the software side. Apple needs to continue to develop Catalyst and make it as easy as possible for iOS developers to make apps that work great both on iPads with the Magic Keyboard attached, and on Macs. The less work developers have to do to make their apps great across a wide range of Apple devices, the more likely they are to do the work.

Apple needs to bring across more of its own technologies, too. The Shortcuts app is a key way to automate functions on iOS, but it doesn’t exist on the Mac, and many iOS apps will be a little less functional until it does.

But Apple’s biggest impact can come with the decisions it makes about hardware. The reason some iOS apps feel weird on the Mac is that they were designed for touch, not for a cursor and keyboard. Introducing Macs with touchscreens won’t change the Mac’s status as a mouse-first operating system, but it will offer alternate modes of input—and open up better compatibility with some iOS apps.

And imagine if Apple made a two-in-one convertible laptop, with a screen that could be wrapped around the back to make it temporarily more like an iPad. A lot of users would love a laptop that could transform into a tablet from time to time—but the apps need to be there.

What users can do

Developers have it rough. They’ve spent the summer wrestling with some major changes in macOS Big Sur, plus the transition to Apple silicon. They deserve your respect and your politeness.

That said, if there’s an iOS app that you love that’s not available on the Mac, it’s worth politely contacting that developer. Explain to them—politely!—why you want to run that app on the Mac, and why it’s a superior option to whatever their Mac solution is today. The more demand developers hear, the more likely they are to prioritize bringing their iOS app to the Mac.

Another thing to keep in mind: Every iOS developer is a Mac user, because the only way to develop apps for iOS is to use Xcode. This means that most iOS developers aren’t going to look down on Mac users who want their favorite iOS apps to run on the Mac—because they probably do, too.

Finally, all of us need to be patient. It’s the very earliest days for Apple silicon on the Mac. I’ve talked to some developers who have been working on bringing their iOS apps to the Mac since the initial Mac Catalyst announcement in the summer of 2019—and they’re still not there. The first version of Catalyst was limited, and so many of them waited for the version in Big Sur. It takes time to do it right. I’m confident that more apps are on the way. But we all need a little patience.

Still, developers: If your app runs okay on the Mac and there’s no huge business reason to bar Mac users from using it, why not check that box? Chances are good that your customers will thank you for it.