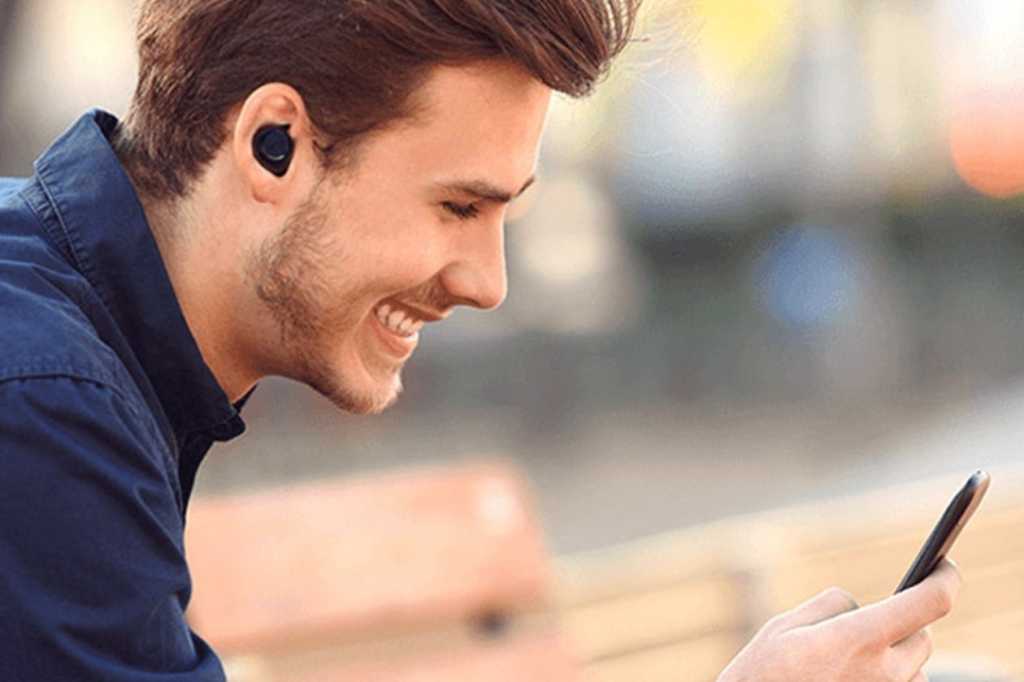 Black Friday and Cyber Monday have come and gone, but that doesn’t mean it’s too late to score great deals on gifts for the holidays. If you’re in need of gift-giving inspiration that won’t break the bank, we’ve rounded up 10 deals that are all below $50, but you’ll want to grab them as soon as possible.

There never seems to be enough power outlets to charge your devices when you’re on a family vacation. The QiStone2 can help by charging one device wirelessly and two additional devices via USB. It features a battery capacity of 8,000 mAh, which is enough to charge two devices to full charge.

No one can deny the AirPods Pro’s appeal, but at $249, they’re not exactly the most affordable option out there. With the EarFun Free, you don’t have to pay an arm and a leg to enjoy true wireless audio. These wireless earbuds offer Bluetooth 5.0 connectivity up to 49 feet, IPX7 water resistance, 6 hours of battery life off a single charge, with 24 hours of additional battery from its charging case.

The Apple Watch might just be the smartwatch on the market. But the included charging dock? Not so much, especially if you need to bring one on the go. This wireless keychain is a much more elegant solution, allowing you to charge your Apple Watch without any cable clutter.

Not to be crude, but you haven’t truly lived until you can enjoy a bathroom break without toilet paper. This SlimGlow Bidet Attachment offers a much more sanitary way to handle your business and can connect to your existing toilet without special tools or electricity. All you have to do is connect it to your toilet’s water supply and wash your problems away.

We all know that exercising your body will lead to a more defined physique, but we tend to neglect our face. If you want to have a slim, well-defined jawline, you need to put in the reps, and the Jawzrsize can help. Jawzrsize, as seen on Kickstarter, activates 57 muscles and can reduce your double chin, tone your muscles, and strengthen your jaw overall by exercising for just 20 minutes each day.

Whether it’s a camping trip or a beach day, nothing livens up the party like a powerful Bluetooth speaker. The HD7 by TREBLAB is the perfect outdoor speaker thanks to its IPX6 water resistance and its 360-degree HD surround sound. It also offers 25 hours of battery life and can charge within 3 hours, making it the perfect choice for your next weekend getaway. The TREBLAB HD7 currently has 4.5 out of 5 stars on Amazon, making it one of the most popular gifts on this list.

We all love our furry little friends, but they can be hard to love at times, especially when they leave a lingering odor. The VentiFresh ECO eliminates your pet’s odors by absorbing them and decomposing them through natural photosynthesis, which is the same technology used by NASA in the ISS! Simply plug the VentiFresh into an outlet or power bank to deodorize your bathroom, your car, your fridge, your gym bag, and more.

Fun outdoor activities like birdwatching, sporting events, or traveling oftentimes involve examining fine details that are hard to appreciate from far away. With this high-definition monocular telescope, you get 50×60 magnification, giving your a front-row seat of the action without losing out on image clarity. Best of all, it can be used in conjunction with your smartphone to take zoomed-in pictures of distant objects.

An Apple Watch is a great gift that anyone will love, but if you have a strict gift budget this season, you can’t go wrong with this affordable smartwatch alternative. It features all of the fundamental features a smartwatch should have, including health monitoring, activity tracking, and even SMS and call notifications. Plus, it delivers an impressive 7 days’ worth of battery life from active use, and 20 days while on standby.