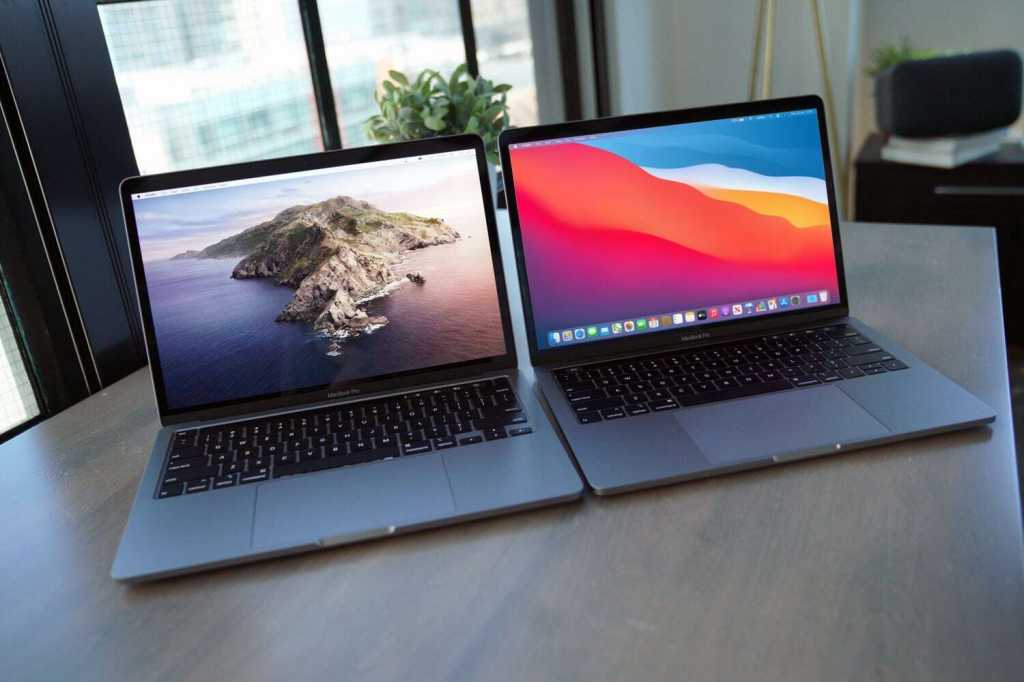 2020 was a big year for the Mac—and we shouldn’t take that for granted. The first year I started predicting things in this column, I felt a little optimism about 2016, and it turned out to be an almost vacant year for the Mac. The last few years show that Apple has become more attentive to the Mac, culminating in a year that might not have been as revolutionary as I was expecting, but still a landmark in Mac history.

So with the M1 processor here and Apple in the midst of a major processor transition, there’s no doubt that 2021 will be an interesting one for the Mac! Change will abound! The question is… what form will that change take?

Time for a new iMac?

Today’s iMac design is a variation on a design from 2007, refined in 2012. That’s an awful long time to go without a redesign. And so for the last few years I’ve been predicting an iMac redesign—but to no avail.

I shall persevere. There’s so much opportunity for Apple to rethink the iMac, especially with the advent of Apple silicon. 2021 is going to be the year.

I predict that the current 21.5-inch iMac is history, replaced by a model with a larger display. Some of the design changes are obvious, such as much smaller bezels all around. The easy bet is that Apple will shrink all the bezels, upgrade the camera (maybe to add Face ID to the Mac for the first time), improve the display’s dynamic range (MicroLED displays are rumored), and keep it all wrapped in a familiar shape.

My hope is that Apple will go a little bit further, taking a page from Microsoft’s Surface Studio and making the iMac able to drop down into more of a drafting-table configuration, where it can be driven by an Apple Pencil, if not fingertip input. But my bet is that Apple will take the conservative route and make an iMac that seems familiar, yet updated for a new decade.

The larger iMac should get a new design, too. I wonder what Apple thinks the upper range for an iMac screen is. Would it make a 30-inch iMac? What about 32 inches, like the Pro Display XDR? Some display size can be added just by shrinking the bezels, but perhaps Apple will follow the bigger-is-better rules learned in the smartphone market and just go all-out. A 32-inch HDR iMac that takes some lessons from Apple’s ultra-high-end monitor would definitely be interesting.

I personally don’t think the iMac Pro is ever going to be updated, but regardless of how products are named, Apple knows that a lot of high-end users use iMacs. The M1 processors introduced this fall are impressive in terms of performance, but there’s got to be another shoe yet to drop there. I could see the larger iMac being held until later on in the year just so that it can ship with a more powerful piece of Apple silicon inside.

Update all the MacBooks

But once there’s a faster chip available, I think Apple will update both models. The 16-inch model will probably look more or less like the current model, which was recently upgraded from the old 15-inch model. As for the high-end 13-inch model, this is Apple’s opportunity to differentiate it from the low-end 13-inch model just released, by giving it the 16-inch makeover treatment and turning it into a 14-inch MacBook Pro.

On my ain’t-gonna-happen wish list: A new laptop, thin and light and small, the follow-on to the classic 11-inch MacBook Air. Seriously, Apple, I’d take a 12-inch MacBook with the new Magic Keyboard and an M1 processor in a heartbeat.

There’s no doubt in my mind that Apple will be releasing Macs containing Apple-built processors we haven’t seen before in 2021. The high-end iMacs and MacBook Pros demand it. The question is, do we see those new processors before next fall?

I’m going to say no. I think any new Macs released in the first half of 2021 will be based on the M1 we’ve already gotten to know. It’s incredibly fast and capable, easily able to drive a new iMac. And then in the fall, we’ll see an M2 that will be used in the higher-end Macs.

What I’m very curious about is how Apple will approach variations on its Mac-based processors. All of today’s M1 chips are more or less identical (with chips without eight good GPU cores being cast down into the low-end MacBook Air). But to differentiate on the higher end, Apple may want to design a few different chips with more CPU and GPU cores. Will we see that in 2021, or will that be more of a 2022 thing? Will Apple serve up a variant of the M1 in the spring, rather than waiting for fall for a new generation?

I really don’t know, but if forced to choose, I will guess that Apple keeps it simple for another year. They released the M1 in 2020, they can release an M2 in 2021, and then gear up for completing the transition in 2022 with higher-core versions of the M2 or even a more capable M3. The speed of the M1 processors means Apple doesn’t have to force things. It’s got time to make the transition it wants to make.

I have two more Mac predictions to make. On the macOS side, I think Apple will just keep plugging away. New features of Apple silicon may require new features rolled into the OS, but otherwise I think macOS updates are going to be far more incremental than in recent years. It’s time for Apple to push things forward, fix bugs, deal with the quirks of Mac Catalyst and running iOS apps on Mac, and continue to develop SwiftUI. I expect a lot less drama on macOS than we’ve seen in a few years.

Finally, I’m going to go against my better judgment and predict the appearance of an Apple standalone external display other than the Pro Display XDR. It’s not like Apple to leave money on the table, and there’s a huge opportunity for the company to release a Very Nice Display that doesn’t cost $5,000 but pairs well with Macs and generates a tidy profit. Apple surely has noticed that the quality of existing external displays is lacking.

It’s time. Whatever display Apple uses to drive its new larger iMac, I predict that it will also sell a standalone version. Don’t get your hopes too high—it will cost a lot more than you hope. But that’s Apple. And Apple will sell a bunch of them, to pair with speedy new Apple silicon Macs.