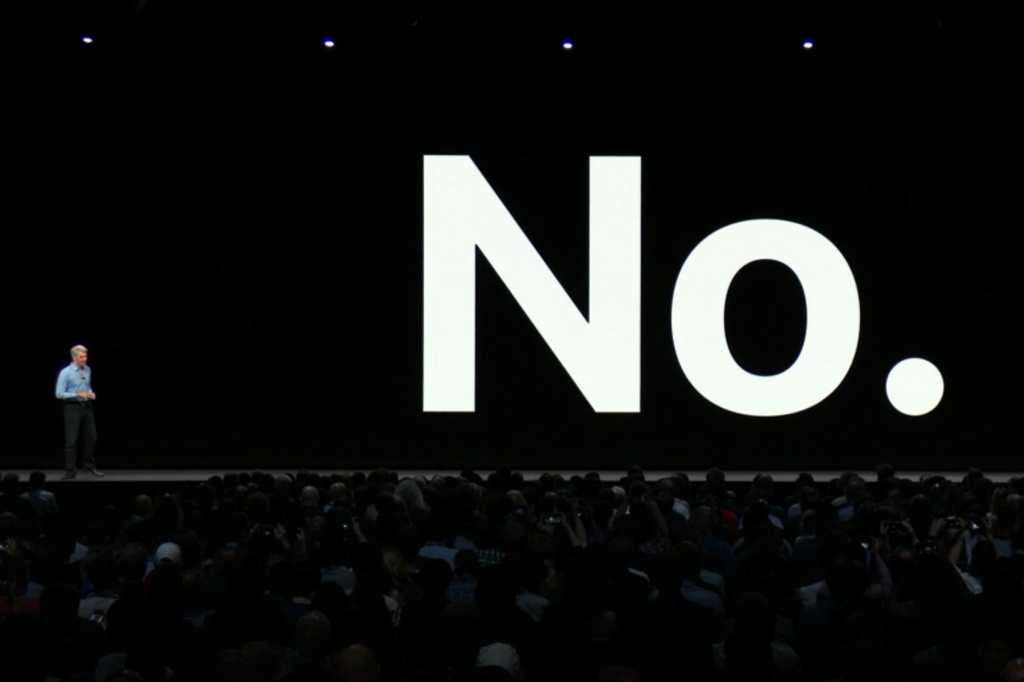 No matter what Apple product you were lucky enough to get this holiday, you can be assured of three things: It’ll “just work” out of the box. It’ll do exactly what you want it to do. And it’ll last as long as you need it to.

That’s the not-so-secret secret to Apple’s success. Apple might sell more devices than ever, but it’s never going to be like like Google or Amazon and blanket the landscape with products, so the ones it makes are built to make an instant impact. Instead of cramming as many features as possible into the latest iPhone, for example, Apple chose the features that will matter most, even if it means lagging behind its competitors with things like super zoom and 120Hz displays.

It’s all part of Apple’s philosophy: a thousand nos for every yes. It’s why we hear about products for years before they release and why features often arrive late to the party. It’s also why bad products, such as the MagSafe Duo Charger, are so surprising. Since the iPod launched in 2001, you can count on one hand the number of Apple products that flopped—and you probably wouldn’t need all of your fingers.

So when a pair of $549 headphones come along a week before Christmas in the middle of a pandemic, they’re instantly backordered until March before anyone has a chance to even see a pair in person, let alone hear them. You might roll your eyes, but the fact of the matter is Apple has earned a lot of trust. Its track record over the years is such that a new product with an exorbitant price tag sells out before it even reaches shelves.

Granted, most people won’t fork over $549 for a pair of headphones, but those people weren’t willing to shell out $600 for the first iPhone, either. Or $399 for the original iPod. But massive sales are never Apple’s motivation for launching a new product. Rather, it’s about making something that fills a void we didn’t know was there and fixing problems we didn’t realize existed. Apple philosophy of “no” means it won’t ship a new product unless it can match or surpass its peers, even if it comes at a much higher price.

Just like the original iPhone and iPod, the AirPods Max won’t be overpriced forever. But its inevitable affordability won’t bring a reduction in what makes them worth $549. It’s not the choice of materials or the comfiness of the headband that makes the AirPods Max worth $549 for so many people. It’s the trust that they will deliver an experience unlike anything you can get with the similarly specced Sony XM4 or the Bose 700 headphones.

Apple’s strategy isn’t about reinventing the wheel. It’s about finding a balance between what we want and what we need in a product that feels both familiar and new. I’m quite certain there are AirPods Max prototypes at Apple Park that would have been cheaper or arrived earlier, but that’s never been Apple’s objective. It’s about delivering the best possible product in the simplest package.

The experience is the difference

You don’t have to look hard to see how Apple’s philosophy of “no” pays off. The original $399 iPod was written off as an overpriced vanity project, and it took years before people realized how impactful it was. Before very long, there were iPods that cost $249, then $99, and inevitably a slew of imitators.

But no imitator could replicate the iPod’s success. Microsoft famously tried with the Zune player, but despite a look that was extremely reminiscent of the iPod, it never panned out. You could argue that Microsoft was late to the party, but that doesn’t quite explain things. It’s not just bad designs that Apple rejects, it’s also bad user experience, down to subtle things that most companies barely even notice.

The bottom line is the Zune player didn’t deliver the seamless experience that the iPod did. The iPod’s drag-and-drop simplicity was a large part of its appeal and it likely wouldn’t have succeeded without it. The same goes for the iPhone’s multi-touch user interface. Apple’s price tags may be high, but so are the expectation it brings for not just the design but also the ease of use. Few companies can deliver an experience a seamless and delightful as Apple can, and millions of people are willing to pay a little extra to get it.

Or in the case of the AirPods Max, a lot extra. Call it the Apple Tax if you must, but the price tag of Apple’s latest headphones, much like the AirPods Pro, aren’t high for the sake of being high. From lightning-fast pairing to spatial audio and quick auto switching between devices, the AirPods Max deliver an experience that’s basically unsurpassed in high-end Bluetooth over-ear headphones, and that’s before you even hear them.

That philosophy of “no” could soon play a huge role in what could be the biggest risk Apple has ever taken. Rumors have recently cropped up about the development of an Apple car, a venture that would require a much bigger leap of faith than a pair of headphones. I’m still not convinced we’ll ever see an Apple logo on the front of a car, but for the sake of this argument, let’s assume it’ll happen.

It might sound like a crazy leap from headphones to a car, but the same philosophy that delivered the AirPods Max could bring an Apple car that exceeds expectations of what we expect a car to be. Much like the AirPods Max, an Apple Car could be a seamless extension of the Apple ecosystem, bridging your home and mobile lives in a way CarPlay can’t.

Granted, a $60,000 car is a bit more of an investment than anything Apple has ever made (maxed-out Mac Pros notwithstanding), but the same attention to detail and experience that made the AirPods Max an instant sellout could make an Apple car a hit as well. Much like the AirPods Max experience is its best feature, the pain point we have with cars usually has less to do with the driving experience and more to do with the console. By saying no to many of the compromises we need to make with cars, Apple could deliver a driving experience unlike anything we’ve previously experienced.

And all it’ll take are a whole lot of no’s to get there.