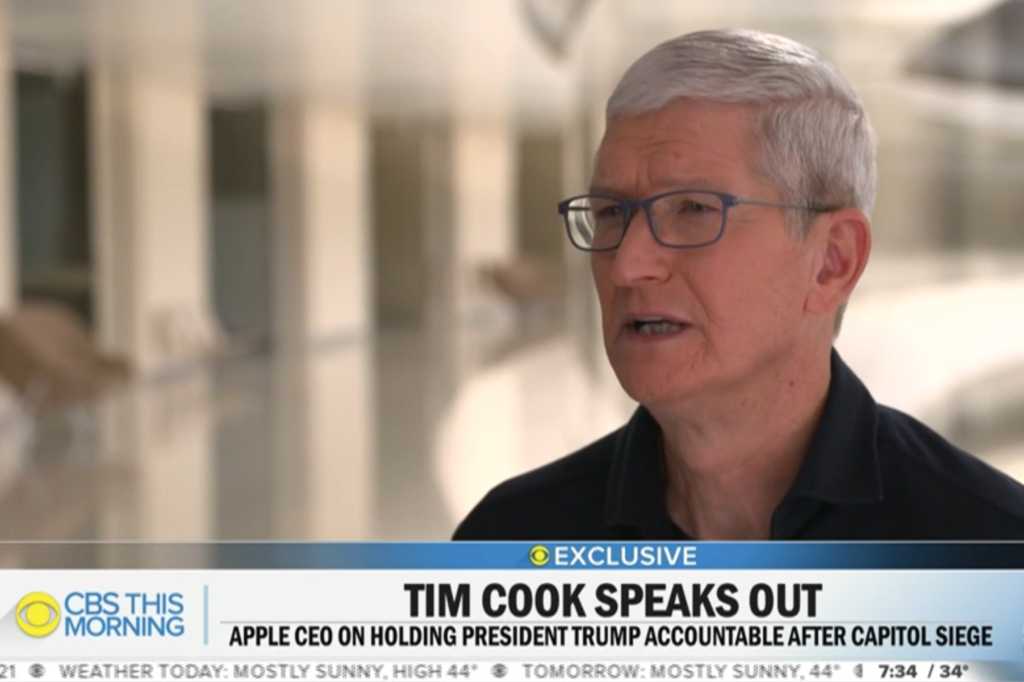 In an exclusive interview with CBS This Morning anchor Gayle King, Apple CEO Tim Cook will speak out about removing the controversial social media app Parler from the App Store as well as accountability following the siege on the Capitol.

Update 1/13/21: Apple has announced a new education and innovation hub as part of its pledge to fight racial inequity.

He’ll also have “a big announcement” to make. In previewing the interview, King said the timing of the interview is unrelated to current events and was previously scheduled. “He didn’t sit and say, ‘I want to talk to CBS about this.’ This was an interview that was scheduled because they have a big announcement that they want to announce tomorrow.”

Before you get too excited, King clarified that “it’s not a new product,” but added that it’s “bigger and better than that.”

“What we’re going to tell you about tomorrow is very exciting,” she said.

The interview was conducted remotely, with Cook at the company’s Apple Park headquarters and King at the Apple Store. Cook will touch on numerous topics, including privacy, accountability in government, and the aftermath of the assault on the Capitol.