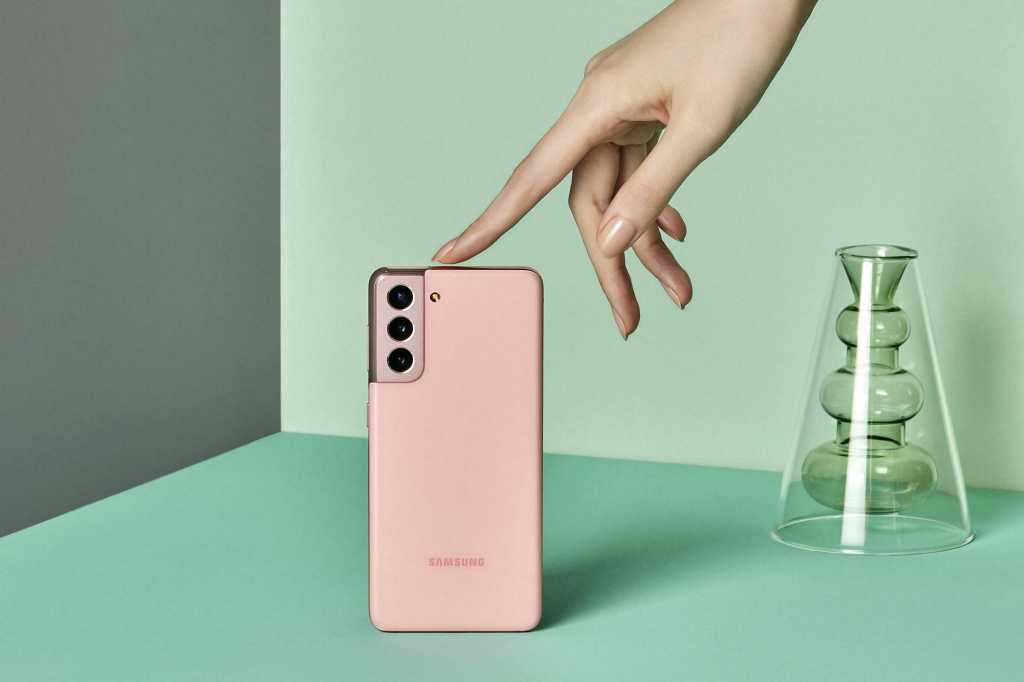 Apple isn’t exactly known for its low prices. The iPhone X was the first handset to cost more than a thousand bucks, the wheels for the Mac Pro cost $699, and just last month it launched a $549 pair of AirPods. Heck, it sells a charger that isn’t even very good for $129.

But when it comes to its phones, Apple consistently gets it right. It’s true that the most expensive iPhone 12 tops out at $1,399, but for the most part, the iPhone 12 is very attainable, even with 5G and OLED displays across the board. When compared to the top flagship phones of 2020, in fact, the iPhone 12 slides in well under the average premium Android handset.

But with the launch of the Galaxy S21 this week, it seems as though Samsung has finally caught on. After years of piling on features and specs in an effort to distance its flagship handsets from the iPhone, Samsung has fully embraced Apple’s strategy with the iPhone, not just cutting the price to match the iPhone 12’s price tag but also distilling the S21 down to its most essential parts in a sort of reboot of the lower end of the line.

Lowering the price and the parts

It’s not so much that the Galaxy S21 isn’t a high-end Android phone, but like the iPhone 12, it makes certain spec-sheet compromises that add value without degrading the experience. There’s a reason why Apple doesn’t list specs for RAM, battery capacity, or clock speed in the iPhone spec sheet—they’re unnecessary. Apple doesn’t need to wow its users with specs. Rather, it strives to deliver the best possible iPhone experience with the bare-minimum parts.

And the S21 does something similar. Take a look at the specs compared to its predecessor, the S20:

Aside from the storage and the battery, the S21 is a seeming downgrade from the S20, with less RAM and lower resolution. It’s also made of plastic, versus the S20’s all-glass design.

But to judge the S21 on its specs is to miss the point. Samsung has finally realized that the spec battle is a losing one. They built a phone that delivers on value rather than numbers. Some people will grouse about losing out on the best features but most people won’t even realize their phone has fewer pixels or less RAM.

Quite frankly, they might not even notice that it’s made of plastic. What they will notice is that it’s $200 cheaper than last year, the first time prices have decreased in years. They’ll also notice that it looks the same as the S21+ and S21 Ultra, shares the same processor and software, and takes fantastic pictures.

That’s another way Samsung has followed Apple’s lead: the camera. Rather than increase megapixels or add lenses for the sake of it, Samsung has kept the same triple-camera hardware on the S21 as it had on the S20, instead working behind the scenes to deliver improvements in the most important areas: portraits and low-light photos.

For $800, the Galaxy S21 is truly Android’s answer to the iPhone 12. More than the Pixel 5, OnePlus 8T, or even the Galaxy S20 FE, the S21 delivers a purely distilled premium Galaxy experience in a surprisingly affordable package, trimming corners rather than cutting them, and sacrificing very little of what people need.

And like the iPhone 12 Pro Max, if you want the best of the best, the Galaxy S21 Ultra still exists, with a Quad HD+ 6.8-inch display, 12GB or 16GB of RAM, and S Pen support. But for the masses, the S21 will more than suffice, especially when the price inevitably drops to $700 or less.

Previous Samsung Galaxy S phones were always among the best phones of the year, but they haven’t seemed like a good value in years. The S21 changes that, hopefully for good. But mimicking what Apple does best with the iPhone 12, Samsung has created one of the best Android values in years, delivering premium looks and performance in an affordable package.

It’s no secret that Samsung has been trying to replicate Apple’s success for years, throwing all sorts of things at the wall to see what sticks. After 11 years, it might have finally found something that works.