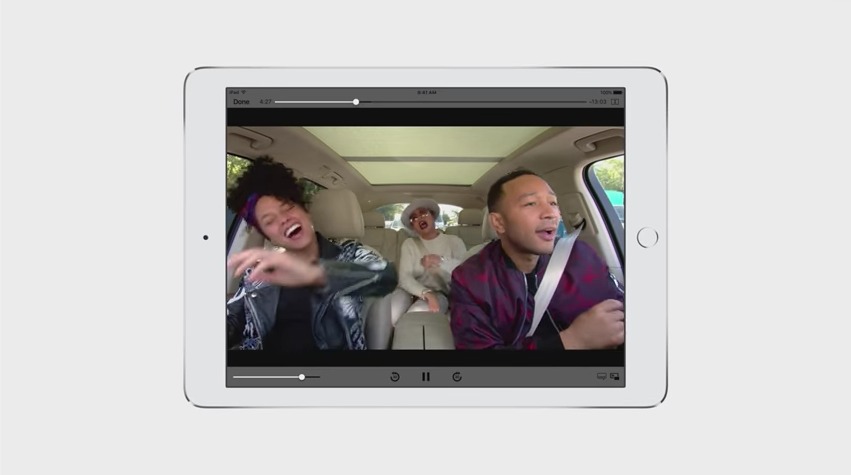 This spring, Apple plans to release its first two original series, Planet of the Apps and full-length episodes of the popular Carpool Karaoke segment hosted by James Corden. It’s not exactly a bold move: Netflix, Amazon, and reportedly even Facebook are making original TV. But unlike Netflix, Amazon, and Facebook, Apple isn’t a content company. It’s a hardware one. But that’s about to change—at least if Apple has anything to say about it.

Services have been a consistent bright spot in Apple’s quarterly earnings reports, and Apple Music is lumped in with that category. The $10/month streaming music service has racked up 20 million paying subscribers in the year and a half since it launched. But Apple can’t rely on music exclusives, which have limited windows, to differentiate itself. So the company is turning to original video content.

“There are a bunch of projects,” Apple Music chief Jimmy Iovine told the New York Times. “We’re in it. This is what Apple Music is going to be. Apple Music will have video and other things that I can’t talk about. We’re going to be aggressive about it.”

Apple showed off the trailer for Carpool Karaoke, which debuts in April, at the Grammy Awards on Sunday night, whic you can watch above. Recode got the exclusive first look at Planet of the Apps, a reality show about app developers, at its Code Media conference on Monday. You can watch a preview of the app development competition, which Apple recruited Jessica Alba, will.i.am, Gwyneth Paltrow, and Gary Vaynerchuk to judge, below:

The winner of the competition will be featured in the App Store and get funding from Silicon Valley venture capital firm Lightspeed Ventures.

But…the cheesy name. The concept. The action, which consists of “escalator pitches” and app developers who promise to “revolutionize social media.” It’s…not thrilling. But perhaps the Shark Tank-meets-The Voice-meets-Silicon Valley concept will be a hit with viewers, who will be able to play with the apps as soon as the show airs. Episodes of the show will be released each week, not in a single Netflix-style batch.

Eddy Cue, Apple’s senior VP of software and services, dispelled the rumors that Apple wants to compete with cable companies by offering its own skinny bundle of channels.

“We’re trying to do things that are unique and cultural,” Cue said during the Code Media conference. “We think we have a real opportunity in the TV space to do that with Apple Music and shows. The things we’re trying to do aren’t being done by anybody else. If we wanted to do what everyone else was doing, then we might be better off buying [a company like Time Warner].”

But that’s not the case. At least not yet.