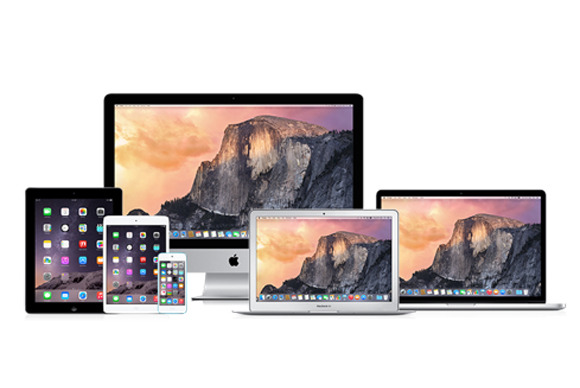 It’s easy to get so focused on the details on the present that we miss the obvious questions about the future. When John Siracusa wrote about the dangers of Mac OS X getting old in 2005, that operating system had only been around for five years—but he wasn’t wrong that Apple would need to address major shortcomings in the operating system in the long term.

So with iOS riding high (and serving as the basis for pretty much every major Apple platform that isn’t the Mac), it’s hard to imagine what comes next. And yet some tweets by Steve Troughton-Smith made my eyes pop open. After linking to a fascinating Ars Technica story about Fuschia, Google’s next-generation operating system project, Troughton-Smith wrote: “We’re far enough into the age of mobile that the big players are designing the OSes that’ll follow it-surprised if Apple isn’t doing same. It’s not so crazy to think that Apple would want to replace both iOS and macOS with something new and more unified. Post-XNU [the Kernel that runs iOS and macOS], post-BSD [Unix, the underpinnings of iOS and macOS].”

Replace macOS? Okay, we’ve played this game before—just as the Mac has changed chip architectures every decade or so, we’re now 17 years into the macOS/OS X era—and the classic Mac OS lasted about the same amount of time. iOS is comparatively young, but it’s still 10 years old, and built on top of the Mac OS X base. Perhaps its time is coming, sooner than we think. Or perhaps not. Let’s look at Apple’s long-term OS choices:

Plow ahead on both fronts. In this scenario, Apple continues to maintain two separate (but related) base operating systems, macOS and iOS. iOS continues to receive a lot of attention, but macOS also gets major new features, especially ones that are synergistic with additions to iOS. It’s a lot of extra work to have two totally separate operating systems (leaving aside the iOS derivatives that run the Apple Watch, Apple TV, and HomePod), but the Mac’s not a business Apple wants to abandon and iOS isn’t going to replace it, so we’re left with a steady state.

Lean into iOS so it can replace macOS. Some people would argue that this is the current state of affairs. I’m not sure about that—macOS still gets some love and annual updates—but it’s true that the difference between these first two scenarios is mostly about what Apple’s ultimate goals with iOS are. Is Apple building iOS, especially on the iPad, as an operating system that’s powerful enough to outright replace macOS? As someone who uses iOS to get real work done, I think Apple’s still got a long way to go with iOS before it could feel comfortable making iOS desktops and laptops and shutting down production of Macs. But the company could get there—if it made a concerted effort.

Apple OS 2020. The other way for Apple to go would be to continue updating iOS and macOS annually, but pull resources off of those projects and instead begin building the foundations for an entirely new operating system, one that can run devices as small as an Apple Watch (or AirPods?) or as large as a 27-inch iMac or a Mac Pro. An operating system that takes the best of iOS, but ditches some of its features—Troughton-Smith suggests replacing the XNU kernel and BSD unix underpinnings—with something new. This new, single operating system would be the basis of all future Apple products, and the distinction between the Mac and iOS would drop away.

The OS of Theseus

My guess is that Apple has no stomach for a complicated operating-system migration, especially with iOS and the App Store doing so well. And iOS has proven remarkably adaptable. Over the last few years, Apple has shown a preference to replace the parts of its operating systems, bit by bit, rather than chucking everything out wholesale. iOS devices run a different filesystem than they ran last year; Apple’s programming language of the future, Swift, coexists with the Objective-C language that Apple inherited from NeXT in 1997.

Apple seems to prefer invisible, subtle, and slow technology transitions whenever it’s possible. It seems to me that Apple would rather keep making changes behind the scenes in iOS whenever possible, keeping it relevant and modern, rather than making a clean break that confuses the market, makes life hard on developers, and potentially slows the momentum of the iPhone and App Store.

If replacing iOS piece by piece is the future, where does that leave macOS? I’m a believer that iOS will come to all sorts of different devices in the future. The Mac will remain alive and kicking, probably for as long as anyone wants to use it, and for that I’m grateful.

The continued existence of the Mac gives Apple a powerful out when it comes to iOS development. If there’s something iOS can’t do, some market or user type that it can’t serve, Apple can point at the Mac and declare it the solution.

This, then, seems to be the current state of affairs: Apple’s investing in iOS, swapping out bits and pieces as it goes, allowing it to grow into something more powerful—but not embarking on a crash course to build it into a Mac replacement. macOS keeps hanging around, gaining new features but not with any urgency. It’s not the most exciting scenario—and it certainly could turn out to be the wrong one—but sometimes slow and steady really does win the race.