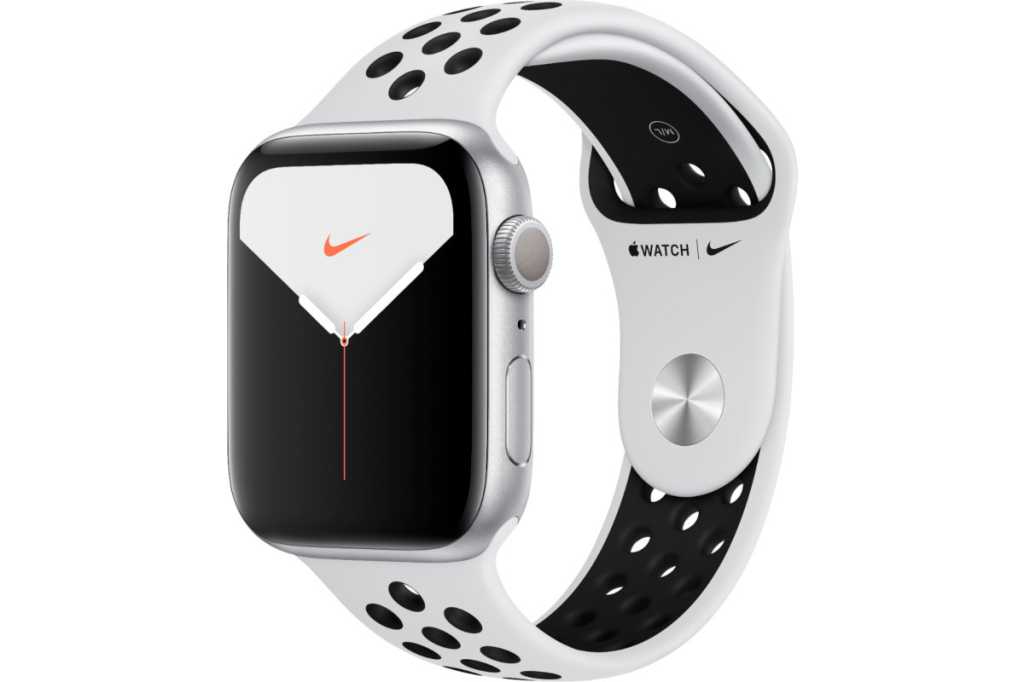 We reviewed this version of the Apple Watch way back in September 2019 giving it four out of 5 stars and declaring that “It has an incredible screen, excellent app support, and the strongest set of sensors and features you’ll find anywhere.” It has a wonderful always-on display, ECG and optical heart sensors, fall detection, accelerometer, gyroscope, compass, and water resistance up to 50 meters. With the launch of watchOS 7, it also features native sleep tracking, one of the issues we had n our review.

Even though the Series 5 has now been replaced by the Apple Watch Series 6, the previous model is still a fantastic watch. The only major feature it’s missing compared to the Series 6 is a blood-oxygen sensor, and it has several features missing from the $280 Apple Watch SE, including an always-on display and EKG sensor.

This model comes with a Nike band and unique watch faces, but is otherwise the same as the other models. So if you’ve been waiting to buy one, we recommend jumping at this deal.