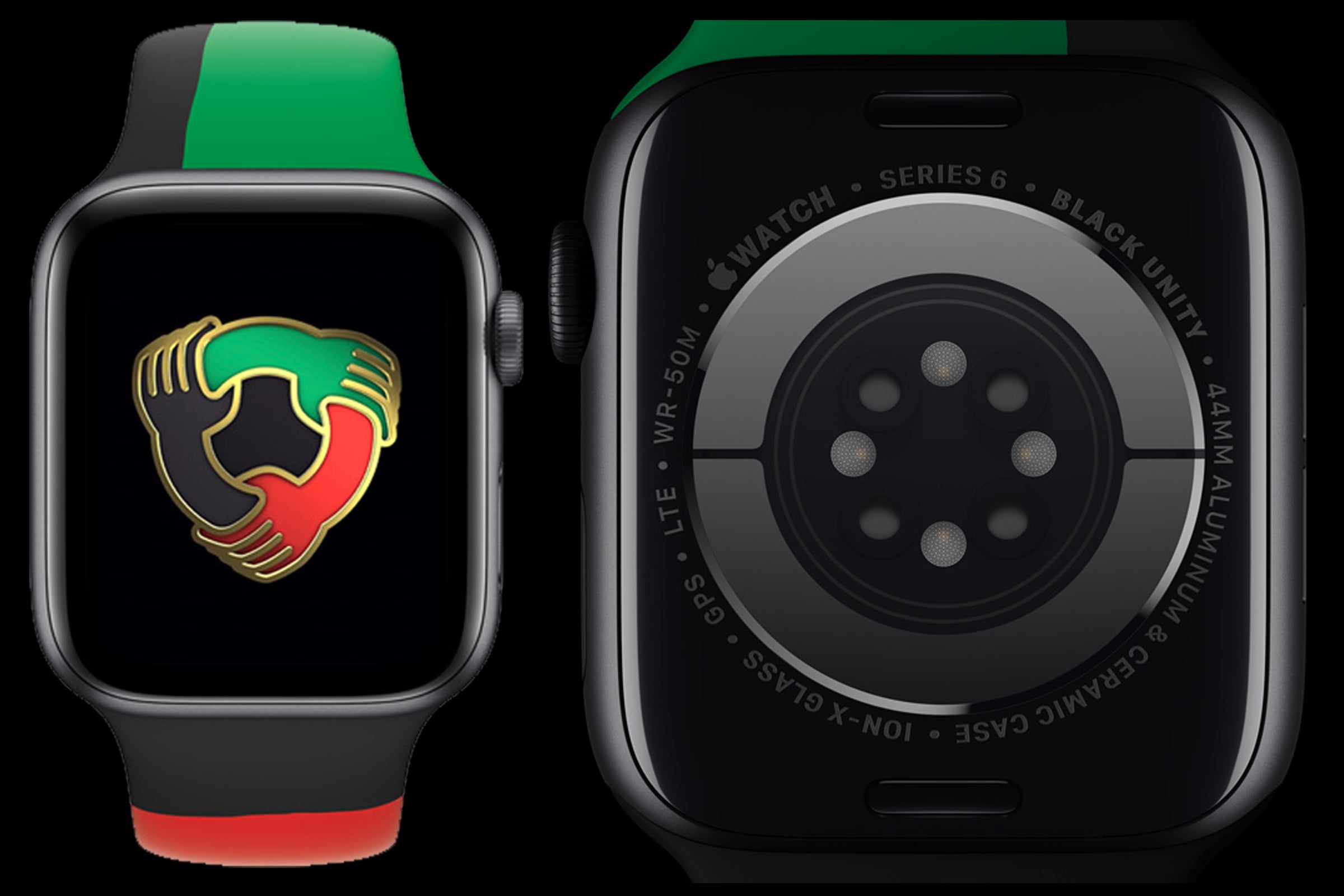 Apple on Tuesday launched a new limited-edition Apple Watch Series 6, Sport Band, and watch face, as well as “a variety of new and updated collections and exclusive content that highlight and amplify Black creators, artists, developers, and businesses” to celebrate Black History Month in February.

Editor’s note 2/1/21: The Limited Edition Apple Watch Series 6 Black Unity Aluminum Case with Sport Band is now available through February only to order. The Black Unity Sports Band is also available and can be purchased throughout the year . .

The Apple Watch Series 6 looks the same as the Space Gray aluminum model with one change: on the back, there is a laser-etched bold “Black Unity” around the heart-rate sensor where the model description is. Apple has decreased the kerning on the rest of the words to fit the phrase, which appears in the top right of the circle.

The special-edition watch also includes a new Black Unity Sport Band “made from individual pieces of colored fluoroelastomer, which are assembled by hand and compression-molded into one.” The band has “Truth. Power. Solidarity.” laser-engraved onto the interior of the black fastening pin and is comprised of black, red, and green swatches to pay tribute to the Pan-African flag. A matching Unity watch face, which “creates an ever-changing pattern that dynamically shifts as Apple Watch moves,” will also be available.

Finally, there’s a new Unity Activity Challenge with a limited-edition badge for closing the Move ring seven days in a row during the month of February.

In addition to the Apple Watch Black Unity collection, Apple is also recognizing Black History Month across its family of services:

The Black Unity Apple Watch collection will go on sale on February 1 at Apple.com. The watch starts at $399 and will be available exclusively during the month of February while the band will cost $50 and will be sold throughout the year. The Unity watch face will be available as part of watchOS 7.3, and requires an iPhone 6s or later running iOS 14.4, both of which will arrive as an update later today.