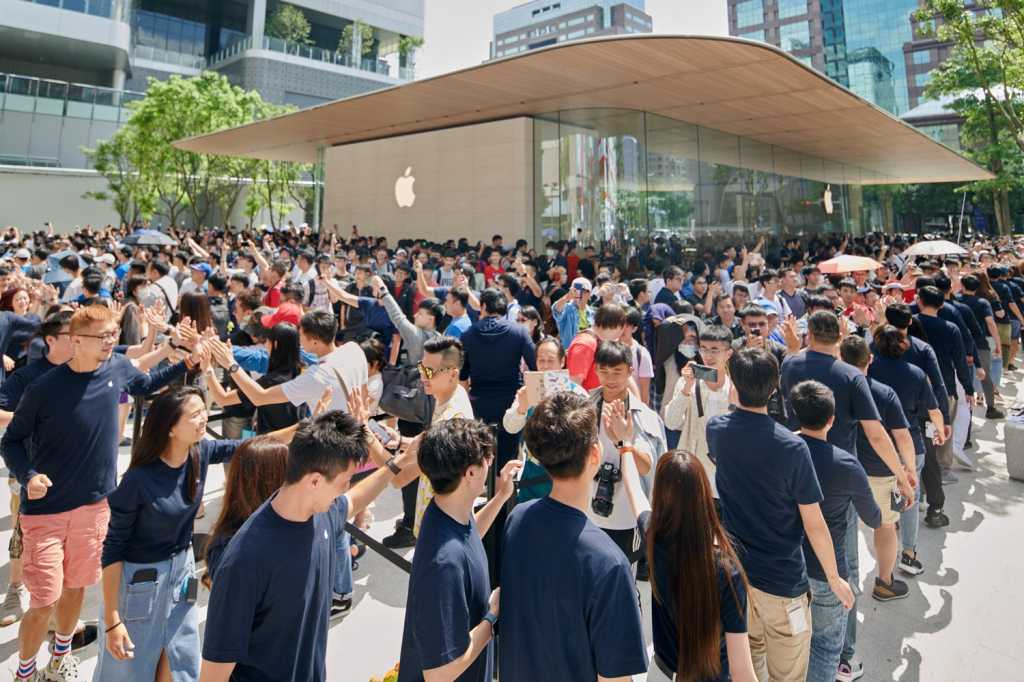 The more things change, the more things stay the same. For the past several years, the comic strip Doonesbury has been in re-runs for its weekday strips; this past week’s series, hailing from 1995, dated from the release of Windows 95, in which one of the strip’s characters pointed out the superiority of Apple’s Macintosh, only to be brought back down to earth by the reality of Microsoft’s platform dominance.

More than a quarter of a century later, Apple has become one of the most valuable and pervasive companies in the world, but, some things clearly haven’t changed that much. CEO Tim Cook said in the firm’s latest quarterly financial call, “…we really don’t have a significant share in any market.” Cook was speaking specifically of the iPhone, which is a minority in the smartphone market when compared to Android, but the same can still be said of the Mac. Yet the company has always maintained an outsized presence, even when it’s in the minority.

Cook continues to see that as an opportunity for Apple. When most people in the market aren’t already your customers, that means they’re still potentially customers. And that theory seems to be borne out by the numbers; for years, Apple has said that around half of those buying Macs or iPads in a quarter are new to the product.

But even with such a big potential market, how do you convince people who haven’t already made the jump to switch?

Even for those who aren’t owners of Apple devices, it’s become increasingly difficult to escape the reach of the Apple ecosystem. With an active installed base of 1.65 billion devices, there’s a good chance that at least someone you know has an iPhone, especially in the company’s more established markets.

More to the point, with Apple’s push into services in recent years, there are also more and more places where the company has gone outside of its comfort zone and brought the Apple brand to other platforms. For example, when it launched Apple Music in 2015, Apple not only did so on its own devices, but also on Android. More recently, it teamed up with smart TV makers, game consoles, and competing set-top boxes to offer Apple TV+, rightly figuring that it needed to appeal beyond just existing Apple customers.

Apple has long had a presence on Windows, too; first with iTunes in the iPod era, and later with iCloud for Windows. This is all part of what Steve Jobs called the “glass of ice water in hell” strategy—showing people what life could be like on the other side of the fence. And Apple’s continued to extend its reach, as recent rumors have shown that the popular iCloud Keychain password manager, previously exclusive to Apple’s own devices, may soon make the jump to Microsoft’s platform by means of a Chrome extension.

Once the hook is in, Apple does what any good company does: it competes. But where Apple has always been savvy is in prioritizing the experience* of technology. You might win over some converts by talking about quantitative specs like memory and processor speeds, but Apple has realized it will get much more mileage out of emphasizing the qualitative: Ease of use. Good design. Privacy.

These differentiators are targeted at places where Apple’s competition has traditionally fallen short. Privacy is a particularly good example, since several of the company’s biggest rivals in recent years have build their businesses on top of advertising, and users are starting to realize just how invasive, disruptive, and potentially damaging such data collection can be. (Messaging that, to be fair, Apple has played a big part in promoting.)

This is about reframing the narrative, and it’s savvy because the smartphone market is no longer a luxury market; it’s closer to a commodity. Like a car company, Apple’s touting the smoothness of its ride and the convenience of cupholders, not how many horses are under the hood.

All of this wouldn’t amount to anything unless Apple could actually deliver on those claims it’s making, and that’s where the company’s competitive advantage really comes to play. On last week’s financial call, one analyst asked how Apple decides to enter a new market, and one thing Tim Cook pointed to was finding a category where its expertise on hardware, software, services—and, most importantly, the tying together of same—could make a difference. (I would also add Apple’s retail stores as a significant factor, providing an attractive and carefully controlled environment in which to showcase those products, if not at this very moment in time.)

This unity of purpose is the great promise of the Apple ecosystem, and while it’s not a promise on which the company always delivers, when combined with those drips and drops of ice water and the reframed narrative that Apple has created, it’s a strategy that work for Apple in drawing in a steady stream of new customers. After all, you can’t really argue with a company that, in just three months, can pull in $100 billion.