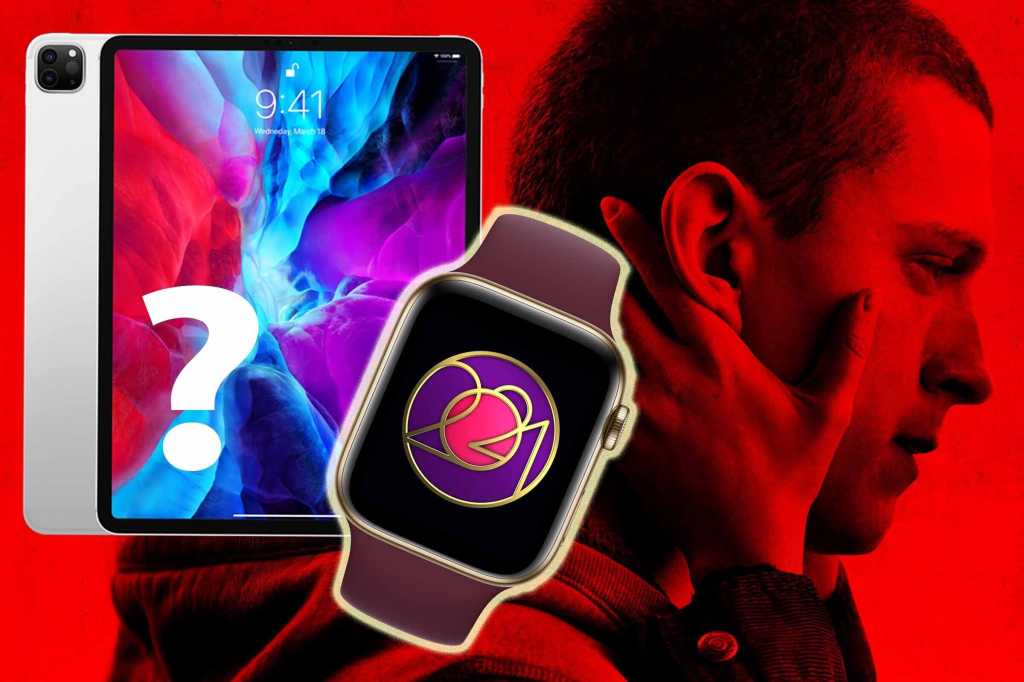 We might not have gotten any new products in February other than the Black Unity Apple Watch, but it was still a busy month. Most notably, we got our first glimpse of iOS 14.5 and it’s shaping up to be a huge update, with a new feature that lets you unlock your iPhone with your Apple Watch, a landscape boot screen for the iPad, and dozens of new emoji. But March could be even bigger, with rumors that new products are on the way.

We don’t know anything for sure, but based on rumors and speculation, we’re going to get at least a couple of new hardware releases in March. Remember, last year we got a new MacBook Air and iPad Pro, the year before we got second-gen AirPods and a new lineup of services as well as iMac, iPad mini, and iPad Air refreshes, and in 2018, Apple launched a new 9.7-inch iPad with Apple Pencil support. So there’s a good chance something is coming. Here’s what we think we might get:

We’ve been hearing about Apple’s Tile competitors for nearly two years now, but the latest rumors suggest that they might actually land this month. According to leaks, they’re small, circular Bluetooth devices that will attack to things like keys and bags so you can find them when they’re lost. They’ll most likely tap into the iPhone’s ultrawide band chip for super precise location tracking.

We last got an update to the iPad Pro last March, but at lot has changed since then. While the upcoming update will likely be a minor one, it will reportedly bring the iPad up to speed with he iPhone 12’s A14 chip and 5G connectivity. Some rumors also suggest the flagship tablet could get a new mini LED screen, but that probably won’t come until later in the year.

It’s been nearly two years since we got an AirPods update, and there are plenty of rumors about new models in the works. Most recently, a leaked photo showed shorter stems for the iconic buds, and other rumors have suggested that nouse canceling could also make its way to the cheaper model.

Apple launched the iOS 14.5 beta in February, and the third beta arrived in early March. Development will continue throughout the month and it’s possible that the wide release hits devices before the end of March, especially if new iPad Pros arrive. There are a few cool new features: apps will now need to request permission to use third-party ad trackers, you’ll be able to unlock your phone using Face ID while wearing a mask and an Apple Watch (which requires watchOS 7.4), and perhaps most importantly, the Apple logo will be horizontal when restarting an iPad in a keyboard dock.

Like iOS 14.5, Apple is well on the way toward releasing macOS Big Sur 11.3, having recently pushed the second beta to developers, so it could land on your Mac in March. There aren’t nearly as many new features as iOS 14.5, but you will get a new customizable Safari Start page as well as the ability to sort and print reminders, among other changes.

Apple usually releases new shows, movies, and episodes to Apple TV+ on Fridays at around midnight Eastern time. You can see our entire list of all the Apple TV+ shows, series, and movies (including upcoming projects) in our Apple TV+ show list.

Tom Holland is reunited with directors Anthony Russo and Joe Russo in this drama about an army medic’s struggles with PTSD. Cherry will arrive on March 12.

Apple began airing the second season of its NASA drama For Al Mankind on February 19. Episodes 3-6 will air on Fridays in March.

The second season of M. Night Shyamalan’s thriller Servant debuted on January 15. The season finale will air on March 19.

Apple releases new games to Apple Arcade on Fridays, but not every Friday is marked by a new game or significant update. Check our Apple Arcade FAQ for a full list of Apple Arcade games and more details on the service.

On March 5, the puzzle game SP!NG arrived, and several games are “Coming Soon,” including Cozy Grove, Farm It, and Wonderbox. We’ll likely see at least some of them in March.

To mark International Women’s Day on March 8, Apple is offering a limited-edition badge to all Apple Watch wearers who record a workout of 20 minutes or more.

In addition to its regular classes, a new Time to Walk episode will arrive every Monday in March and automatically download to your Apple Watch if you’ve subscribed. The episodes will feature different guests talking about their lives while walking outside or in meaningful locations. You can find new episodes in the Workout app.

Update 3/5: SPR!NG is now available on Apple Arcade. Added release dates for Cherry and the season finale of Servant.