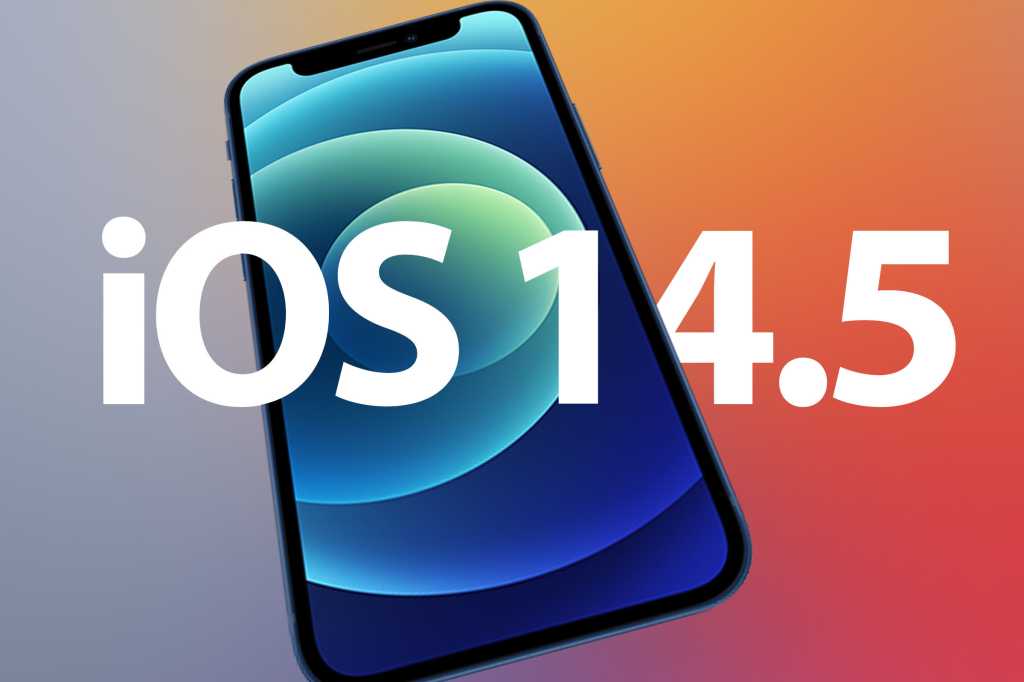 Apple is now beta-testing iOS 14.5, and whereas the iOS 14.4 release was a little dull, this version brings several welcome improvements. You’ll get the ability to unlock your iPhone with your Apple Watch, AirPlay support for Fitness+, and the long-awaited App Tracking Transparency feature.

Apple released the first developer beta on February 1, but the public beta did not follow immediately after (as it often does), instead landing on February 4 after a second build for developers. The final release to the general public is likely to come in April.

Update 04/13/2021: A week after Beta 7, Apple has released Beta 8 of iOS 14.5 to both developers and public beta testers. A final release candidate may follow next week—Apple may be holding off until after it’s April 20 event as the final iOS 14.5 may make references to new, as-yet-unannounced hardware.

Face ID is great, but the constant mask-wearing of the COVID-19 global pandemic has exposed an obvious flaw—it doesn’t work when half your face is covered up. With iOS 14.5 (and watchOS 7.4), you have the option to make your iPhone work like your Mac does, and automatically unlock when you’re wearing an unlocked Apple Watch.

To use this feature, go to Settings > Face ID & Passcode and enable the Unlock with Apple Watch toggle. You’ll have to be wearing your Apple Watch which must be unlocked and protected with a passcode. Then, when Face ID sees you’re wearing a mask, it will unlock with your Apple Watch. You’ll feel a quick double-tap on the watch haptics and see a message on your iPhone screen that says “Unlocking with Apple Watch.” It all happens quickly and seamlessly. Where was this feature in the summer of 2020?

As part of its ongoing commitment to diversity, Apple will no longer default Siri to the usual female voice. Instead, users will be prompted to select one of Siri’s voices during setup. Apple has created two new American English voices as well, for a total of four. You can change your Siri voice at any time by going to Settings > Siri & Search > Siri Voice. Prior to iOS 14.5 beta 6, the options for American English were Male and Female. Beta 6 changed this to Voice 1, Voice 2, Voice 3, and Voice 4.

This version of iOS will lay the groundwork for Apple’s long-advertised App Tracking Transparency feature. Simply put, your iPhone will now require applications to ask for permission (through a standard iOS prompt) whenever they want to track your activities outside the app, such as across other apps or websites. Most users are unaware that many apps even do this. Apple is not blocking the practice, merely requiring informed consent just as it does for, say, location access.

You won’t immediately see these prompts upon installing the iOS 14.5 beta. Rather, the requirement will go into effect later this spring.

The Music app gets a lot of small design changes, including the ability to swipe left or right on tracks to add tracks to them to the current song list, download, or add to your library. There are new popover menus all over the place, and you have the ability to long-press on the real-time lyrics to share them over social media (like Instagram stories) or in iMessage.

9to5Mac reports finding code for a new feature in Apple Music called City Charts, which will let you listen to what’s popular in over 100 cities worldwide with daily updated charts. The feature does not yet appear visible to users, though.

Apple added a bunch of new Emojis back in iOS 14.2, but there are over 200 introduced in iOS 14.5. They come from the Emoji version 13.1 list approved by the Unicode consortium last year. Most of the 200 emojis are various combinations of skin tones and gender for “couple with heart” and “kiss” emojis, just a little late for Valentine’s Day.

There are some new ones, too, like “face exhaling” and “heart on fire.” Some existing emojis are redesigned, like the syringe (with less frightening blood) and headphones (which now resemble AirPods Max).

Long a feature of Google Maps and Waze, Apple Maps users in iOS 14.5 will be able to share crash reports, road hazards, and speed traps in real-time to help navigate around traffic. It’s unclear how the system will work, but presumably, Apple will collect all of the data and offer alternative routes when things get backed up.

One of the biggest setbacks of Apple’s new fitness subscription service is that you can only use it on an iPhone, iPad, or Apple TV. You can’t use it on a Mac or any other smart TV. With iOS 14.5, you can stream workouts from your iPhone or iPad to an AirPlay 2 supported device, which is a huge improvement. There are lots of TVs that support AirPlay 2 these days, so this makes the service a lot less restrictive. You won’t see your real-time metrics on screen, but that’s a relatively small price to pay.

If you have an iPhone 12 and make use of dual-sim mode, both connections will be limited to 4G LTE (except in mainland China, where the SIM used for data will support 5G). In iOS 14.5, 5G is now supported on the data connection when you use dual-SIM mode.

The Podcast and Apple News apps have had a few small but welcome tweaks to their design.

A new Siri capability allows you to request Siri call emergency services. You’ll get a big three-second countdown on the screen to cancel the request, after which Siri will call your local emergency services number (e.g. 911 in the United States) on speakerphone.

You can finally sync your Xbox Series X/S or PlayStation 5 game controller to your iPhone or iPad.

Reminders lists can finally be sorted with a variety of criteria: Manual (the default), Due Date, Creation Date, Priority, or Title. You can print Reminders lists now, too.

These features seem like they should have been there years ago.

The iPad has a couple features exclusive to it. There’s now a horizontal Apple logo when you reboot your iPad in horizontal orientation. More importantly, emoji search (which came to the iPhone in the initial iOS 14 release) is now available on iPad as well.

Users with an iPhone 11, iPhone 11 Pro, or iPhone 11 Pro Max may find that their battery health reporting system will go through a recalibration once updated to iOS 14.5. Apple has a support page detailing the feature. In short, users with those phones may have had a wrong estimate of their battery health, which could potentially cause unexpected battery drain or reduced peak performance. With iOS 14.5 beta 6, Apple included code that would re-calibrate the battery health for those iPhones and give a more accurate picture of battery health.

The recalibration is automatic for users with those phones, and while it is taking place you’ll see a message in Settings > Battery > Battery Health.

Your battery health reporting system is recalibrating Maximum Capacity and Peak Performance Capability. This process may take a few weeks.

If you’re feeling brave, you can try out iOS 14.5 before its general release. Apple suggests you do not run the 14.5 beta on any critical device, and that’s good advice—you never know what can go wrong.

Apple has already pushed six betas of iOS 14.5, so the update is well on its way to being completed. In an interview with the New York Times on April 5, Tim Cook said the update will arrive in ‘just a few weeks.’