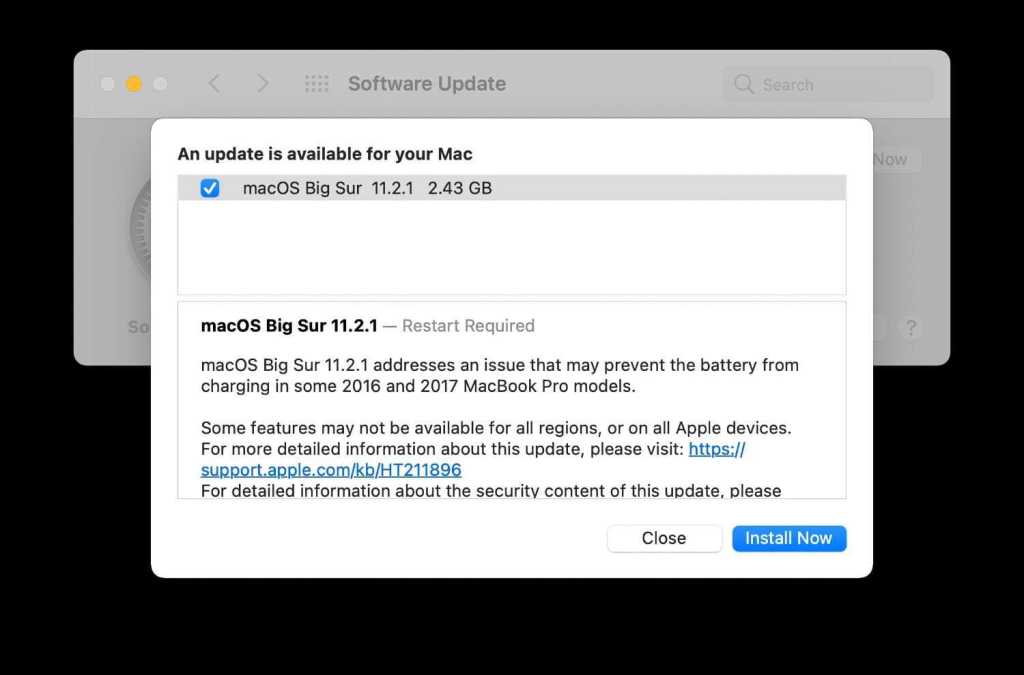 Apple on Tuesday released macOS Big Sur 11.2.1, an update to the Mac operating system. According to the release notes, 11.2.1 “addresses an issue that may prevent the battery from charging in some 2016 and 2017 MacBook Pro models.”

9to5Mac reports that the update includes a fix for the Sudo bug that was revealed recently. There are also fixes for a couple of bugs with the Intel Graphics Driver.

The update comes about a week after Apple released macOS Big Sur 11.2, which included several bug fixes and security updates.

How to update macOS Big Sur