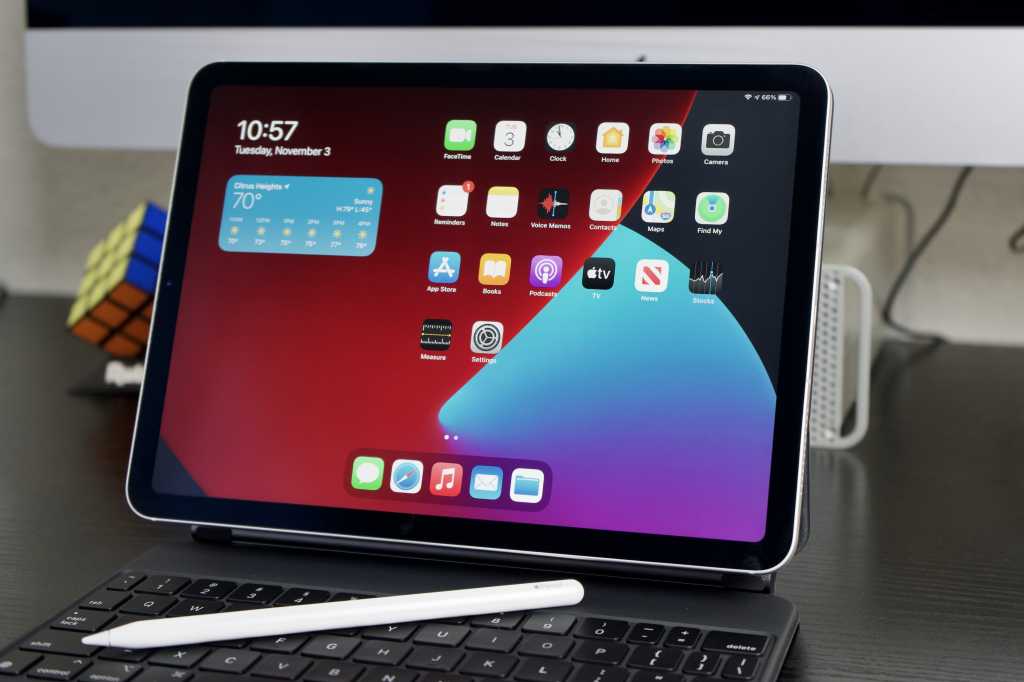 Whether you’re working from home or playing from home, the new iPad Air can do it all. And it’s even better at the lowest price we’ve ever seen. Amazon is selling the iPad Air in Sky Blue for $549Remove non-product link today, $10 less than the previous all-time low.

The iPad Air is a massive change for the iPad, bringing an 10.9-inch Liquid Retina True Tone display, an all-screen design, Touch ID built into the power button, an A14 Bionic processor, and and a USB-C port instead of Lightning. In our 4.5-star review, we called it “a better buy than the iPad Pro for most people and a big step up from the standard iPad,” and praised its design, performance, and versatility.

This iPad Air comes with 64GB of storage, which should be plenty for apps, games, photos, and anything else you want to store. But if you want a little more, the 256GB model is also $50 off today.