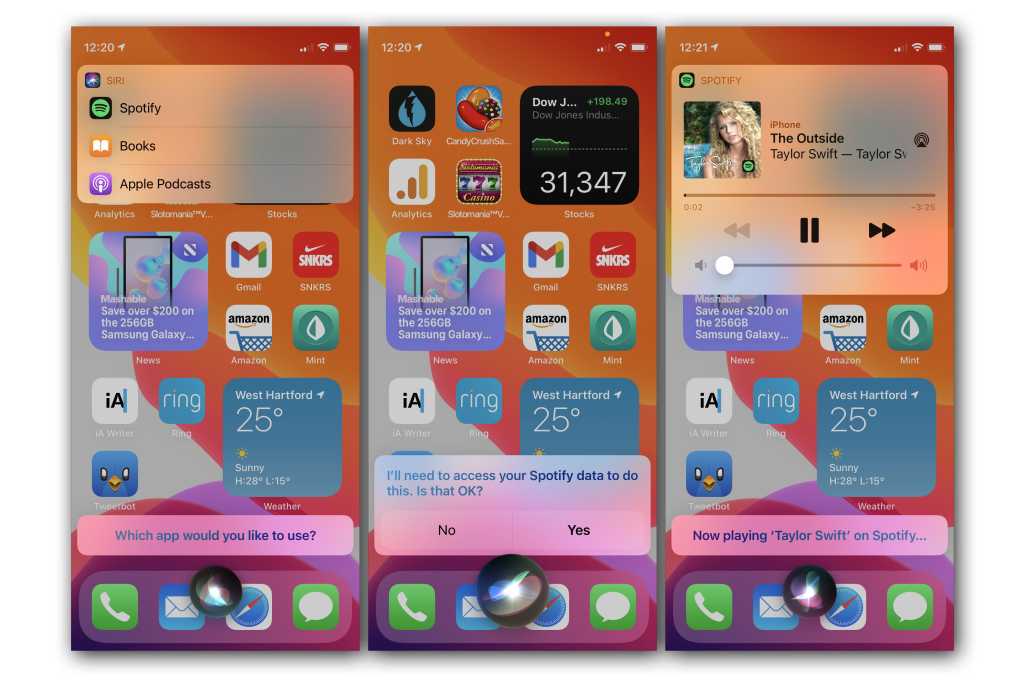 Users on Reddit may have found an exiting—but unlisted—feature of iOS 14.5. When asking Siri to play a song, artist, album, or podcast, some users have been prompted to select which service they wish to play it on, with a list of the installed music or podcast apps.

The process is simple, but inconsistent. Just have iOS 14.5 beta installed and ask Siri to play a song or artist. Siri will prompt you with a list of available services to choose from. After selecting one, Siri asks if it’s okay to access your data from that app. Agree, and your music or podcast plays on that app. Further requests to play music or podcasts will then automatically play on that app.

It’s not working for all beta testers, however. Some users have had luck removing the Apple Music app, but reinstalling it seems to often make Siri go back to playing everything on Apple Music or Podcasts. Furthermore, there is no interface for any of this in Settings.

You can already tell Siri to play music or podcasts using a third-party service by naming the service in your request. For example, “Play The Weeknd on Spotify.” But the power of defaults is enormous, and humans don’t like to constantly direct voice assistants to use non-default services. Clearly, Apple is at least doing some early work to allow users to choose a default music or podcasts app. When, how, or even if it will see public release is unclear at this time.