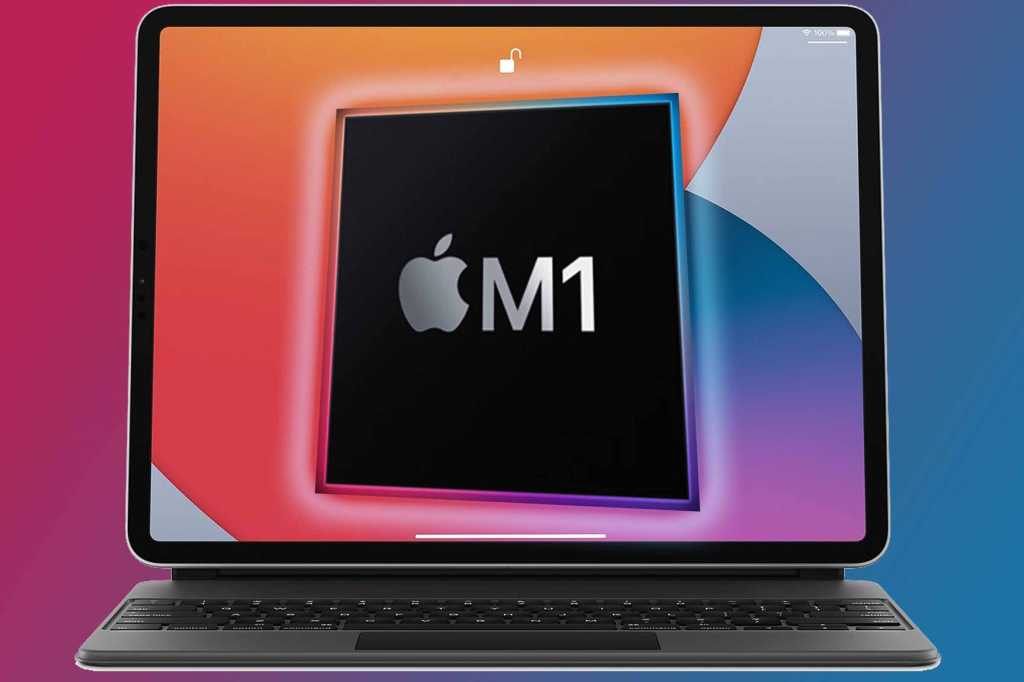 A new iPad Pro might be mere weeks away, and we already know a lot about it. While it probably won’t getting a new design, Apple could be bringing a slew of important changes, including a mini LED display for OLED-like colors and power efficiency, better cameras, and 5G support. But the most important change might be a surprising one: the processor.

Of course, we fully expect the iPad Pro is in line for a faster processor. Even though it’s only been less than a year since it was updated, the iPad Pro is currently the second-fastest tablet Apple makes behind the iPad Air, putting Apple’s flagship tablet in the odd position of being slower and more expensive. A new processor will give the iPad Pro its rightful position at the top of the tablet class.

However, while we expected the iPad Pro to get an A14X or Z like the iPads of old, a new report suggests that Apple’s high-end tablet might be getting an even bigger-than-usual speed bump. According to Mark Gurman of Bloomberg, the processor inside the upcoming iPad Pro will deliver performance “on par with the M1 chip in the latest Macs,” meaning it’ll be crazy fast.

While desktop speeds on a lightweight tablet sound awesome, it’s also a bit of overkill. Any iPad Pro user will tell you the current chip is plenty fast enough, and even iPads from several years ago can run the latest apps and operating system without a problem. So, why would Apple feel the need to upgrade the processor beyond what an A14X would be capable of? Here are five reasons.

For all of the things the iPad Pro can do, there’s still a giant hole when it comes to pro-level apps, particularly the ones Apple makes. Most notably, Xcode isn’t available for iPadOS, which means developers need a Mac to develop iPad apps.

As it stands, Xcode uses a tremendous amount of resources and processor power beyond what any iPad can deliver. But with an M1-caliber processor on board, Apple might be able to bring the developer platform to the iPad, a move that would instantly boost the tablet’s capabilities. And hopefully, a tablet version of Final Cut Pro X wouldn’t be far behind. With the Microsoft Surface able to install and run virtually any Windows app, it’s time for the iPad to get on par with the Mac.

A better multitasking system is on the way

To put it mildly, the iPad’s multitasking system isn’t great. Navigation is confusing and wonky, gestures and taps are unintuitive, and the whole system doesn’t make it all that easy to work in more than one app at the same time.

A new chip won’t solve those issues without a rethinking of the whole concept, but it will allow Apple to consider multitasking in more powerful ways. With more power and resources at its disposal, the iPad Pro could become more Mac-like in its navigation and multitasking to take advantage of its bigger screen and touch-friendly interface. And now that it has trackpad support, Apple has way more opportunities for multitasking, so we’d like to see iPadOS 15 bring some serious changes to the Pro.

It’s hard to believe, but ever since the original iPad arrived, Apple’s tablets have been rated for “up to 10 hours of surfing the web on Wi-Fi or watching video.” But an M1-caliber chip could help Apple finally push it to 15 or even 20 hours, much like we saw with the latest M1 MacBooks. A longer-lasting Pro would go a long way toward setting it apart from the iPad Air and give Apple’s flagship tablet a feature the other models don’t have.

Mac apps are coming to the iPad

With the launch of Big Sur and the M1 chip, Apple kicked Catalyst into high gear with an optimized interface and native resolution on the Mac so iPad apps on the desktop don’t feel like they were made for a mobile device.

With an M1-caliber chip, Catalyst could eventually work both ways. The iPad screen is perfectly suited for Mac apps, and with a desktop-caliber processor, app developers wouldn’t need to worry about performance and memory issues. So rather than thinking backward and bringing mobile-minded apps to a much more powerful machine, Mac developers could reach a whole new audience and open up new ways to use and interact with their apps. It’ll take new frameworks and APIs to get going, but with WWDC just around the corner, Apple could have some new tools up its sleeve.

A hybrid machine is in the works

Apple is always several steps ahead of what we actually can buy, so a more powerful chip in the iPad Pro could be a precursor to what’s to come. It only makes sense that a hybrid machine will eventually make its debut, combining the best of both worlds: speed, versatility, portability. An M1-like processor in the iPad would check off the most important box and give Apple a platform to create a machine that doesn’t need to cut corners or compromise. Years from now, we might be looking at the 2021 iPad Pro in a whole new light.