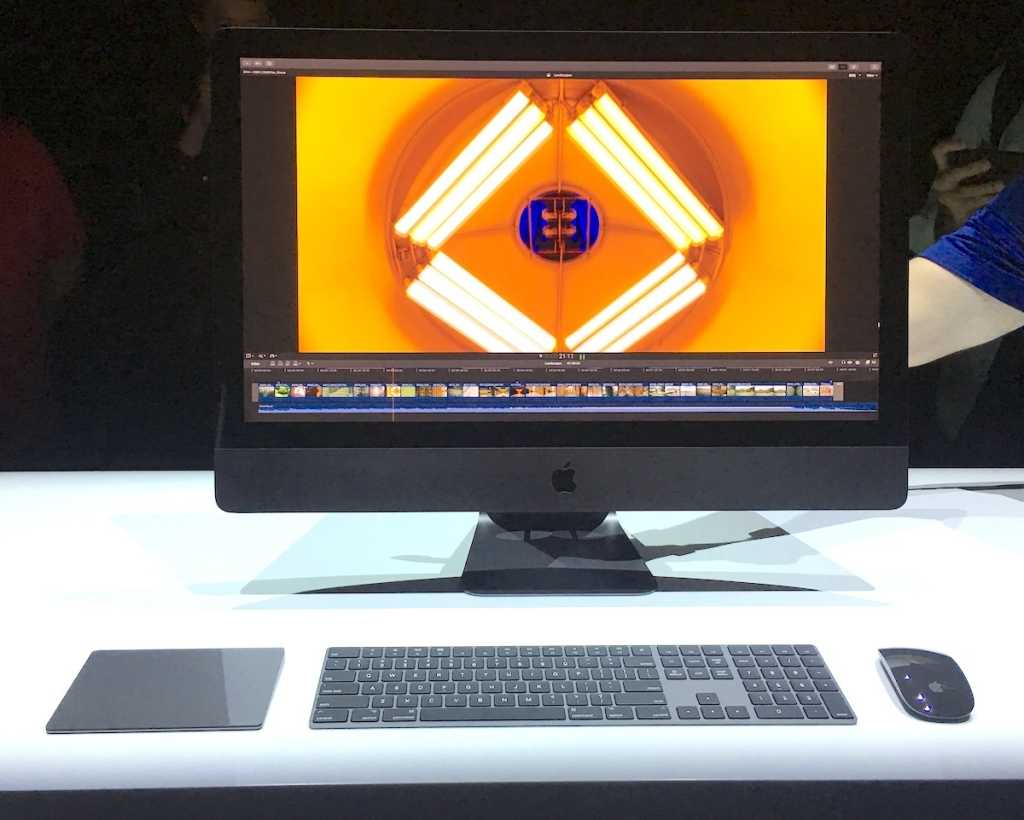 Maybe someday there will be a tell-all book written by someone inside Apple during the 2010s. Maybe we will eventually know exactly what happened that led to a bit of a lost decade for the Mac, one that will be remembered for a failed attempt to rethink the Mac Pro and a series of questionable hardware decisions that hobbled Mac laptops for years.

But until then, we’re mostly left to speculate about what happened—and how Apple turned it around, ushering in a new decade that’s got the potential to reinvigorate the Mac in a way not seen since the early days of Steve Jobs’s return to Apple.

But in my opinion, there’s a single Mac model that tells a good portion of the story all on its own. It’s a Mac that was a remarkably good computer on its own, but also one that represented an approach to the Mac that Apple itself would end up repudiating.

Pour one out for one of the best Macs of the 2010s, and perhaps the one that best represents that confused decade. The iMac Pro is dead—but it lived fast and left an exquisite corpse.

Where do we go from here?

In late 2013 Apple released a new, cylindrical Mac Pro that broke ground in terms of design—but ended up making some guesses about the growth of high-end computer hardware that were ultimately proven wrong. The design wasn’t capable of cooling the high-performance processors and GPUs that Apple’s professional users wanted, and its lack of traditional internal storage bays meant that many pro users passed it by.

Apple was left with a choice to make. And if you ask me, the fate of the Mac as we know it hung in the balance. There were two paths laid out before Apple. On one path, Apple would decide to keep the Mac around and keep it in sync with iOS as much as possible, but not exert any extra effort to make it more than what it was.

Yes, this would probably have been the kiss of death for the Mac as a platform—eventually. But it would also have been an admission that the greatest appeal of the Mac—and, let’s be honest, of all traditional “personal computer” platforms—is that they use familiar software and offer well-worn user-interface concepts. If people use the Mac because it’s got a menu bar, windows, a pointer driven by a mouse or trackpad, and the same software they used two decades ago, that audience isn’t looking for something new. They want a tool that’s familiar. It’s a huge asset—but it also gives a platform a bit of an expiration date, as the people who enjoy the Old Ways age out.

Apple’s other choice was to recommit to the Mac. But in doing so, it would need to do a lot more work—and it would risk devaluing some of that continuity, that huge asset of traditional computing. Was it worth it to move the Mac to Apple-designed processors, bring iOS apps over to the Mac, and find ways to make next-generation software work across Apple Watch, Apple TV, iPhone, iPad—and Mac?

And in the dark days, it seemed clear that Apple had chosen the former approach. The Mac would keep going forever, but it wouldn’t be a part of Apple’s next-generation devices.

This is where things get weird. In April 2017, Apple invited a bunch of journalists to Cupertino, where it said it was recommitting to the Mac and to pro users. It pre-announced a next-generation Mac Pro that would bring back the approach of the pre-2013 Mac Pro. It reaffirmed its commitment to the Mac. It was a sign that something inside Apple had changed, and the Mac was on a new course.

Then a couple of months later, Apple announced the iMac Pro, which shipped in December of that year. While I’m still waiting for that tell-all book, reports at the time strongly suggested that the iMac Pro was a product designed for a reality that no longer existed. It was the product from the “throw in the towel” era of the Mac. Apple would give up making the Mac Pro altogether, and just make a fancier iMac with Xeon processors inside.

But by the time the iMac Pro arrived, the moment had changed. A new Mac Pro was promised. The Apple-designed processors were coming to the Mac. Mac Catalyst would bring iPad apps to the Mac. SwiftUI promised a world where future app development would include all of Apple’s platforms.

Those plans would take years to come to fruition, and in the meantime, still there would be an iMac Pro. It might have been built for a darker path Apple chose not to take, but the result was a pretty terrific computer. Starting at $5,000, the iMac Pro brought workstation-class processors to the iMac line for the first time. The 27-inch 5K display was gorgeous. And by kicking spinning hard drives to the curb, Apple’s engineers were able to equip the iMac Pro with a quiet, efficient cooling system that put the one in the standard iMac to shame. All in all, it was a pretty great computer.

Let’s face it—2020 is not going to be anyone’s favorite year. But in terms of the Mac, it was a special one that brings about a lot of hope for the future. Apple has put in the work to bring its own processors to the platform, and the first wave of M1 Macs were rightfully greeted with near-universal acclaim. They’re just a first step, but that might be the most exciting thing about them.

The old iMac Pro was perhaps the ultimate evolution of the Intel Mac, but its time is over. The story of the Mac in the age of Apple silicon is only now getting started. One day I’d love to hear the story about how we ended up here, but we’re here—and the iMac Pro will forever remain back at the crossroads, a curious relic of a Mac road not taken.