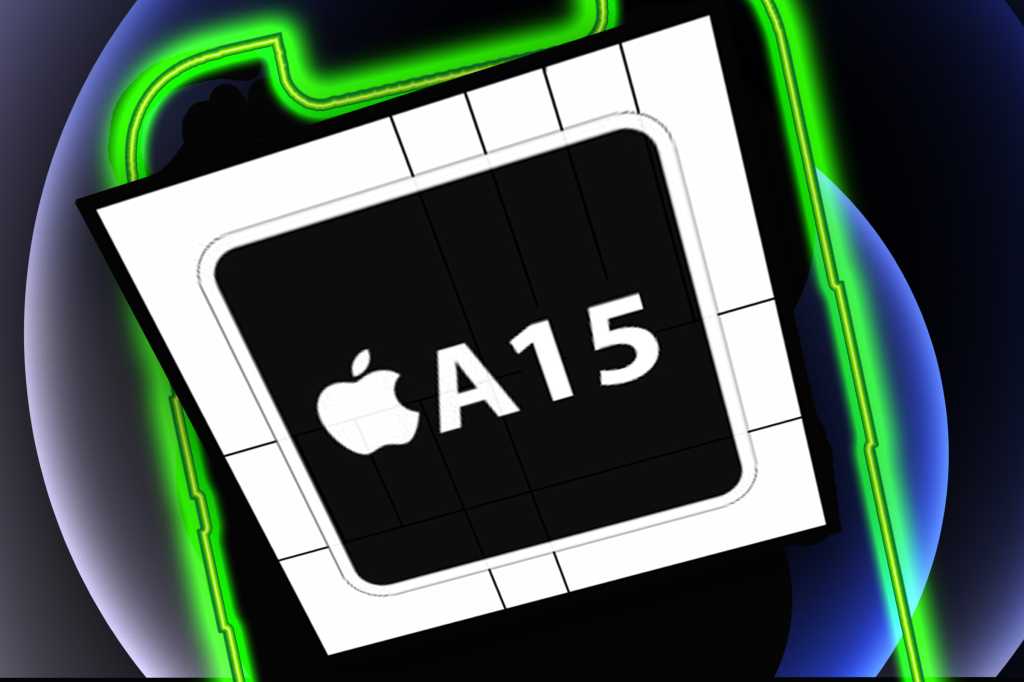 Typically, Apple stays quiet about its future processors, preferring to announce them along with a new product. For example, we didn’t get specifics about the M1 until Apple unveiled the new MacBooks powered by it and we knew very little about the A14 before it showed up in the iPad Air. So, we probably won’t hear about the A15, the first of a new generation of Apple system-on-chips (SoCs), until Apple unveils the iPhone 13 later this year.

However, we can still piece together a picture of our possible future. By studying the trend for past A-series processors and what we know about cutting-edge silicon manufacturing, along with a few educated guesses, we can get a pretty good idea of what to expect from the A15.

With the A14, Apple made the leap from a 7nm manufacturing process to TSMC’s brand-new 5nm process. In fact, it was the first large-scale consumer chip of any kind to be made with it (Qualcomm’s 5nm Snapdragon 888 launched a couple months later).

The next step along the path to ever-smaller and more power-efficient chip manufacturing technology is 3nm. That’s going to be a big deal, with nearly double the chip logic density along with either a 25-30% reduction in power at the same performance or a 10-15% improvement in performance at the same power.

But 3nm simply isn’t ready yet. Apple pays handsomely to be the first to use TSMC’s most advanced new manufacturing techniques, but TSMC simply won’t be able to make tens of millions of 3nm chips for Apple until next year’s A16.

In the meantime, Apple is expected to use a refined version of the 5nm manufacturing process for the A15 that may slightly improve performance and power characteristics.

The A14 is estimated to be just under 90mm2 (about 10% smaller than the A13), but the largest iPhone SoCs so far have been a little over 100mm2. But with no major advancement in manufacturing process technology to rely on with the A15, the performance and power improvements will need to come mostly from architectural improvements and from simply making a bigger chip, much like the A13 versus the A12. So let’s assume that the A15 will be around 15-20% bigger at most, with a transistor budget to match. No iPhone SoC has been larger than that.

That puts the hypothetical transistor budget of the A15 in the range of around 14 billion. There’s a lot of wiggle room in that estimate, and Apple has to make a lot of hard decisions about chip size vs. cost and performance. But as a very broad rule of thumb, I’m expecting that the company has around 15-20% more transistors to work with and base my performance and feature predictions on that value.

Improvements in single-core CPU performance for Apple’s A-series SoCs have been remarkably consistent over the last several years. I expect this trend is likely to continue, which would put the A15’s single-core Geekbench 5 result at around 1,800, perhaps a little more.

That’s ridiculous. Apple is just lapping Android phones at this point. A score of 1,800 is roughly 75% faster than the Snapdragon 888 in the Galaxy S21. For that matter, the A12 from late 2018 is a little bit faster than the Samsung Galaxy S21 (which received 1076 in our testing). Apple is in a league of its own.

There’s not much reason for Apple to expand the number of cores beyond the current setup: two high-efficiency cores and four high-performance cores. Multi-core performance improves as single-core performance does, but often to a lesser degree (thanks to cache contention, resource allocation, thermal constraints, and so on). A Geekbench 5 multi-core score of 4,800 wouldn’t be out of the question, but my guess is that we’ll get closer to 4,600.

Again, this would just be embarrassing the Android phones, which have only just now been able to pass the 3,000 mark.

Following a simple trendline, I would expect a score of around 7,200 or so in the 3DMark Sling Shot Unlimited test. That’s very good, but not a very big leap over the A14.

The Sling Shot test is pretty ancient at this point, however. The new 3DMark Wild Life test is far more modern, and a better representation of how modern GPUs handle the latest high-end 3D games. Frame rates in that test could get into the high 50s, perhaps even reaching that magic 60fps number.

We shouldn’t just look at 3D graphics performance, though. Increasingly, Apple seems concerned with improving the compute capabilities of it GPUs. That means using the GPU to process massively-parallel math routines often used in things like image and video manipulation, AI and machine learning, and scientific work. Geekbench 5 has a test for this GPU compute capability using the Metal API, and Apple’s A-series chips get a lot faster with every release. The score for the A15 could be as high as 12,000, on par with the iPad Pros that use the A12Z. That’s comparable to GeForce GTX 980M performance.

However, if current 3D graphics performance is bottlenecked primarily by memory bandwidth, and Apple manages to greatly improve it (through bigger/better caches or a move to LPDDR5), we could get a much bigger GPU performance boost.

I speculated last year that Apple would make the switch from LPDDR4X, which was featured in the last three generations of A-series chips, to LPDDR5, the RAM used in the Galaxy S21 and other high-end Android phones. Oddly enough, that didn’t happen—the A14, and even the M1 that is based on it, use LPDDR4X.

This has got to be the year Apple takes the leap. Doing so will provide up to 50 percent more memory bandwidth at equivalent power. This will make it easier to keep all the CPU and GPU cores fed with data, which means better sustained performance. It might also lower power consumption, extending battery life.

When it comes to benchmarks, tests will often fit into the processor’s cache and don’t scale directly with memory bandwidth. Real-world applications tend to benefit more from additional memory bandwidth than synthetic benchmarks do. Modern high-end 3D graphics typically scale well with additional bandwidth, however. The switch to LPDDR5 will improve any memory-bound situation, but will have the most obvious impact on high-end graphics applications.

We don’t often get a lot of detailed information about Apple’s “uncore” parts of the SoC. Apple silicon has a wide array of encoders and decoders, image processing, audio DSPs, and other stuff to accelerate specific tasks. There are important, but hard to isolate to measure performance. Will this be the first Apple silicon to include a hardware decoder for the AV1 video codec? I hope so!

However, we do get some top-line information about one such special-purpose accelerator: the Neural Engine, Apple’s machine learning processing array. The A14 featured 16 Neural Engine cores, double the number of cores found in the A13. Along with other enhancements, this boosted performance to 11 TOPS (trillions of operations per second).

Apple puts a huge emphasis on machine learning, and it’s sure to want to boost ML performance much further. Again, I’d expect some combination of architectural improvements and additional cores, though the latter may be constrained somewhat by the limited chip size and transistor budget. I’d estimate a final performance figure between 15-20 TOPS, but that’s not much more than a guess.

An upgrade to the modem

The current iPhone 12 lineup uses Qualcomm’s Snapdragon X55 modem. While the company has announced the X65, it won’t be ready in time for this year’s new iPhone. Qualcomm announces these modems months before they begin volume production, and then it takes many months more before phone makers integrate, test, and qualify them.

In short, the A15 will likely be paired with the Snapdragon X60 modem. The X60 supports the same peak speeds as the X55 (well in excess of what any carrier can deliver right now), but it should deliver high speeds more consistently thanks to improved carrier aggregation technology.

The biggest improvement is likely to be battery life; the X60 is made with a 5nm process, while the X55 used a 7nm process. That means a smaller, lower-power chip, and probably less of a battery life penalty for using 5G.

As far as other wireless features go, we can expect continued support for Wi-Fi 6, Bluetooth 5, NFC, and ultra-wideband (UWB). We might even see a jump to the newer Wi-Fi 6E. Not many routers support the 6GHz frequency spectrum yet, but it will be more common by this fall when the iPhone 13 is introduced, and everywhere over the lifetime of the product.