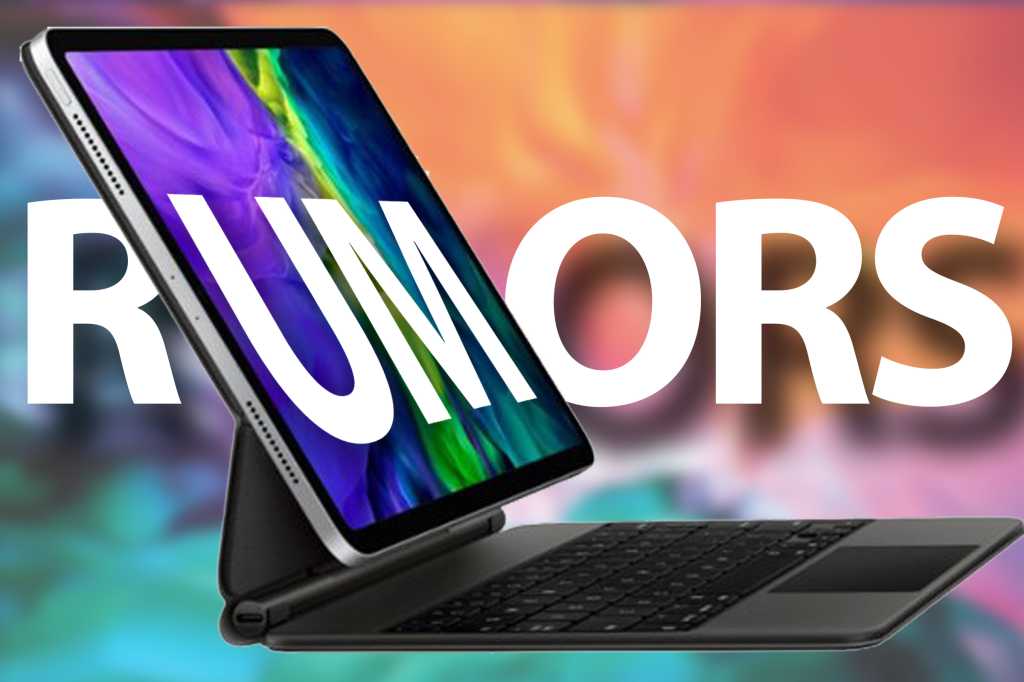 If you don’t track Apple rumors as meticulously as we do here at Macworld, you might be a little confused this week. While we were all planning to watch an Apple event next week, that all came crashing down when a flurry of new rumors (that contradicted the old rumors) left us all scratching our heads. If you’re confused, let us break it all down for you.

Will there be a spring event?

It was previously rumored that Apple would be holding an event in late March, with March 23 pinpointed by people who were supposedly in the know. That no longer seems to be the case. For one, Apple hasn’t sent out invitations for a March event yet, which it most likely would have done by now, even for a virtual event. Plus, Jon Prosser, who had previously sworn by the March 23 date, backtracked yesterday and said the event will actually be held in April.

We don’t actually have any indication that Apple will be holding a spring event at all, so we wouldn’t necessarily bet on an April event either. Prosser is the only leaker so far to promise an April event, so until we get some confirmation from Mark Gurman or some other reliable source of rumors, we’re going to remain skeptical.

What is releasing this spring?

Originally, we thought Apple’s spring event would bring three new products: the fifth-gen iPad Pro, third-gen AirPods, and the launch of Apple’s long-rumored AirTags. But now we’re not so sure. Here’s what’s we expect from a spring event or product launch.

The iPad Pro is seemingly still on track for a spring launch. Apple’s flagship tablet is all but certain to gain 5G networking and an A14 chip like the iPhone 13, which would position it firmly at the top of the tablet food chain. A report in Bloomberg also claims the iPad Pro might be getting a Thunderbolt connector, an upgrade over the current USB-C port. While the connector is the same, the new port would bring faster data transfers and higher-resolution display support.

Bloomberg also says the larger 12.9-inch model might also be getting a mini LED display “which would be brighter and have improved contrast ratios.” We’ve heard rumors of a mini-LED iPad for a while, with Ming-Chi Kuo previously reporting that production would begin in April.

AirTags have been rumored for years, and there hasn’t been a recent Apple event that didn’t include a rumor about its release. Speculation is that they would be circular Bluetooth trackers that can attach to non-Apple devices like backpacks and keys. Similar to Tile trackers, AirTags will presumably have a leg up on its competitors by tapping into the U1 ultra wideband chip in the iPhone 11 and 12, Apple Watch Series 6 to enable precise location tracking. AirTags will also reportedly tap into the larger iPhone network to help find lost items that are out of Bluetooth range. When someone using an iPhone passes by your lost keys, for example, it would send anonymous location data to your phone so you can track them down in the Find My app.

Despite a torrent of leaks including purported product images, a rumor earlier this week by oft-accurate Ming-Chi Kuo said AirPods production had been pushed back to the third quarter of 2021, likely signifying a fall launch alongside the iPhone 13. When they do release, the new AirPods are expected to have shorter stems like the AirPods Pro, but reportedly won’t bring high-end features like noise-cancelation.

The rumor mill calls these “AirPods 3,” but there was never actually an “AirPods 2.” There was a modest update to the original AirPods, which were still just called AirPods. It’s unclear whether these new models will get an updated name or not.

What’s coming later in the year?

Beyond April, rumors are very sketchy, but here’s what we expect in 2021:

iPhone 13 or 12s: We don’t know what it will be called, but you can bet any amount of money on a new iPhone launching in the fall. They’re likely to keep the same design but could have a smaller notch and in-display Touch ID.

Apple Watch Series 7: Like the iPhone, Apple launches a new watch each year like clockwork. We haven’t heard any details about a possible new model, however.

iPad and iPad mini: Bloomberg reports that Apple is working on a 9th-gen iPad with a thinner and lighter design, as well as a new iPad mini with a larger screen. Apple hasn’t changed the mini’s 7.9-inch screen since it launched in 2012.

MacBook Pro: The Apple silicon transition is expected to ramp up this year, with rumored 14-inch and 16-inch MacBook Pro models on the way. They could bring some big changes to the line, including an HDMI port, SD card reader, and MagSafe charging, as well as the possible removal of the TouchBar. Additionally, they may get mini-LED displays that are brighter and thinner. New models are likely to arrive in the second half of the year.

iMac: The iMac is also rumored to get a major Apple silicon-based redesign that trims the bezels, removes the chin, and adds more ports. They could arrive as early as WWDC in June or July.