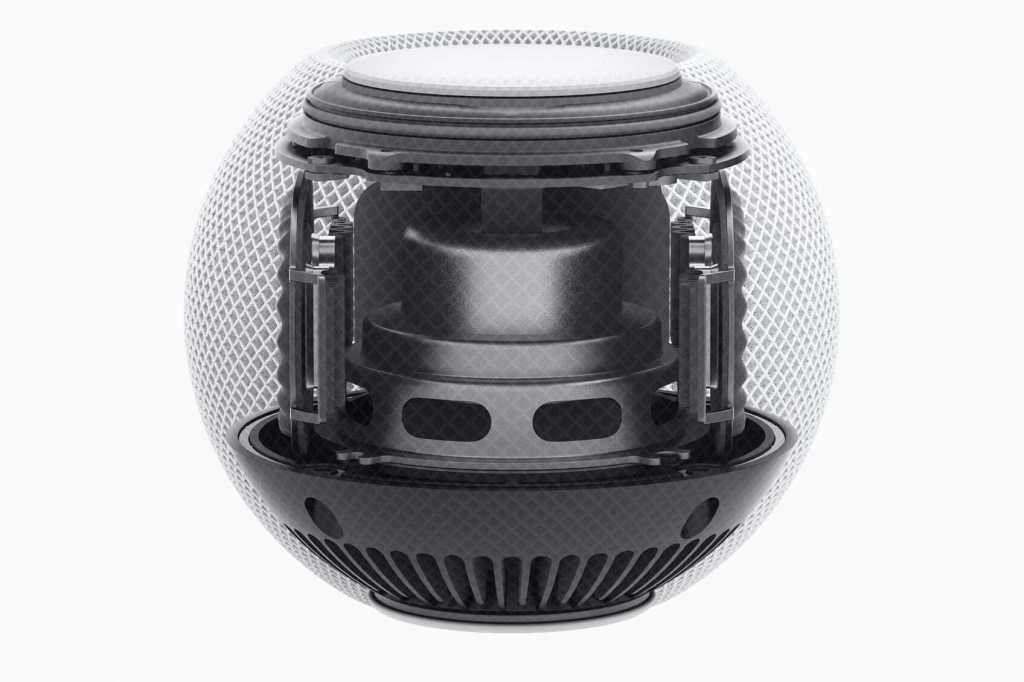 In a new report from Bloomberg, Mark Gurman revealed that the HomePod mini has tiny a sensor to measure temperature and humidity that, so far, lies dormant. Why is it there? Why isn’t it turned on? Will it ever be? With a company as secretive as Apple, we may never know the answers to these questions.

A little over a week ago, late on a Friday (where bad news goes to die), Apple revealed that it would discontinue the original HomePod, focusing instead on the HomePod mini. The HomePod mini has a U1 chip and supports the new Thread protocol, but those are apparently not the only features it has that the original HomePod lacks. The HomePod mini also apparently carries a tiny temperature and humidity sensor in its outer shell. Its existence was first reported by Bloomberg’s Mark Gurman, who then asked the experts at iFixit to find it. Find it they did, tucked into the outer shell, away from all the internal electronics. Its placement is such that it is clearly not meant to measure the temperature of internal components, but rather the ambient air.

The sensor currently doesn’t do anything at all. There are lots of HomeKit-enabled gadgets that can report temperature and humidity to the Home app (my Phillips Hue motion sensors report temperature, for example), but the HomePod mini is not one of them. It’s definitely a useful thing—you could set up automations to turn on the heat when the temperature in a certain room drops below a certain temperature, for example. Houses are often not heated or cooled evenly, after all. Competing devices from Amazon and Google already have sensors to measure the temperature of the room, and many third-party smart home accessory makers sell sensors that can be placed around the house.

It’s not entirely unusual for products to ship with unmentioned, unused hardware features that are enabled in later software updates. Sometimes, hardware becomes part of the design and ends up never being used, or even removed in subsequent manufacturing runs. We simply don’t know whether the HomePod mini will ever measure temperature and humidity or not.

As an interesting side note, Gurman mentions briefly that Apple, “has also been developing new speakers with screens and cameras, but such a launch isn’t imminent.” When products like the Echo Show, Google Nest Hub, and Facebook Portal were released, we lamented that Apple missed a huge opportunity to capture the home video calling market. FaceTime’s ubiquity on iPhones, iPads, and Macs makes a home video calling device a natural extension, and Apple’s privacy standards would make it far easier to trust. As it does not appear such a device is imminent, and Apple has dropped the larger HomePod, we hope it at least redoubles its efforts to improve Siri’s capabilities and unlock the potential of the HomePod mini.