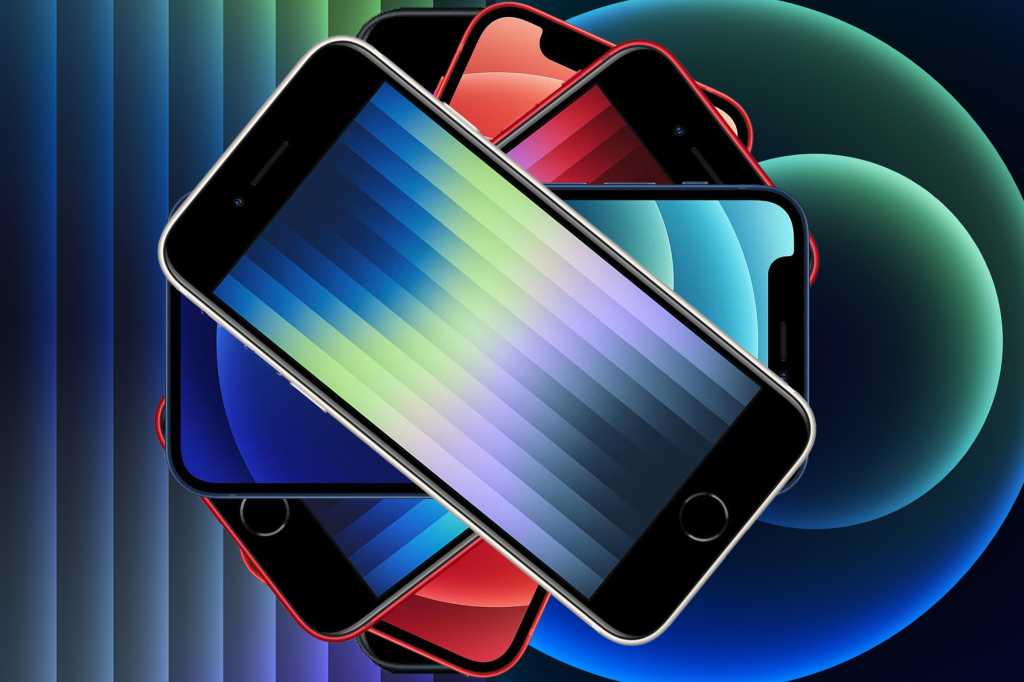 While most of the phones you see on store shelves are six inches and above, Apple hasn’t forgotten about people who like small phones. It sells two different phones with small displays: The iPhone SE, which received a massive redesign in 2020 and an update in March 2022, and two models of the iPhone mini, iPhone 12 mini and iPhone 13 mini, which are about the same size as the SE. After the iPhone 13 launched in 2021, Apple dropped the price of the iPhone 12 mini by $100, bringing it to $629 ($599 through carriers) and moving it ever closer to the price of the iPhone SE. But now that the new iPhone SE is here, which small phone should should spend your money on?

It’s quite obvious which is the “better” iPhone here. While the iPhone 12 mini has an older processor, it’s still plenty fast, and the best of the upgrades more than make up for it: an HDR OLED edge-to-edge display, an ultra-wide rear camera, a better front camera, 5G mmWave support, and Face ID. So, if you just want to get the “best” small iPhone no matter that cost, you can stop reading now: the iPhone 12 mini is where it’s at. But the iPhone SE isn’t your typical “budget” phone. Savvy readers will look at the vast difference in price and consider just how many of these features they really need.

The iPhone SE carries forth the design of the ancient iPhone 8, while the iPhone 12 mini features the newer “all-screen” design, with flat sides and an edge-to-edge display. It also comes in five colors—black, white, red, green, purple, and blue—as opposed to just three with the SE midnight (black), starlight (white), and red. There’s no doubt the 12 mini is a better-looking phone. It’s also just a little bit smaller and lighter, making it the smallest iPhone you can buy. But it’s not like the iPhone SE is a clunker, and you can probably get by with just three color options.

The display is much better on the iPhone 12 mini, though. The fact that it doesn’t have big bezels above and below the display means that, despite being a technically smaller phone, the iPhone 12 mini actually has more screen area than the iPhone SE (5.4 inches versus 4.7 inches). It’s not just the size, however. The iPhone mini also uses Apple’s best display tech, OLED, which brings tremendous contrast with deep blacks and higher resolution (476 pixels per inch vs. 326 pixels per inch).

Our pick: When it comes to the display, you really get what you pay for. Since you’re going to be looking at your phone’s screen hour hours each day, the extra $200 is definitely worth it. However, the iPhone SE still has a very good LCD, so if you still have a soft spot for the home button and the classic design, you’ll definitely be happy with it.

The iPhone 12 mini has the A14 processor, which is a bit slower than the A15 in the iPhone SE. If we’re being honest, however, modern iPhone processors are just so fast that you’re not likely to notice the difference in day-to-day use. Unless you’re the kind of person who knows you need the absolute fastest thing going, the iPhone 12 is going to be plenty fast enough to last for years.

Our pick: Power users won’t be happy with either phone, but for normal use, the iPhone 12 mini and iPhone SE will probably make it through most of the day, but you’ll definitely want to keep a charger around. 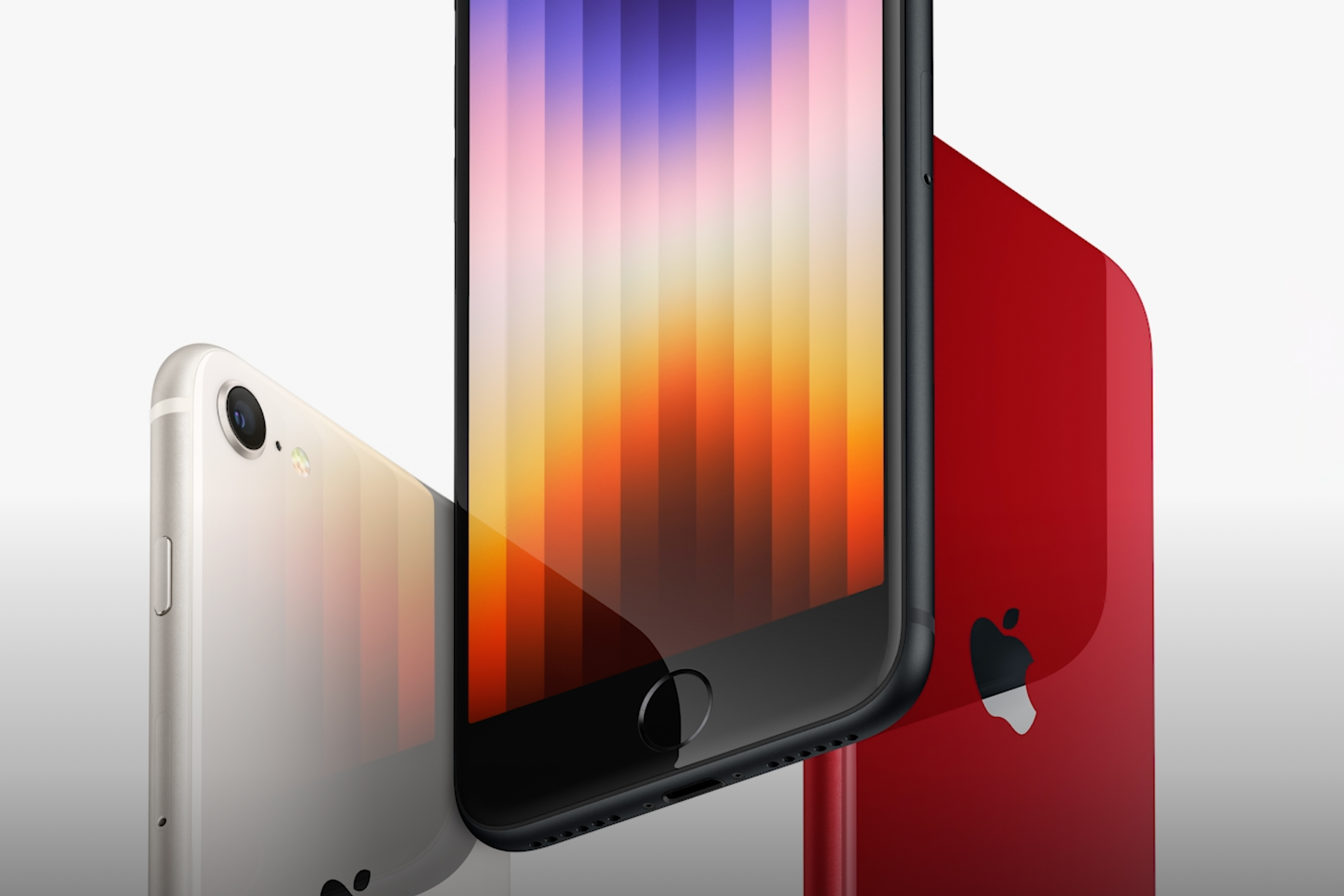 The iPhone 12 mini already has real major advantages with its display and design, and that edge continues when you start looking at the other features. Unlike the screen, however, the iPhone 12 mini’s other features are more about what you might need later. The most obvious difference is that the iPhone 12 mini supports “full” 5G (both sub-6Ghz and mmWave), while the iPhone SE only supports the slower sub-6Ghz. Right now, that’s not a big deal for most people. Even if your carrier has upgraded the towers near you to 5G, you probably won’t see a game-changing speed improvement.

MagSafe is another “maybe one-day” feature, as is Ultra-Wideband (UWB). Today, you can buy some chargers and cases that support MagSafe, but there’s not a whole lot out there. In the coming years, that ecosystem will certainly grow. The same goes for Apple’s UWB wireless chip, which allows for high-bandwidth and short-range data transmission as well as very precise location tracking. It’s sort of like room-scale GPS. Today it can be used to seamlessly hand-off audio between your iPhone and HomePod mini as well as find missing items attached to AirTags within a couple of feet of their location, but it’s still more of a “nice to have” rather than a “have to have” feature.

Our pick: MagSafe and mmWave 5G are nice to have, but they’re not game-changing features. But if you plan to hold onto your iPhone for a few years, the iPhone 12 mini will future-proof your purchase somewhat.

The biggest difference between the iPhone 12 and iPhone SE other than the design and display is the method of unlocking and authenticating. On the iPhone SE, you’ll be using the Home button, and it’s one of the last Apple devices to have one, along with the ninth-generation iPad. Apple says there is a 1 in 50,000 chance that someone that someone else’s fingerprint will be able to successfully unlock your Touch ID sensor. It’s fast and convenient, but obviously doesn’t work with gloves.

Face ID, on the other hand, uses 3D camera technology to create a facial scan that Apple says is far more secure (1 in 1,000,000). The sensor needs to see your face, so you’ll need to be holding your phone in a precise way and then swipe up to get to your Home screen, but it’s still extremely fast. Additionally, Apple has devised a lock-screen feature that hides notifications unless you authenticate using Face ID so if someone swipes your phone they won’t be able to see any sensitive information. There’s also a new Face ID with Mask feature in iOS 15.4 that lets you still use Face ID while wearing a mask, something that couldn’t be done previously without wearing an Apple Watch.

Our pick: Face ID is far superior to Touch ID, especially now that Face ID with a mask has arrived. In the winter, those who have Touch ID iPhones always complain about taking their gloves off to use them, and Face ID is much more secure technology (and it enables that great edge-to-edge display), but there’s still something convenient about putting your thumb over the Touch ID sensor and unlocking before you even pull it out of your pocket.

Since these are both iPhones, you know you’re getting a great camera no matter what you buy. While they both have 12MP main lenses that Apple has been using since the iPhone 6, they’re a bit different in how they snap and process photos. The iPhone 12 mini has the same wide-angle camera as the larger models, so you’re getting an f/1.6 aperture for stellar low-light shots along with night mode, which isn’t available on the SE without turning to a third-party app. The SE’s camera has an f/1.8 aperture, so shots will be slightly darker and noisier as well.

You’re also getting a second 12MP, f/2.4 ultra-wide camera on the iPhone 12 mini that can capture 120-degree field of view, which is also boosted by Night Mode. And while both cameras shoot in 4K at 60fps, only the 12 mini can capture videos in Dolby Vision HDR. Even though the SE has a single camera, it supports portrait mode and Portrait Lighting like the 12 mini, as well as Photographic Styles, Deep Fusion and Smart HDR technology that compares images and optimizes photos for the scene and lighting on a granular level.

Our pick: The camera on the new iPhone SE hasn’t changed at all, so pictures are largely the same as they were. They’re fine, especially in good lighting, but if photography matters more than anything else—or you take a lot of nighttime shots—you should spend the extra money on the 12 mini.

The iPhone 12 and iPhone SE both support the latest version of iOS 15 (15.4) and will likely support updates long after you’re ready to upgrade to a new phone. The iPhone SE has a slight edge here in that it has a newer processor, so it could support an extra version of iOS, but that won’t come into play until iOS 20 at the very least.

Our pick: Either phone will support iOS and security updates for years to come, so you should feel comfortable no matter which one you choose.

iPhone 12 mini vs iPhone SE: Which model should you buy?

You like small phones, and now you’re going to get a new iPhone. Do you buy the iPhone SE or pay $200 more for the iPhone 12 mini? It comes down to how much value you place in three key areas:

However, if you miss Apple’s old design and hate the notch, the iPhone SE is still an excellent phone at $429. It’s not just the cheapest iPhone you can buy, it still brings some high-end features such as wireless charging and portrait mode and performs nearly as well as the latest thousand-dollar iPhones. It’ll get updated for years too—probably longer than the iPhone 12 mini—so whether you’re going to replace your iPhone in just a year or two or are particularly rough on your phone and don’t want to spend a lot of money on something that’s bound to get beat up, go for the iPhone SE. 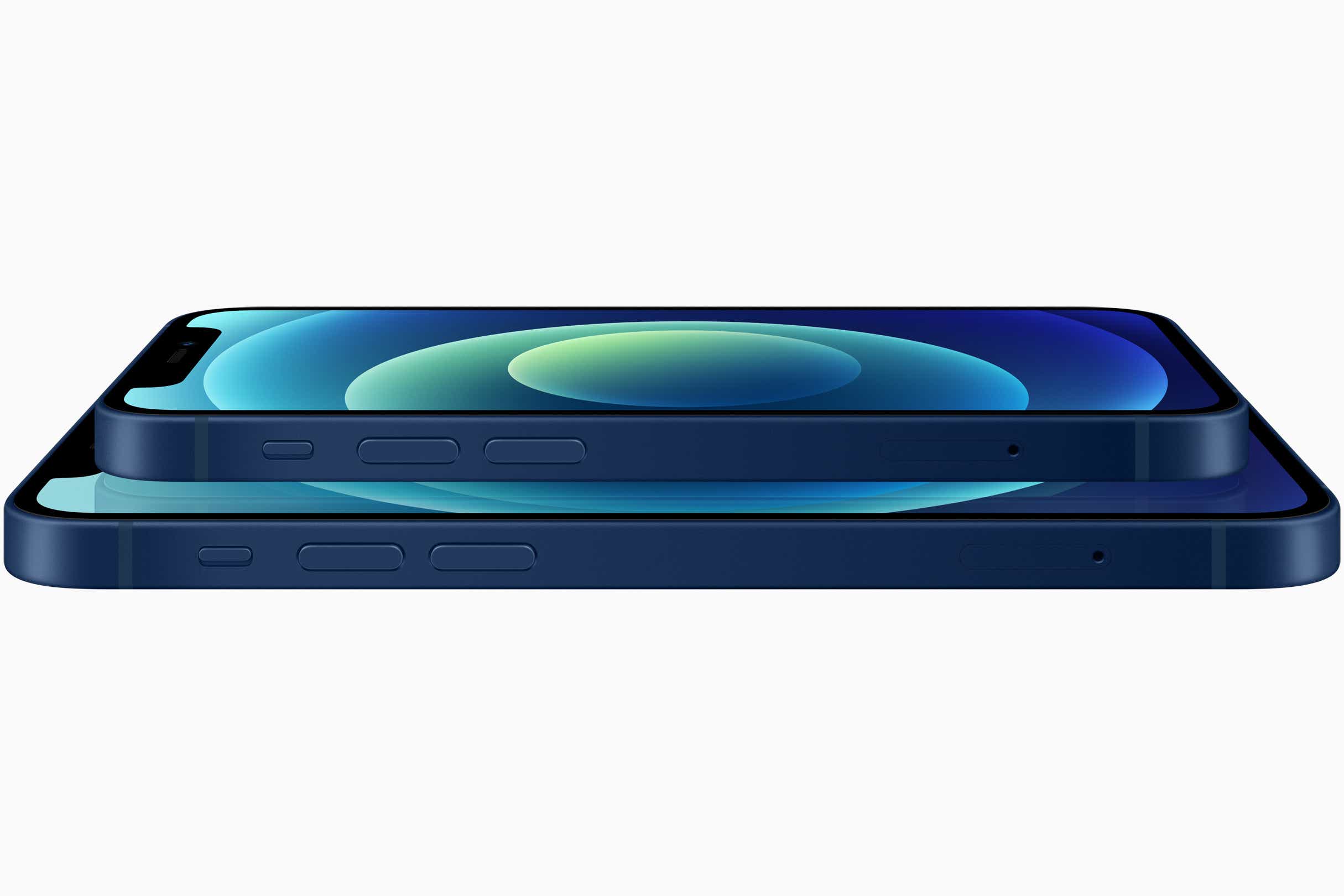