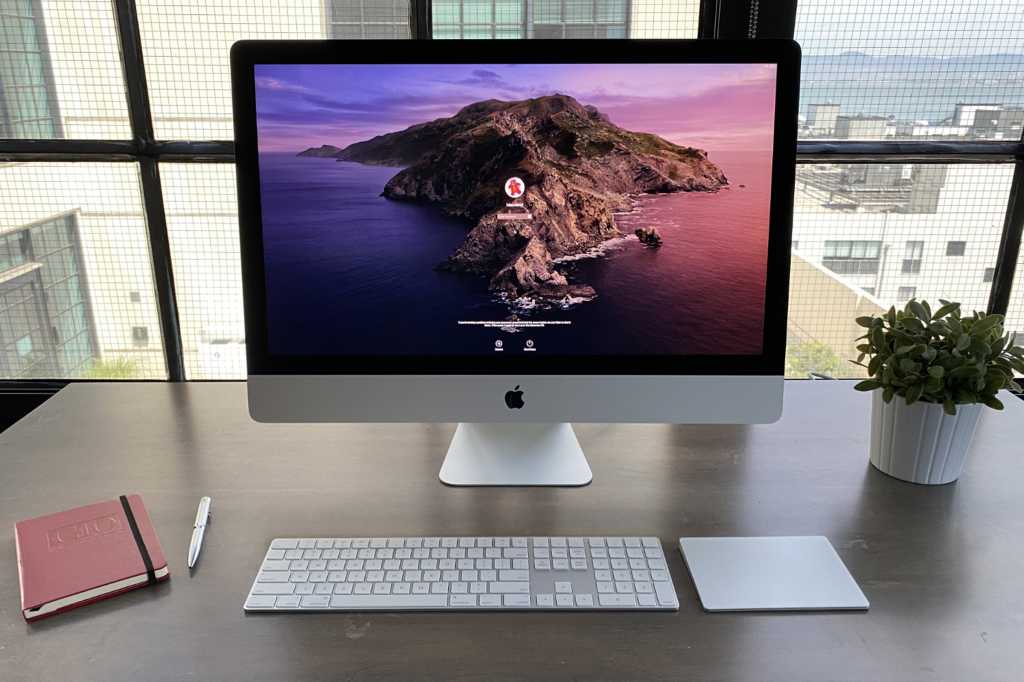 We all know an Apple silicon-based iMac is on the way sometime this year, but it might be coming very very soon. After retiring the iMac Pro and discontinuing some higher-end storage configurations of the iMac 4K, the latest macOS Big Sur 11.3 beta contains some clues that new models might be landing very soon.

As reported by 9to5Mac, the fifth Big Sur 11.3 beta that landed this week contains references to iMac21,1 and iMac21,2 code identifiers that haven’t been seen before. 9to5Mac says they match the Apple silicon codenames previously reported by Bloomberg, though there’s nothing out of the ordinary about the numbering. Last year’s iMac refreshes were labeled iMac20,1, iMac20,2.

But it still points to a possibly imminent release. While the existence of the identifiers doesn’t necessarily mean new iMacs are around the corner, it certainly lends some more fuel to that particular fire. A new iMac form factor has been rumored for more than a year, bringing a Pro XDR Display-inspired redesign that shrinks the bezels and eliminates the chin, and it stands to reason that the next Apple silicon-based Mac will be the iMac. New MacBooks are seemingly slated for the second half of 2021 and the Mac Pro isn’t rumored to arrive until 2022.

It’s been nearly 10 years since the iMac received its thin-edge design and another eight before it had its last major redesign. The current iMac form factor is basically a variation of the iMac G5 that replaced the iconic iMac G4 in 2004.