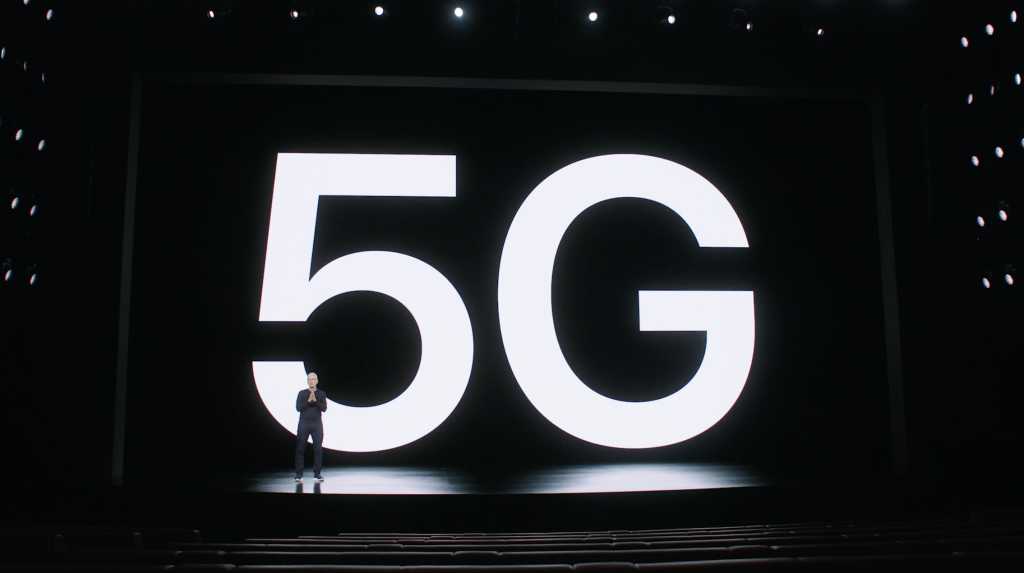 The marketing machine for 5G is now in high gear. AT&T arguably fired the first shot when it started re-labeling some of its 4G LTE service “5G Evolution,” complete with a “5G e” logo in the status bar of some phones. Now, 5G is everywhere you look. All the major carriers are spending big money hyping up “5G” and trying to convince you that, first of all, you need it, and what’s more, you need it from that carrier.

It’s all needlessly confusing, too. The carriers are trying to bamboozle you with big bandwidth numbers, misleading coverage maps, and confusing claims that have little to do with reality.

Here’s what you really need to know about 5G and how it’s going to impact you as an Apple user.

Simply put, 5G is the next major step in mobile wireless technology. A very simplified description of the mobile generations looks like this:

5G is the next step, and is meant to take us through the next decade of wireless service improvements. It can offer vastly improved speed, more reliable connections, and perhaps most importantly, it’s designed to accommodate a vastly expanded number of connected devices.

Why should I care about 5G?

In the short term, you probably shouldn’t. It’s going to take some time before 5G networks are really available everywhere and nearly any mobile device you want to use can access them.

For the most part, you can expect your first 5G phone to offer real-world download speeds ranging from a hundred megabits per second to over a gigabit per second. Depending on your location, phone, and a bunch of other variables, you can realistically expect it to be between 50% and 10 times faster than LTE service.

Over the years, as 5G networks and devices improve, those speeds will go way up. Years from now, we may see multi-gigabit download speeds along with upload speeds over one gigabit in the best circumstances.

5G networks also promise better management of congestion and much lower latencies (the gap in time between data leaving your device and reaching its destination). It should feel a lot more like being on Wi-Fi than on a cell network.

5G speeds are eventually going to be fast enough, with low enough latency, to serve as your home internet connection, and some providers have plans to do just that. You’d have a fixed antenna on your house or apartment and receive your home internet data transmission over the air.

That’s why 5G is important: It will eventually make your phone feel like being connected to a very fast Wi-Fi connection everywhere you go, and could provide some much-needed competition in residential internet access.

All three major carriers offer mobile 5G service, but it comes with a big asterisk. 5G coverage is spotty, in some cases very spotty. There are some cities where a carrier says they have 5G service, but it’s just a handful of blocks downtown.

T-Mobile is building 5G across a pretty wide spectrum, incorporating some mmWave stations and upgrading its existing sub-6GHz frequencies to 5G. The company merged with Sprint, giving it additional frequency in the valuable mid-band range. But T-Mobile is focused on breadth of coverage, pushing its 600MHz deployment of 5G, and trying to cover as much of the country as possible rather than going for the highest peak speeds.

Verizon is focusing on the super-high-frequency but super-short-range mmWave spectrum first, and expanding to lower frequencies later. Its coverage is so limited that the maps are city-by-city, but the performance, if you’re in one of those limited areas, is fantastic. Its newer “5G Nationwide” service helps expand 5G coverage with something called “dynamic spectrum sharing” but it has proven to be no faster than LTE in many cases.

AT&T offers both sub-6GHz and mmWave 5G connections, but it’s not as widespread yet as its competitors, and in some areas, the 5G frequencies are shared with 4G LTE network using dynamic spectrum sharing. You can see where AT&T claims it has 5G coverage on its coverage map, and it may be available only on some of AT&T’s plans.

To use the 5G network, you need a 5G phone. There are quite a few Android phones available, but none of them are cheap. Apple is expected to release its first 5G-capable iPhones in the fall of 2020.

It would be very generous to say that early tests of 5G networks and phones were “a mixed bag.” Phones overheated and dropped back to a 4G connection. Battery life is was not as good as you’d expect from phones with such huge batteries. Service, even in the limited locations where 5G is supposed to be live, was spotty. But we’re no longer at the bleeding edge with 5G, and modern devices like the iPhone 12 and new iPad Pro don’t have those problems. Battery life and cost are still a concern, however.

When will 5G be everywhere?

Carriers are rushing to build out 5G networks as quickly as possible, though the COVID-19 pandemic has slowed deployment.

The really fast 5G speeds come from using high-frequency radio waves called millimeter wave, which have never been used in cellular networks before. Higher radio frequencies give faster speeds but also cover a much smaller area from the cell transmitter. A single cell tower can cover dozens of square miles in the 700MHz radio spectrum, but will barely cover a city bock up in the millimeter-wave (mmWave) spectrum (above 24GHz). What’s more, higher-frequency radio waves do not easily penetrate materials: mmWave is easily blocked by trees, walls, windows, even other people.

Mobile network operators will have to build out many thousands of new towers to give us those super-fast mmWave speeds. And all the towers, existing and new, need a lot more “backhaul” (their connection to the internet). After all, they will need to support many more devices all transferring much more data.

All that stuff takes a lot of time. It’s a lot of construction work and tearing up streets, and that’s after dealing with local permits, easements, access rights, and so on.

Realistically, it will be late in 2021 before a majority of the people in the U.S. have at least some form of reliable 5G coverage on the carrier of their choice. 5G coverage won’t be on par with today’s 4G LTE coverage until 2022 or 2023.

On the other hand, it’s safe to say that millions of people in the U.S., mostly in highly populated areas, have reliable access to some form of 5G today, and coverage expands seemingly every month.

If you have any iPhone prior to the iPhone 12, you do not have 5G. There has been a lot of confusion about this.

Apple says the iPhone 12 supports more 5G frequencies than any other smartphone at the time of its launch. In the U.S., all models support mmWave in addition to sub-6GHz bands, and Apple says it has done a lot of engineering work and testing with carriers to provide the best possible experience.

Outside the U.S., the iPhone 12 models are limited to the sub-6GHz frequencies.

The latest version of the iPad Pro (introduced in 2021) has a cellular option that includes 5G support just like that of the iPhone 12. The regular iPad and iPad Air haven’t made the leap yet; the cellular versions of those products only support 4G LTE.

Though 5G is not a terribly important technology to have in a phone today, it’s great future-proofing. By the time 2023 rolls around, 5G will be commonplace and widespread, supported by many more towers, frequencies, and with better back-end technology. You may not need 5G in your iPhone today, but in a couple years, you’ll be glad you have it.