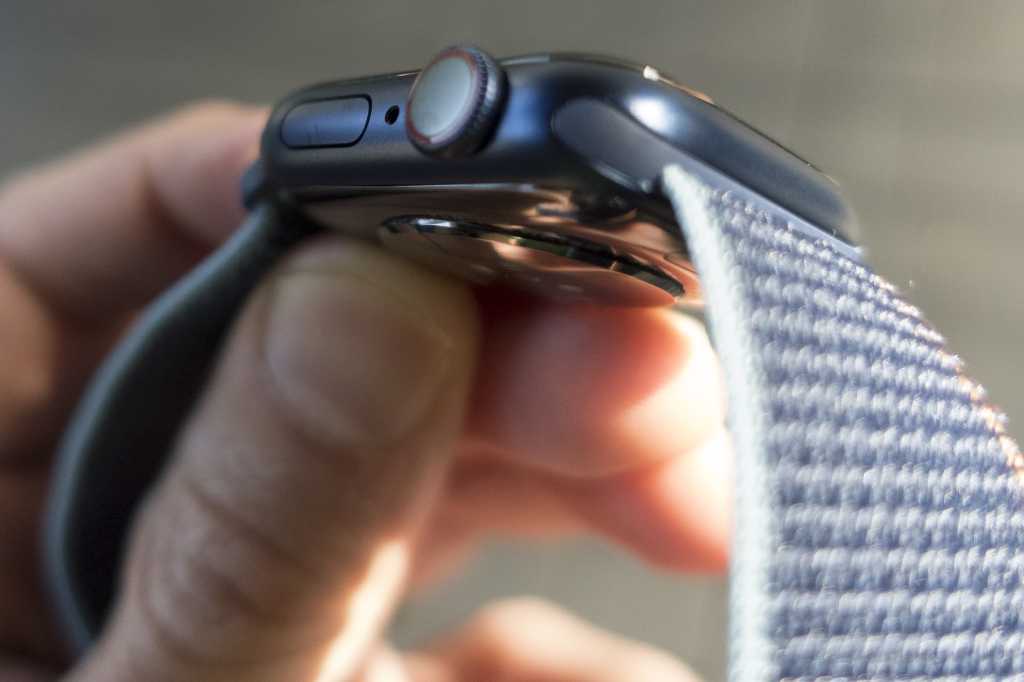 While the Apple Watch Series 6 already has 50-meters of water resistance and a sapphire crystal display option to repel scratches, but hard-core users might be getting even more protection for extreme sports.

A new report from Mark Gurman at Bloomberg says that Apple is working on a new Apple Watch with “a rugged casing aimed at athletes, hikers and others who use the device in more extreme environments” that could launch as early as this year. Gurman says Apple is considering “a rubberized exterior” that would be more resistant to scratches than the current aluminum, stainless steel, and titanium options.

The report states Apple is looking to bring “extra impact-resistance and protection” to compete with rugged watches from Casio and Luminox. Casio’s G-Shock watches are particularly popular among military personnel and hard-core athletes, with up to 200 meters of water resistance, a protruding bezel to absorbs shocks, and protective cushioning of the crystal oscillator and other critical parts internal parts to prevent “contact failure and malfunction.”

Gurman also says Apple is working on new swim tracking feature for the next iteration of the Apple Watch.

Bloomberg’s report notes that Apple previously considered a rugged smartwatch after its launch in 2015 but scrapped those plans. He cautions that this model could “ultimately be canceled or delayed.” There are already numerous third-party cases that claim to offer rugged shock protection with tens of thousands of five-star reviews on Amazon.

Also, this week, a patent was spotted by Macrumors that shows a “flexible display panel in both the watch face area and band may be adjusted to conform to the wrist size of the user.” A flexible wraparound display would offer far more functionality and customization than currently possible on the Apple Watch but is likely many years away from production.