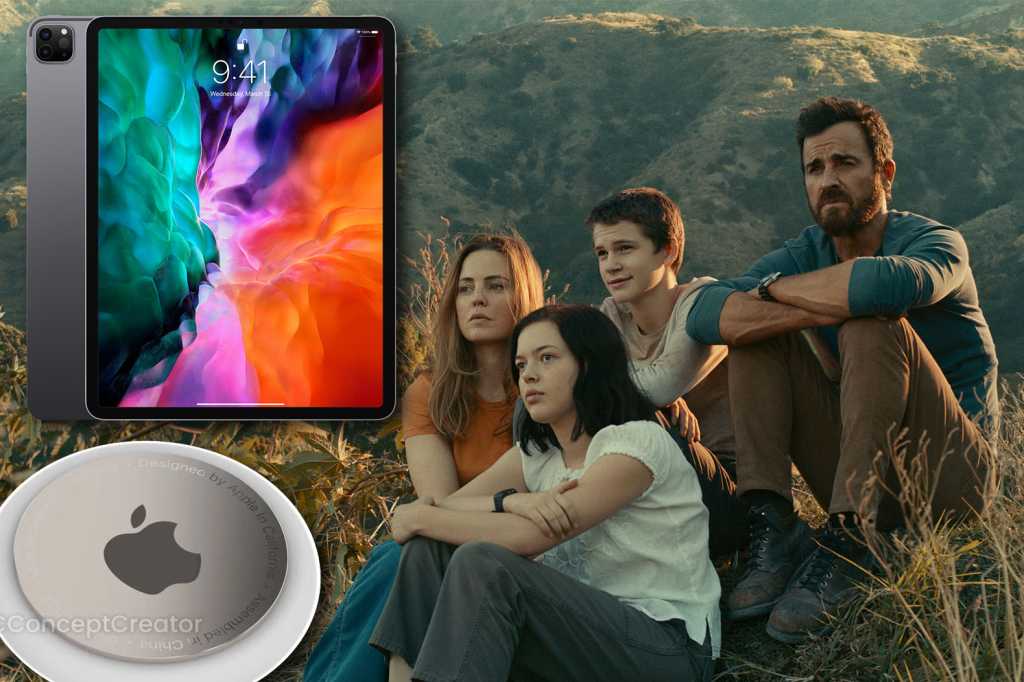 We expected all sorts of new products out of Apple in March, but the oft-rumored March event never happened and the month left us with little more than a few scheduled Apple TV+ releases and Apple Watch activity badges. We now know the next Apple event will happen on April 20, so we’ll finally get some new products.

The March event that was so heavily rumored never came to pass, but we’re getting an event on April 20 that will hopefully bring a spate of new products. After whiffing on March, we’re hoping that most of these launch at Apple park on April 20.

Apple’s Tile-like tracking devices have been rumored to be “coming soon” for what seems like years. With the announcement that Apple is opening up the Find My app to third-party devices, along with the increasing rumor activity, it seems like the spring event may finally be the month it happens. And if they do launch, they might actually be cheaper than we previously thought.

The current iPad Pro has little to recommend it when the iPad Air is such a strong, and more affordable, tablet. There was no iPad Pro based on a variant of the A13 chip, but we expect an update this year with an “A14X” processor. Expect it to be about on par with the M1 in the new Apple Silicon Macs—that chip is like an A14 with double the GPU cores and double the high-performance CPU cores, which is just what we saw in the “X” processors in past iPad Pro models. It will probably also offer optional 5G connectivity and perhaps a new display with mini-LED backlighting.

We’ve heard rumors of a refreshed and updated Apple TV device on the way for some time. Such a device could simply be similar to the current Apple TV 4K but with a more powerful processor, but the latest tvOS betas seem to point to a possible new remote design, or perhaps more. At the very least, Apple needs to completely replace the awful Siri Remote with something a lot more usable.

Maybe not: New iMac or AirPods

Apple is apparently working on a new iMac with a screen size in the 23-24″ range and design language similar to the iPad Pro or possibly the ProDisplay XDR. It will be powered by Apple Silicon (perhaps the successor the the M1). We don’t expect to see it until at least WWDC, however. After so many rumors that a significant update to the standard AirPods are coming this spring, the latest rumors suggest it won’t actually appear until the fall.

A lot of iOS point-releases are relatively minor in scope. This is a big one. Unlock your iPhone with your Apple Watch when you can’t use Face ID, track items in Find My, new emojis, new features in Apple Maps, Music, and so much more. We’re already on the fifth beta, so we’re assuming the general release will roll out this month, possibly alongside the aforementioned iPad Pros. For the full rundown based on the latest beta release, check out our iOS 14.5 guide.

MacOS Big Sur 11.3 should be released at nearly the same time as iOS 14.5. It will bring with it bug fixes and security improvements, Safari start page customization and new types of extensions, expanded game controller support and keyboard-to-controller mapping, and improvements to the way iOS and iPadOS apps run on Macs with Apple silicon. Also expect tweaks to Apple News, Apple Music, and Reminders apps.

Along with the latest iOS 14.5 update comes a corresponding tvOS 14.5 update. According to the current betas, we don’t expect much in the way of significant design or feature changes. But there are a few under-the-hood changes about support for fractional frame rates, type to Siri, and perhaps a new name for the Siri Remote and Home button (to Apple Remote and TV button).

The Apple Watch companion to iOS 14.5, watchOS 7.4 is required to enable the “unlock with Apple Watch” feature. It doesn’t have a lot of other new features, beyond security updates and bug fixes.

Apple usually releases new shows, movies, and episodes to Apple TV+ on Fridays at around midnight Eastern time. You can see our entire list of all the Apple TV+ shows, series, and movies in our list of current Apple TV+ shows, and upcoming Apple TV+ content.

The Year the Earth Changed

A David Attenborough-narrated nature special about the ways nature recovered during the pandemic lockdown of 2020. Premieres on April 16.

Six more episodes of this nature documentary series that focuses on the tiniest creatures. Narrated by Paul Rudd. Premieres on April 16.

Earth at Night in Color (season 2)

Filmed with new tools and techniques to bring full vibrant color to nighttime photography, this series gives us a better look at the lives of nocturnal creatures. Premieres on April 16.

A seven-episode miniseries that adapts the bestselling novel The Mosquito Coast, to star Justin Theroux. The novel was published in 1981 by Theroux’s uncle, Paul Theroux, and made into a movie five years later starring Harrison Ford. The book will be adapted for TV by Neil Cross. Premieres on April 30.

Apple releases new games to Apple Arcade on Fridays, but not every Friday is marked by a new game or significant update. Check our Apple Arcade FAQ for a full list of Apple Arcade games and more details on the service. Many games land by surprise, but you’ll often see a couple projects listed in the Coming Soon section of Apple Arcade.

On April 15, Apple announced new workouts for Pregnancy, Older Adults, and Beginners. Those will become available on April 19. There’s also a new instructor (Jonelle Lewis) and a new Time to Walk episode with Jane Fonda.

Apple constantly promotes itself as a eco-minded company, pushing toward carbon-neutrality and more sustainable product manufacturing. We expect the company to celebrate Earth Day (April 22) in a number of ways, and will expand this section as we learn more.

Apple has offered Earth Day themed Activity badges in the past, but notably did not have one you could earn in April of 2020. That was likely a precautionary measure due to the then-raging COVID-19 pandemic. While the pandemic is far from over, Apple seems fine with encouraging outdoor exercise activity, so it may appear again this year.

Apple has three nature documentary releases in April, due to release on April 16 (the Friday before Earth Day on April 22). The Year the Earth Changed is a new documentary special narrated by David Attenborough, and we’ll get a second season of the currently-available Tiny World and Earth at Night in Color.