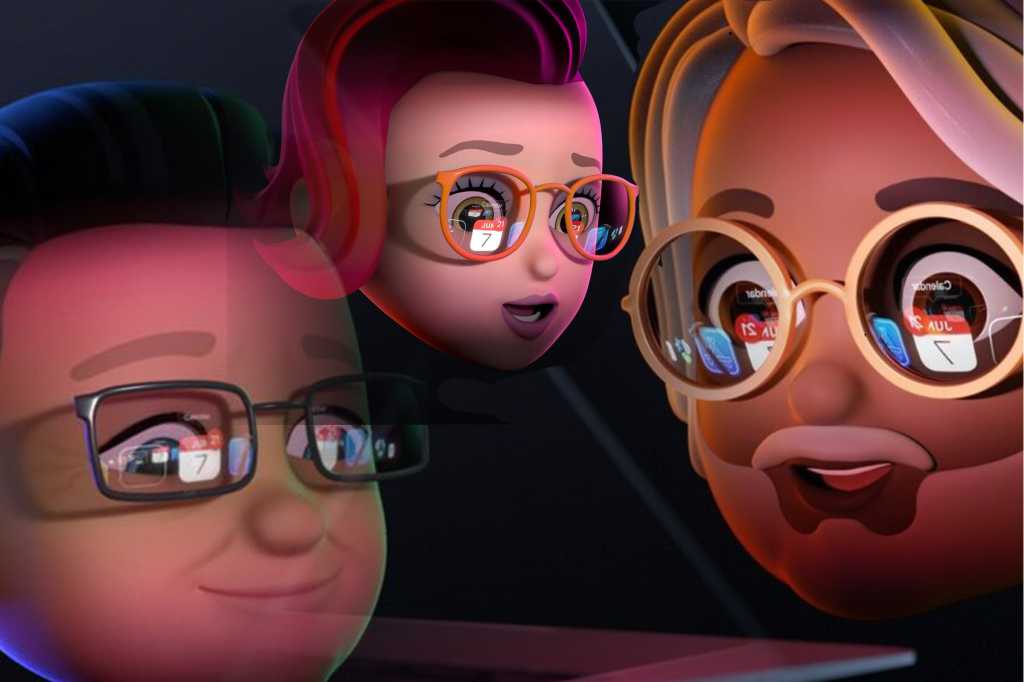 While we’re still waiting for the March April event to bring some new products, Apple at least gave us something to talk about this week. The Worldwide Developers Conference will be held June 7-11 in an all-online format just like last year. We’re expecting some great things for the Mac, a peek at iOS 15, iPadOS 15, watchOS 8, and macOS 12, but like always, we’re hoping there are some clues hidden in the teaser images.

We talked about it on our podcast this week, but we left the real detective work to our readers—and they had some wild theories. Here are few of our favorites.

It’s pretty clear that Apple wants us to focus on the fact that each of the memoji characters in the images are wearing glasses. On the surface, they’re a mere prop to reflect the icons that are on the MacBook’s display, but there could be something deeper going on.

Of all the things we expect from the Mac both at WWDC and in 2021, we’re mostly excited about the changes coming to the MacBook line. And readers think we might see some of them at WWDC.

It’s in the Calendar

It’s hard to miss the Calendar icon reflected front and center in the glasses, so WWDC could bring some new productivity improvements for the Mac.

And some wild theories

What it really means