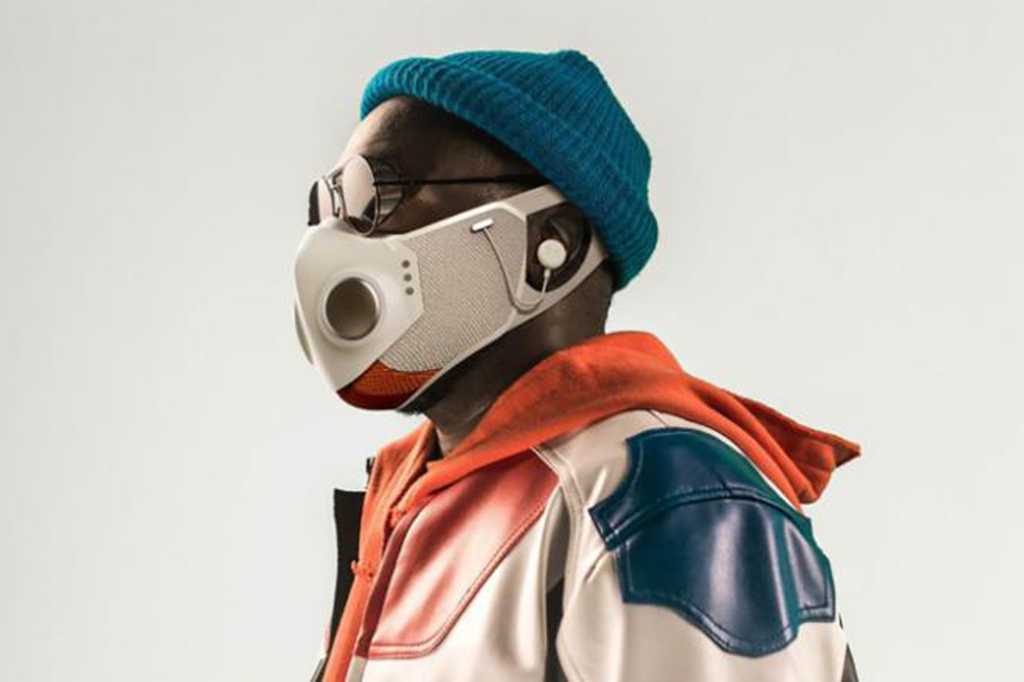 Face masks have become the ultimate ubiquitous wearable accessory. So it’s only natural that Will-i-am wants to turn them into high-priced tech fashion.

After trying out iPhone camera accessories and cases, and appearing on Apple’s short-lived reality competition show Planet of the Apps, Will.i.am is launching Xupermask in conjunction with Honeywell, which is best known for Wi-Fi humidifiers, air purifiers, and thermostats.

The Xupermask looks more like a gas mask than a Covid-era cloth face mask and it’s loaded with tech: Bluetooth, noise-canceling headphones, a trio of dual-speed fans, a Honeywell HEPA filtration system, LED lights, and seven hours of battery life. You can connect to your iPhone to play music and take calls.

The Xupermask fits over your ears and has a seal over the nose to prevent fogging, which is actually a serious issue with many other masks. The filters are replaceable (you get three at purchase) and the battery is rechargeable via USB. It looks a little like the Avengers Endgame masks without a shield, which makes sense because they were designed by costume designer Jose Fernandez, who created Elon Musk’s SpaceX suits and worked on several Marvel Studios films.

Will.i.am told The New York Times that he “wanted to make a mask to fit the era that we’re in.” The former Black Eyed Peas rapper doesn’t have the best track record with his tech moonshots, but he’s betting that masks are here to stay. He sees it as a new category of fashion like sneakers, but it’s hard to overlook the high-priced and high-tech wearable tie-in as well.

And after Apple sold out of its $549 AirPods Max headphones in about an hour, it doesn’t seem quite so crazy. The Xupermask will launch on April 8 at xupermask.com.