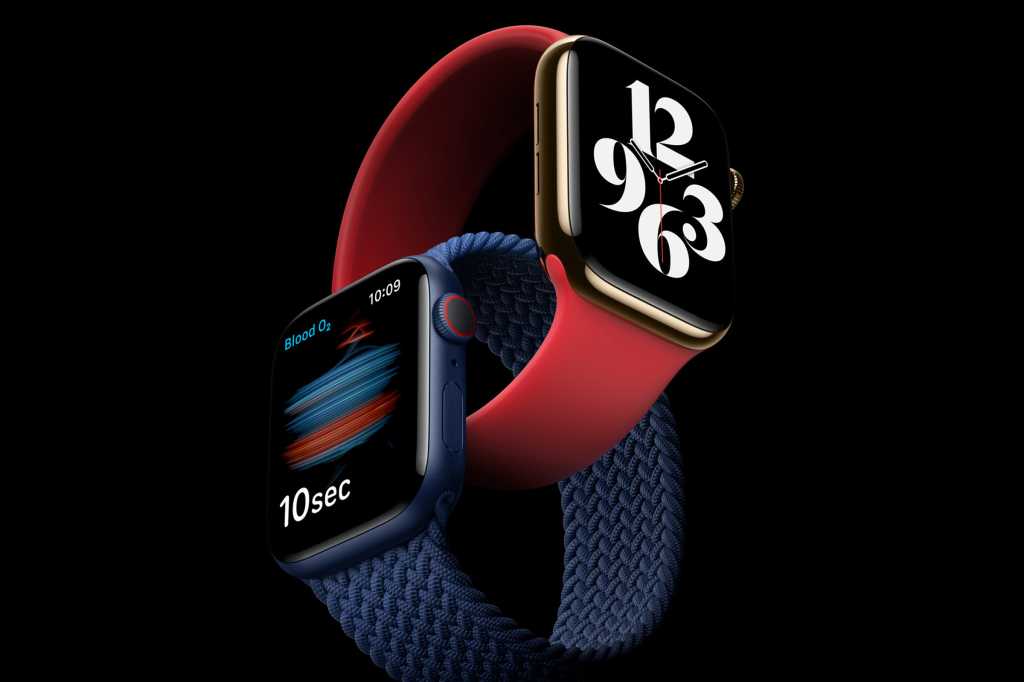 There are lots of ways we want the Apple Watch to be better, and most of them wouldn’t even require buying a new watch. Apple’s smartwatch is already way more capable than any of its competitors, and outside of vastly improving battery life, the hardware itself doesn’t really need to get better. The software, on the other hand, should continuously improve. Apple has to walk a fine line between adding useful features and increasing complexity on a device with a 1.5-inch display, but there’s still a lot of room to grow. Here are five features we want to see when Apple introduces watchOS 8 later this year.

I still can’t figure out why I can’t have my Apple Watch notify me when I wander more than 10 feet or so away from my iPhone. Using Bluetooth signal strength to approximate distance is already a solved problem—Apple does it for the “unlock your Mac with your Apple Watch” feature. Just allow me to optionally turn on a mode where the Watch and iPhone both beep and the watch taps my wrist when they’re no longer “nearby” to each other. It could even be location-aware, so if it’s connected to your home Wi-Fi it needn’t buzz. Just give us a quick toggle in Control Center and an option in Settings not to alert me when we’re at home.

Users have been begging for a “Faces Store” for Apple Watch since the first day we strapped it on our wrists. Granted, we don’t really want to be nickel-and-dimed for a bunch of Baby Yoda—sorry Grogu—watch faces, and Apple probably doesn’t want the hassle of trying to keep copyright and trademark infringements out of a watch face store, but there has to be some middle ground.

A carefully-managed FaceKit framework for developers and strict rules for a Face Store could prevent most of the problems right off the bat. Like widgets for iOS, Apple could produce a wide variety of art assets for hands, backgrounds, numbers, borders, and other features that don’t run afoul of other company’s claims (or are officially licensed), then developers could mix and match, tweak size and position, color, materials, and more to make thousands of unique faces. And like the App Store, Face Store should have human-minded guardrails to prevent overpriced faces, faces that display ads, faces that require specific apps, and so on.

Speaking of watch faces, it would be great if the Apple Watch could automatically change them situationally. We know we can add multiple faces to our Watched and swipe through them, but that’s annoying and unintuitive and most people probably don’t do it very often. But setting different day or night faces? Or geo-tag locations for different faces so we automatically see a different face at home, at work, at the gym? Or even just cycling through five or 10 faces throughout the day? That has real value.

Activities don’t carry the same weight to everyone, but we’ve been stuck with the Move, Exercise, and Stand rings since day one. The Apple Watch can now do so much more, so why not a Breathe ring, a Sleep ring, or a Calories ring (as recorded by one of the many calorie-counting food apps)?

I would much rather be motivated to close a Sleep ring than the Stand ring, and it would arguably have a bigger impact on my health and well-being.

All of Apple’s default apps should be available across all Apple’s devices in a way that makes sense for that device. It’s ridiculous to me that there’s an Apple News app on my watch but no Notes app. It’s not that I think most people would want to take notes on their watch, but it sure would be handy to pull up the notes we already have.

We wished for it last year, and we didn’t get it. Let’s hope this is the year. It shouldn’t be hard, as there are plenty of third-party note taking apps with Apple Watch support that work great. But we’re partial to Notes on our iPhone and we’d like to be able to use it on our wrist too.