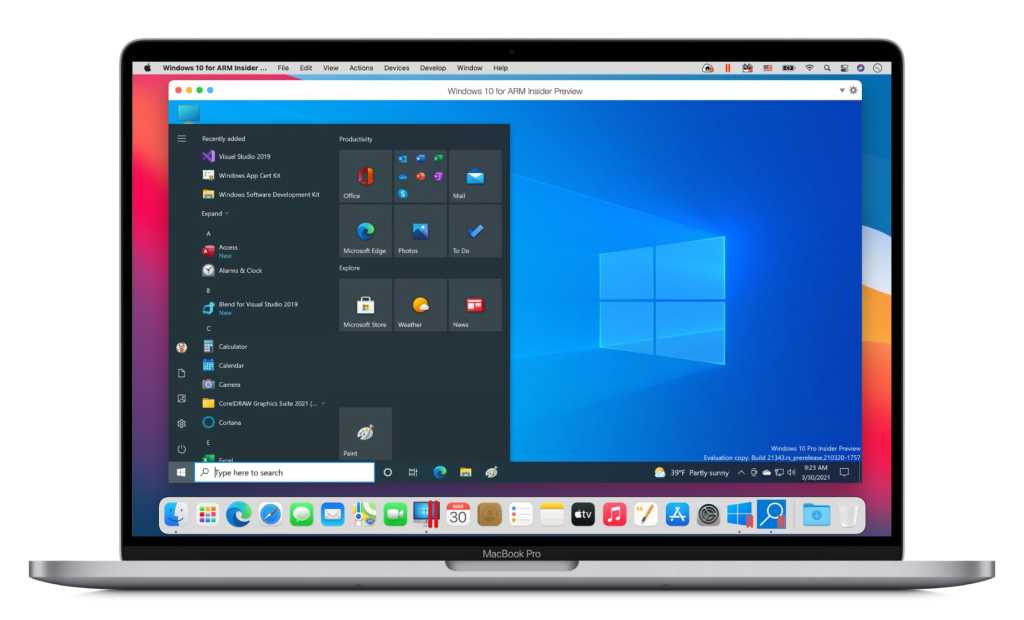 The M1 Mac’s inability to run Windows might seems like an obvious limitation, but it’s actually a major issue for a lot of Mac users. Boot Camp is gone so you can’t run Windows natively, which means you need to use a virtualization app. A few months ago, Parallels previewed its Parallels Desktop for Mac virtualization software on M1 Macs, and on Wednesday, the company annnounced that Parallels Desktop 16.5 for Mac—which brings full native support for both M1 and Intel Macs—is out of beta and now available to the general public.

If you want to run Windows on your M1 Mac, you can launch Parallels Desktop 16.5 to run the Windows 10 ARM Insider Preview, the only version of Windows that can run on Apple silicon. To get the Insider Preview, you need to register for Microsoft’s Insider Program. Keep in mind that this is beta, so some features may not work, and it isn’t optimized for performance.

Despite the lack of optimization on Microsoft’s part, Parallels claims that performance of Windows 10 ARM is 30 percent better on an M1 Mac than Windows on an Intel Core i9 MacBook Pro, and DirectX performance is 60 percent better compared to a MacBook Pro with a Radeon Pro 555X GPU. And the M1 Mac uses 2.5 less energy than a 2020 Intel MacBook Air, the company says.

The major features that were in the version 16 release are fully available on M1 Macs, including Coherence Mode, Mac keyboard layouts, Shared Profiles, Touch Bar controls, and more. Parallels says that it “hopes” to add the ability to run macOS Big Sur in a virtual machine later this year.