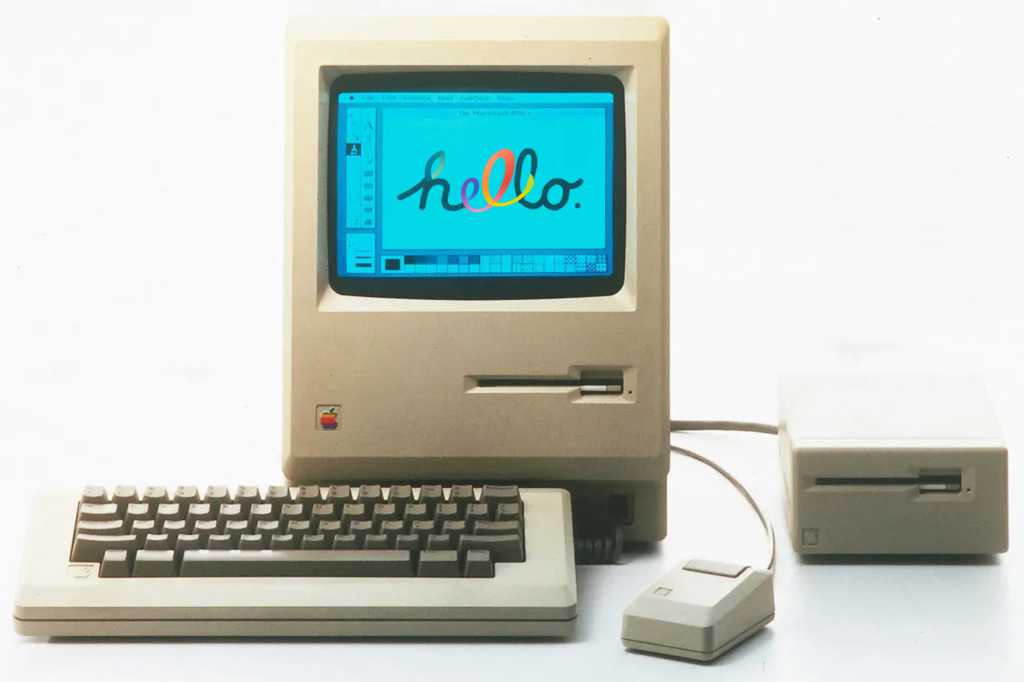 It wouldn’t be an Apple event without a little friendly sleuthing, and the Spring Loaded invite is no exception. But unlike the usual shot-in-the dark wild guesses, there’s one that caught our attention this time.

We’re not sure it actually means anything, but people more conspiratorially minded than us have noticed that if you rotate and resize the squiggly drawing of the rainbow Apple logo on the invitation, it looks a lot like the cursive “hello” that appeared in the original Mac advertisement. We didn’t really believe it until we overlaid the two images on top of each other, and as you can see below, they match up quite well. Even the leaf fits on the top half of the “H”.

Considering there are rumors of new iMacs arriving soon, considered our curiosity piqued. We can see it now. Tim Cook starts wrapping up the presentation with the Spring Loaded logo behind him and then says, “But there’s one more thing…” The logo starts to move like the AR Easter egg, begins to twist, and turns into an updated “hello” like the original iMac.

Does it mean that Apple is about to launch a new revolution with the unveiling of a brand-new all-in-one for the first time in nearly a decade? Probably not. Is it going to keep us up for the next five nights thinking about it? Absolutely.