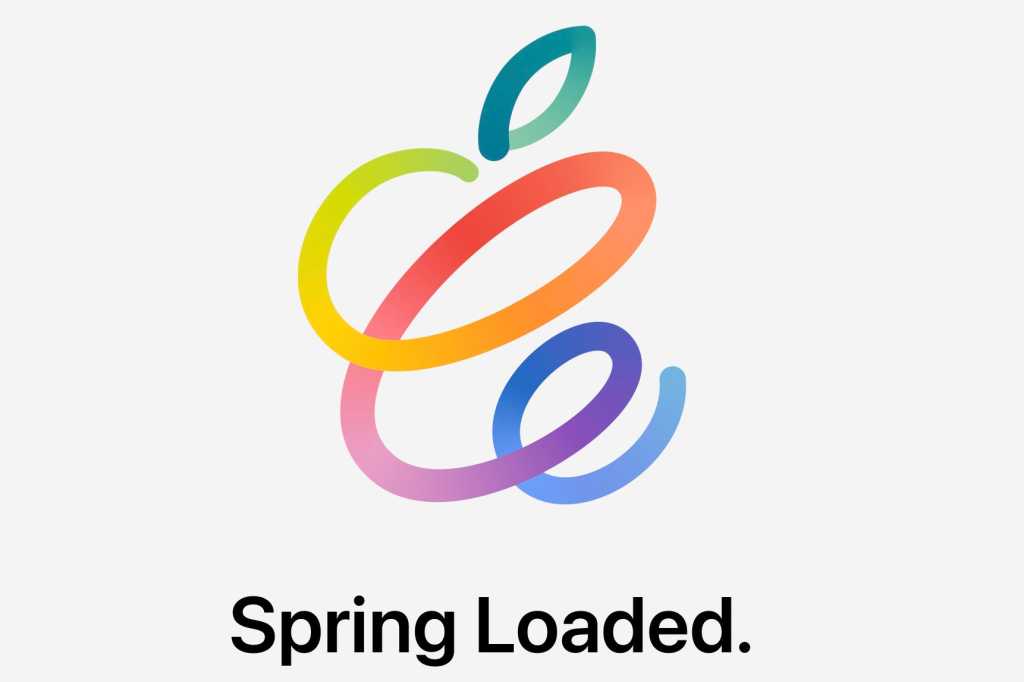 If there’s anything Macworld readers love more than an Apple event, it’s the Apple event invitation. We can’t just sit back and let the event unfold in front of us. Oh no, we have to spend hours and hours before the event going over every little pixel of the graphic Apple uses, and dissect each and every syllable of the tag line. Hey, we can’t help ourselves! We’re fanboys…err, we’re enthusiasts.

In case you’ve been knocked out for a bit by a covid vaccine [me raising my hand], here’s some background. Apple is having an online event on April 20 and invites were sent out earlier this week. The invite had the graphic and tag line pictured above: a colorful “line-art” interpretation of the Apple logo, and the words, “Spring Loaded.” (If you want to see it on Apple’s site, visit Apple Events.)

Since we had a few days before the next episode of Falcon and the Winter Soldier, the search for Easter eggs and hidden messages in the invitation kicked into high gear. Many of you posted your thoughts on Macworld’s Twitter and Facebook feeds, and we thought we’d highlight some of them here. Here’s what you think is hidden in the Spring Loaded invitation.

You’ve heard of and used number 2 pencils, but have you ever used a number 3 pencil? It uses hard graphite that makes lighter lines and feels grindy when you write. Hopefully, the third generation of Apple Pencil won’t be like that.

iPad for the new Apple Pencil

If there’s a new Pencil, then there needs to be a new iPad. While Apple released new consumer iPads last fall, the Pro lineup got a minor update in 2020 and we think we’ll see Pro updates on Tuesday.

The rollout of Apple silicon has been successful, and we’re anxiously awaiting the next phase. But apparently, you want more than a fast, efficient system on a chip in the next iMac. You want to go beyond the black and gray exterior. You want Apple to draw inspiration from the original iMac.

Readers also think Apple could unveil new AirPods and the long-rumored AirTags tracking devices. But then some of you had other ideas on what Apple could release.

Many of you noticed that Spring Loaded is happening on April 20—4/20, a day celebrated by cannabis culture. Based on your responses on social media, a lot of you have already gotten a head start on the 4/20 festivities. We try to actually respond to your postings with a comment, but sometimes we’re left scratching our heads and resort to a simple “like”.

You know, we could go on and on about the invitation for hours. I didn’t even touch upon the theory that the colored strokes are patterned after the “hello” in the original Macintosh ad. But it’s getting out of hand, and at some point, you just gotta stop.

Before we leave you be (there’s a special episode of Mythic Quest we need to get to!), one last thing. Last week, we took a poll on your pick for the next Apple CEO, and some of you took issue with “Zombie Steve Jobs” as one of the choices. Some thought it was in bad taste and we granted that. But then this showed up in our Twitter feed, which just goes to show, taste is in the mouth of the beholder. Or something like that.