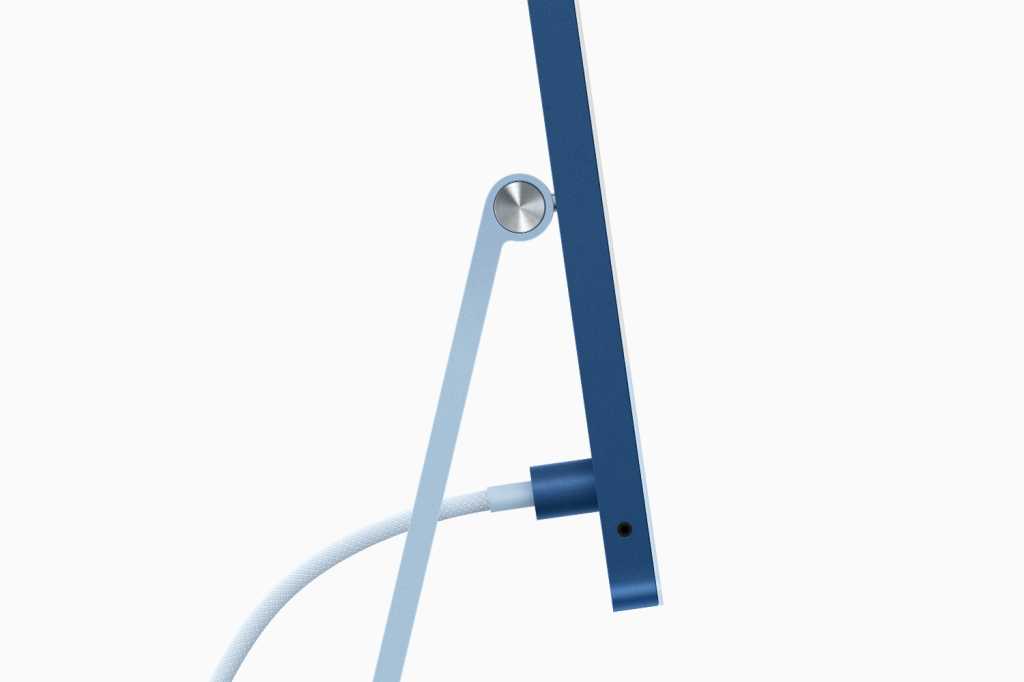 There was a lot of new stuff announced at Apple’s Spring Loaded event this week. By now you’ve already read about the new iMac, iPad Pro, AirTag, and Siri Remote, but there are a bunch of smaller announcements you might have missed.

The entry-level M1 iMac has a lot of sacrifices

We were pretty stoked when Apple announced that the new 24-inch 4.5K M1 iMac starts at $1,299, but what we didn’t realize is there’s a pretty large asterisk. Not only is it missing one of the GPU cores versus the $1,499 model, but it also has only two USB4/Thunderbolt ports, no Gigabit Ethernet, and the keyboard doesn’t have Touch ID. Apple says they’re add-ons (not the USB ports though), but at that point, you might as well just spring for the higher model.

The 12.9-inch iPad Pro is a lot more expensive now

The iPad Pro has never been cheap, but the new model has some serious sticker shock. Where the previous iPad Pro topped out at $1,649 for the 12.9-inch model with LTE and a gig of storage, the same model will now cost $1,999 and you can spend as much as $2,399 on the 2TB model, the same price you’d pay for a 16-inch MacBook Pro. That’s because the base price has increased by $100, Apple is charging $200 more for the same 1TB storage, and the cellular costs have jumped by $50.

Apple’s new AirTags took up a small portion of the keynote, but they’re definitely a cool addition to Apple’s product line. And they’re not too expensive either, just $29 each or $99 for a pack of four. But if you want to attach them to a bag or keychain, you’ll need a separate dongle that houses the AirTag. They start at $29 for an Apple one, but if you want the most luxurious case for your AirTag, you can buy a Hermès bag charm for $299. Not enough? How about a Hermès Luggage Tag or $449. The Hermès holders each come with an AirTag, because at that price, why not?

The new Center Stage feature of the iPad Pro, which uses the Ultra Wide front camera to automatically pan and zoom to keep you in the frame as you talk, is not just for FaceTime. Apple says, “Center Stage works with FaceTime and other video conferencing apps,” so it might make the iPad Pro the ultimate Zoom meeting device. We don’t yet know whether apps need an update to take advantage of it, or if it’s a system-wide setting.

Apple’s new TV streaming box supports HDMI 2.1, which notably allows for 120Hz output. During the event, the company said it “can now play HDR at high frame rate.” But the spec sheet only mentions that video support goes up to 60fps, not 120fps. On the current Apple TV 4K, you get 60fps video output only with SDR, so the ability to play HDR video at 60fps on the new one is a definite improvement. It’s just not the improvement you might expect.

It’s unclear whether the box will output at 120Hz to supported TVs, and allow for games and other apps to output at 120Hz where applicable, with video decoding limited to 60fps. It’s also unclear if a future software update could enable 120fps video support, even if only for 1080p video.

Apple didn’t unveil an Apple Pencil or update the iPad’s Magic Keyboard at the Spring Loaded event, but it did introduce a new color: White. It’s not available for purchase yet, but we assume you’ll be able to preorder it Friday for shipping in May.

The Apple Watch didn’t get any stage time during the Spring Loaded event, but Apple still brought its colorful springtime spirit to its line of wearables. The online Apple Store has a slew of new band colors available for purchase, from the cheerful (Product) RED Sport Loop and Chlorine Blue/Green Glow Nike Sport Band to the understated Mallard Green Sport Band.

The AirTag battery is replaceable

Apple isn’t exactly known for the repairability of its devices, but the AirTag isn’t one that you won’t need to take to the Apple Store when it dies. When the battery dies in about a year (based on Apple’s estimates), a standard CR2032 coin cell battery is all you need to replace it. We’re not sure yet how the back pops off, but Apple says it can be easily replaced.

Apple kicked off the keynote by talking about a new feature for Apple Card that lets family members easily share the same account using Family Sharing. It’s a feature that should have been there from the start, but the good news is, you don’t need to be a new Apple Card subscriber to take advantage of it. Existing users will be able to merge their Apple Card accounts to get a higher shared credit limit while keeping the lower of the two APRs.

The new 12.9-inch Pro is a little too thick for old Magic Keyboards

While the new 12.9-inch iPad Pro is the same size and shape as the old new, it’s ever-so-slightly thicker (6.4mm vs 5.9mm). So while it will attach to the Magic Keyboard like before, it won’t close as well as it should, according to iGeneration, who saw an Apple Store support document. It only affects travel, however, so if you’re planning on using the Magic Keyboard mainly for stationary desk work, you might get by with an old one.

While you’ll need an iPhone if you want to use use an AirTag to keep track of your keys or wallet, you don’t necessarily need to rely on an iPhone user to return a lost item to you. When an AirTag is placed in Lost Mode, the finder can tap tap and hold the top of their iPhone or NFC-capable smartphone to the white side of the AirTag to display a Lost Mode message as well as information about the AirTag, including its serial number.

The new Siri Remote doesn’t have a U1 chip

Apple made a big deal about the AirTag’s ability to pinpoint locations within feet when using an iPhone 11 and iPhone 12, but if you want to keep track of the new Siri Remote, you’re going to need to strap an AirTag to it. Surprisingly, the Siri Remote doesn’t have a U1 chip inside it, so you won’t be able to track it down to the couch cushion it’s trapped in.

AirTags are cheap enough to buy in packs of four, but what’s really cool is how you can personalize them. We’re not talking about the colorful dongles—each AirTag can be engraved with four characters (letters and numbers) or three emoji. That’s a nice touch.

MagSafe is back, kind of

One of the cooler new features on the new iMac is the cable that attaches to the back of the screen. The cord matches the color of the iMac, which is cool enough, but the connection is very reminiscent of MagSafe, with a magnetic attachment that comes loose with a firm tug. We’ve heard rumors that MagSafe is returning to the MacBook, but we didn’t expect it to show up in the iMac first.

The new Siri Remote might bring a bunch of improvements over the prior model, but Apple TV gamers might not be so keen to update. Apple has removed references to the accelerometer and gyroscope in the new Siri Remote tech specs, which seems to indicate that we won’t be able to wave it around to control what’s on the screen anymore.