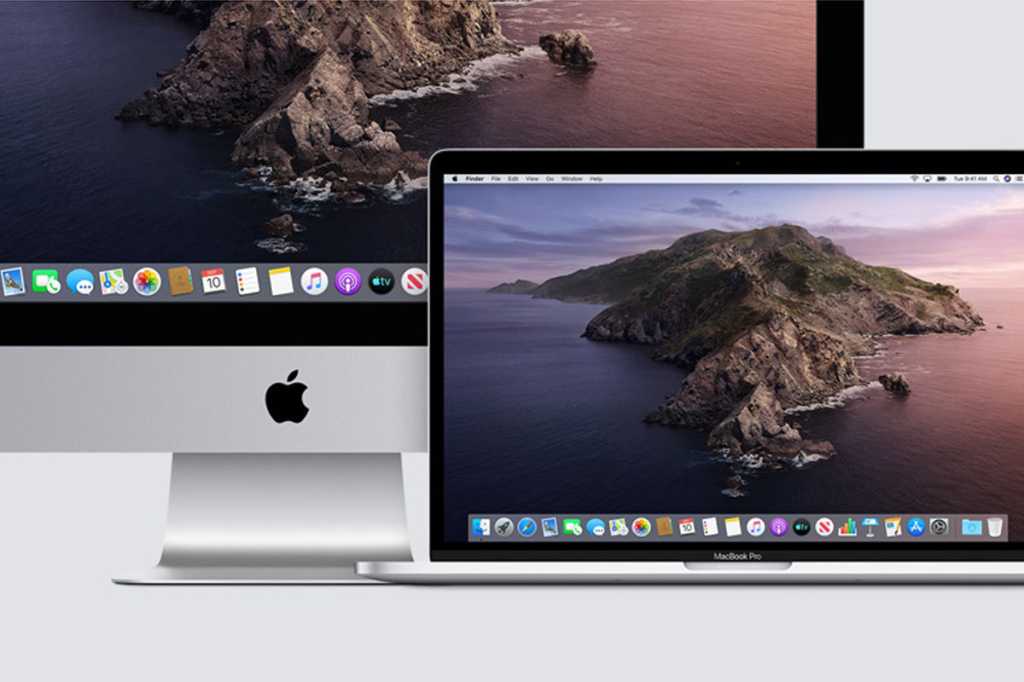 With the release of the latest version of macOS 10.15 Catalina, Apple introduces a slew of new features. You should (and will) try them all, of course, but where should you start? Well, we’ve been using the macOS Catalina betas, so we have ideas on which new features you should try first. These are the major new features that you’ll want to start with in the macOS update.

Get to know the Music, Podcast, and TV apps

The iTunes app is no more in macOS Catalina—it was an app that had too much going on, and Apple wisely broke up the app up into Music, Podcasts, and TV. You now manage the respective media in each app, and if you connect your iOS device to your Mac, you use these apps to coordinate your syncs.

Also, your iOS device now appears in the Finder. Here are instructions on how to backup or restore your iPhone or iPad on your Mac running macOS Catalina.

However, if you are a DJ, you should not upgrade to Catalina yet. According to a report by The Verge, Apple confirmed that DJ apps will not work on Catalina, because Apple dropped XML file support in the Music app. XML files are used by DJ apps to help organize music libraries. In Catalina, the Music app uses a new library format.

Sidecar: Use your iPad as a second display

Using multiple displays is a great way to make it easier to navigate your Mac. But if you don’t want to buy another display, or you’re looking for a way to add a second display while using your Mac laptop on the go, you can now turn your iPad into a second Mac display. There’s a new feature in macOS Catalina called Sidecar that lets you do this.

With Sidecar, you connect your iPad using a cable or you can use AirPlay. With the wireless connection, the iPad needs to be within 10 meters of the Mac, which makes this a great way to use the iPad as a presentation display.

Sidecar lets you extended the Mac’s desktop, or you can use mirroring. You can use the Apple Pencil with the iPad, and you can use iPadOS text editing gestures.

Sidecar requires an iPad that’s Apple Pencil compatible. Learn more about Sidecar, how it works, and how to set it up.

Block senders in the Mail app

It seems like the battle against spam and other unwanted email is never ending. But the Mail app in macOS Catalina finally has a feature to help. You can now block a sender, and doing so puts their emails directly in the Trash.

To block a sender, you do need look at an email from the offender. Right-click on the email sender in the From field, or click on the ˇ symbol that appears to the right of the email sender’s name. A pop-up menu appears, with one of the options to Block Sender.

Other new Mail features include the abilities to mute an email thread and unsubscribe from a commercial mailing list.

Use the Photos app to organize your photo collection? You’ll be happy to see that Apple has included new features that make it easier to browse your images.

A new Photos tab in the app has the ability to organize your picture based on Days, Months, and Years. Photos can also determine the best shots in your collection and showcase those images for your perusal. There’s also an All Photos view so you can see your whole collection, and the app is smart enough to keep your place in the collection when you switch views.

The Screen Time app made its debut in iOS 12, and now it’s in macOS Catalina. This usage-management feature can be used to set limits and restrictions on users. For example, parents can set limits on what their kids can do on the Mac. You can control access to certain apps and websites, and create reports on user usage. And if you have Family Sharing set up, you can use you iPhone, iPad, or Mac to configure Screen Time for all your devices.

You can configure Screen Time in the System Preferences. A future update (Apple says it’s coming “later this fall”) will allow for restrictions on who someone can communicate with on FaceTime and Messages.

Try the Find My app

The Find My app is like the same app on iOS 13. It’s an app that tracks your iPhones, iPads, and Macs, and other Apple devices so you can find them if they are misplaced. If you turn on the option to Enable Offline Finding, you can find lost devices that aren’t connected to the internet.

Find My also incorporates the Find My Friends functionality from the iOS app. It can tell you the location of friends and family who have given you permission to track them.

The above six features in macOS Catalina are ones you can get working right away. There’s another feature you should try, though it’ll take some time to work with it. But it’ll be time well spent.

The Accessibility settings have been expanded, making a Mac much easier to use for anyone with a disability. But the Accessibility options can be used by anyone. They are there for you to configure based on your tendencies and preferences.

The biggest changes are with Voice Control. Dictation is more accurate, and you can even use Voice Control to edit documents you are writing. You can use your voice to navigate your Mac, too.

It takes a while to learn how to use Voice Control properly, but it’s quite intuitive. And if you can figure out a few voice commands to replace some mouse moving and clicking and keyboard input, you can become a more efficient user on your Mac.