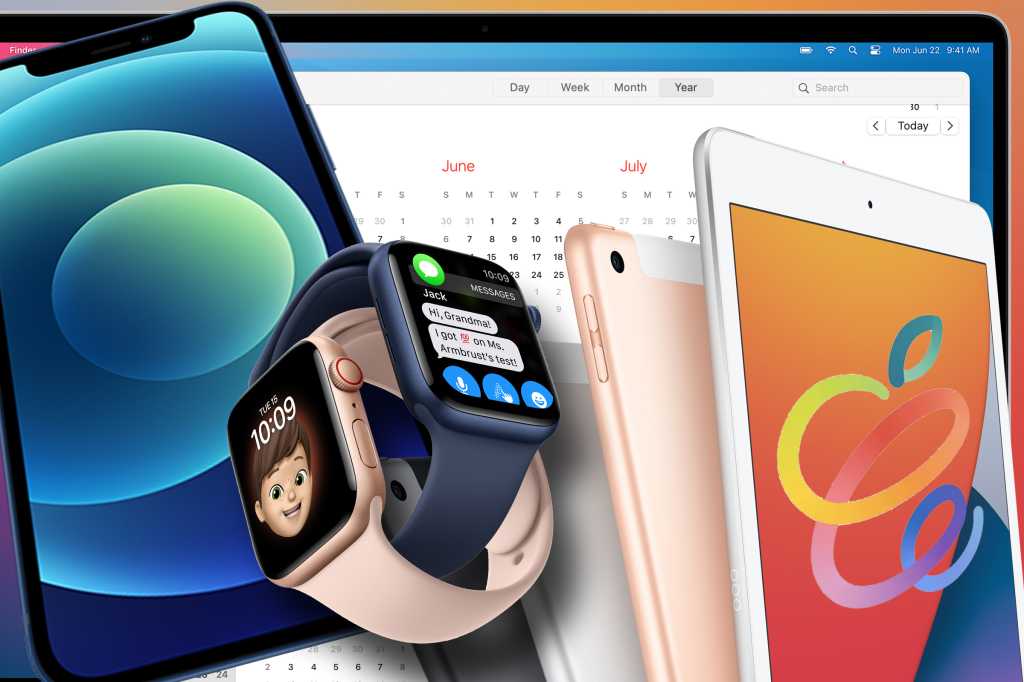 With just four months to go until 2021 comes to a close, you might say the year has been a quiet one for Apple. So far, we’ve gotten a new 24-inch iMac, iPad Pro, AirTag trackers, Siri Remote, and a MagSafe battery pack, which isn’t a whole lot of new stuff for eight-plus months. But don’t think Apple is going to let 2021 close without leaving its mark. Buckle up, because Apple has a ton of new products to launch before the year comes to a close.

The new iPhone is always the biggest launch of the year and the iPhone 13 is no exception. We already have a pretty good idea of what it will look like: basically the iPhone 12 with a smaller notch. It’ll also reportedly have a better camera, the Pros might get a 120Hz ProMotion display, and there may be an always-on display at long last as well. We’re also hoping for bigger batteries, especially in the iPhone 13 mini.

We’ve expected AirPods at every Apple event for about a year now, but it looks like they’re finally coming this fall. Based on the leaks and the rumors, they’re most likely to arrive at the iPhone event. Seemingly accurate images leaked months ago showing a pair of earbuds that look a lot like the AirPods Pro, with shorter stems and a snug ear fit. Recent rumors say they won’t be getting noise cancellation, which will remain a Pro feature.

While it may have gotten its own headlining event last year, rumors suggest that the Apple Watch Series 7 will be announced alongside the iPhone 13. It’s looking like a pretty big release too—according to rumors, Apple will redesign the Apple Watch with flat edges and a thinner body, and likely larger 41mm and 45mm screen sizes. We’ve heard rumblings of enhanced swim tracking as well as a new faster and thinner chip. It may or may not have its own event when it launches this fall.

Apple hasn’t done all that much to upgrade its entry-level iPad since it brought an A10 processor and Apple Pencil support with the 6th generation in 2018, but rumors say a new version is on the way that might finally bring a more modern design and an A12 or A13 Bionic processor. It’s likely the new iPad will retain the home button, one of the few devices that will, but the bezels could shrink to look a lot like the old iPad Air—but with the same $329 price tag.

Apple last updated the iPad mini in 2019 but kept the same stale design. That’s rumored to change with the update arriving later this year, and reports say it will be the biggest redesign in the tiny tablet’s history. According to numerous reports, the iPad mini will be getting the 2020 iPad Air treatment with a Liquid Retina display and Touch ID in the power button like the new iPad Air. Rumors also say it will have a larger 8.3-inch display, an A15 processor, and USB-C.

We’ve been hearing about a redesigned MacBook Pro for a while, and with the Apple silicon transition coming up on its one-year anniversary, we’re almost certainly getting new Macs soon. And this is going to be the big one. Apple is reportedly shipping two sizes of MacBook Pro (14 inches and 16 inches) with slimmer bezels all around while bringing back some of the things we’ve missed: HDMI, an SD card reader, more Thunderbolt ports, maybe even MagSafe. We’re also hearing a mini-LED display will be arriving and the Touch Bar will be going away.

The Mac mini was one of the first Macs to get an M1 processor in late 2022, but Apple is planning to release another one in 2021. According to reports, it’s going to be a high-end machine, with an M1X chip and a new thinner design. It’ll also reportedly have four Thunderbolt ports, up to 64GB of RAM, and an iMac-style power cable.