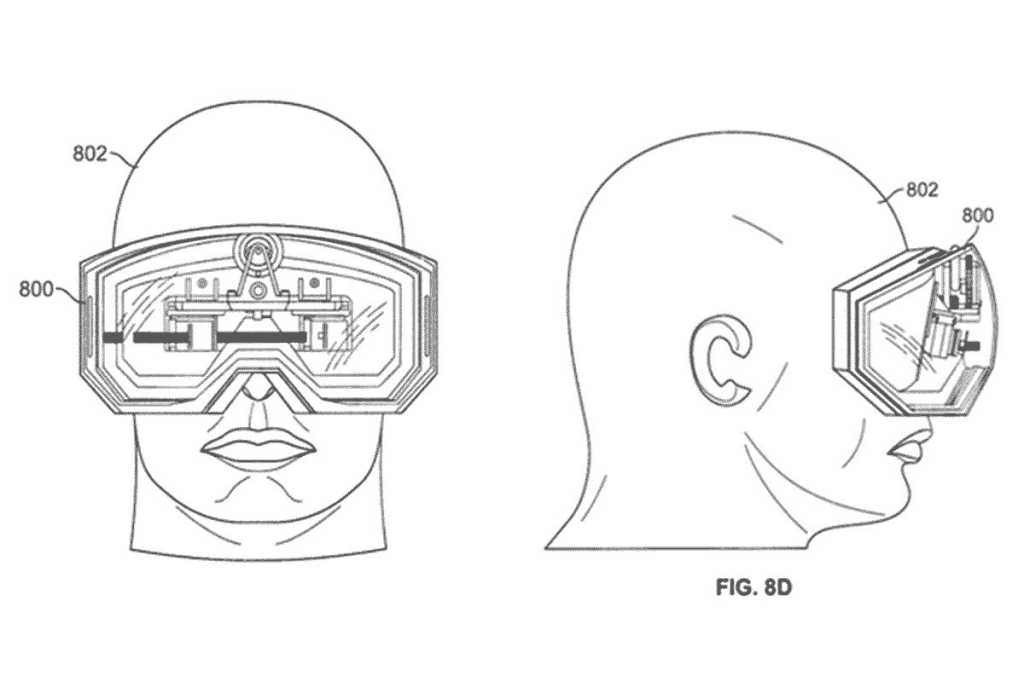 We’ve heard rumors that Apple is working on some kind of augmented reality headset for years now, and those rumors have started building steam. Certain builds of iOS 13 are packed with references to what looks like AR headsets, either in the form of glasses or a face-mounted display like the Google Daydream (or both).

The most credible rumors suggest we may see whatever Apple’s been working on within a matter of months (or at least a couple of years), and so we’ve compiled those reports in one handy spot so you’ll know what to expect.

Most rumors about Apple’s augmented reality headset—even those from reliable analysts like Ming-Chi Kuo—have focused on a 2020 release date. A November 11 report from The Information, though, claims Apple will release a larger AR headset in 2022 and then release its AR glasses by 2023. Per The Verge, Apple will reportedly start contacting developers about designing apps for the headset in 2021.

It’s a shame we might have to wait longer (if the report is accurate), but this feels like a more believable timeline than what we’ve been hearing elsewhere. For one, Apple reportedly communicated this information to an audience of more than 1,000 Apple employees at the Steve Jobs Theater on the Apple Campus. For another, we haven’t seen many rumors or leaks regarding software what the headsets actually look like, and it’s reasonable to assume those would be more common by now in the event of a 2020 launch.

Apple’s large AR headset—known internally as N301—will likely be capable of handling both AR and virtual reality and will resemble a sleek version of this year’s Oculus Quest. In line with earlier rumors, the headset will have cameras on the outside that will help it “read” the user’s surroundings.

The Information also provides one of the first physical description of the prototypes for Apple’s glasses: They “look like high-powered sunglasses that house the battery and chips.” Apple is reportedly experimenting with making the lenses go dark when they’re being used for AR as a signal to people around the user.

Apple may be working with Valve on an AR headset

According to a November report from the often unreliable DigiTimes (via MacRumors), Apple is working with Valve to release a headset that will drop in the second half of next year. While sketchy, this would at least be in line with a report from trusted analyst Ming-Chi Kuo, who said in October that Apple is working with third-party brands to release a headset that would drop in 2020.

Valve would definitely be a valuable partner for Apple, as it became one of the big players in this decade’s revival of virtual reality when it partnered with HTC to release the acclaimed HTC Vive. In April, it released its own headset called the Valve Index, which our sister publication PCWorld called “the new bar for VR headsets.” Valve is also the creator of the popular digital game storefront Steam and the developer of popular games like Half-Life 2 and Portal 2.

This also wouldn’t be the first time the two companies have worked together. Back in 2017, Valve and Apple worked together to bring support for virtual reality to macOS High Sierra, mainly with the support for external GPUs. In 2017, when rumors about the AR headsets were still new, Bloomberg reported that Apple employees were using HTC Vive headsets for testing.

According to the new report, this rumored project with Valve will focus entirely on augmented rather than virtual reality, as Apple “CEO Tim Cook believes that AR can make digital content become part of the user’s world and will be as popular as smartphones with consumers.”

Keep in mind, though, that DigiTimes is also the outlet that reported in July that Apple had disbanded its AR and VR teams and assigned them to other projects. Judging from the frequency of AR rumors dropping afterward, that never happened—or at least the reassignments weren’t as extensive as reported.

Apple’s AR glasses may appear in 2020

On October 19, Bloomberg released a report claiming that Apple had “targeted” 2020 for the release of its AR headset, although no specifics about the date were given beyond that. This suggests Apple is on track with the project, as Bloomberg claimed we could see the headset in 2020 all the way back in 2017.

Well-connected analyst Ming-Chi Kuo was more specific about the timing, as he claimed we’d likely see Apple’s AR glasses sometime in the second quarter of 2020, echoing a similar prediction of his from March.

In early September, MacRumors revealed that a leaked internal build of iOS 13 comes with a “STARTester” app that allows a developer to use an iPhone to see how an app might look with a handheld and head-mounted display for testing an augmented reality headset. In late September, a developer on Twitter named xSnow managed to get STARTester to work.

Elsewhere, a readme file in iOS 13 refers to a “StarBoard” system shell for apps that support stereo AR. iOS 13’s code refers to “StarBoard” mode in other spots, with some such as “ARStarBoardViewController” and “ARStarBoardSceneManager” explicitly reference augmented reality.

Not long after that, 9to5Mac’s Guilherme Rambo posted a tweet revealing that Xcode 11 (Apple’s integrated development environment) had an ARDisplayDevice framework that included references to the headsets under development, which are codenamed Franc, Luck, and Garta (although Garta appears to be aimed at HoloKit, a third-party AR box). References to StarBoard were found in Xcode as well.

In addition, Steve Troughton-Smith discovered that the framework for game controllers in iOS 13 has a profile for devices running stereo AR apps, which includes a trackpad, a trigger button, and a home button—suggesting Apple may make a controller for use with its AR headset.

iPhone will likely handle most of the processing

In his March report (via the Economic Daily News), Ming-Chi Kuo echoed rumors dating back to 2016 by claiming by Apple is designing its AR glasses as an iPhone accessory, so the iPhone itself would end up wirelessly handling most of the processing, positioning, and other roles. The glasses themselves would mainly act as a display, allowing them to remain lightweight, possibly stylish, and less awkward-looking than devices than AR headsets that include all the relevant systems in the headset itself (like the Microsoft HoloLens). The earliest Apple Watches worked much like this.

Steve Troughton-Smith lent further and recent credence to this rumor in a tweet from September after poking through the grand master for iOS 13.

“The picture of Apple’s AR efforts from iOS 13 is very different to what one might expect,” Troughton-Smith said. “It points to the headset being a much more passive display accessory for iPhone than a device with an OS of its own. The iPhone seems to do everything; ARKit is the compositor.”

Operating system for the AR headset may be called ‘rOS’

Way back in 2017, Bloomberg’s Mark Gurman reported that Apple’s AR headsets would likely run a custom operating system called “rOS,” which stands for “reality operating system.” At the time, Apple was reportedly still trying to figure out how users would actually control the headset and launch apps.

Apple is experimenting with several different kinds of AR headsets

The AR glasses are commanding the rumor spotlight right now, but rumors have persisted for years that Apple is actually working on a number of AR (or AR/VR) devices. Back in 2017, the Financial Times claimed Apple was working on “several different kinds” of headsets. One of these resembled the Snapchat’s Spectacles in that the glasses had a built-in camera but no screen, so you’d end up using the phone as the actual display.

In April of 2018, CNet published a more exciting rumor claiming that Apple was working on a combination AR/VR headset codenamed T288 that boasted a resolution of 8K for each eye. Unlike many other virtual reality headsets, it wouldn’t need exterior sensors to determine tracking. It was a beast, too, as it used 60GHz WiGig technology to wirelessly connect the headset to a “dedicated box” sporting a 5-nanometer custom Apple processor that was more powerful than anything on the market.

We haven’t head much more about the T288 since. In July, DigiTimes released a report claiming that Apple had temporarily stopped making AR/VR headsets and reassigned members of the teams to other projects. This news was met with some skepticism at the time, and sure enough, more Apple-related augmented reality rumors started to pop up not long after that suggested research was still underway. It’s therefore not clear if there was any truth to DigiTimes’ rumor, but if there is, it’s possible that Apple may have ceased work on the other headsets and thrown all its energy behind the glasses instead.