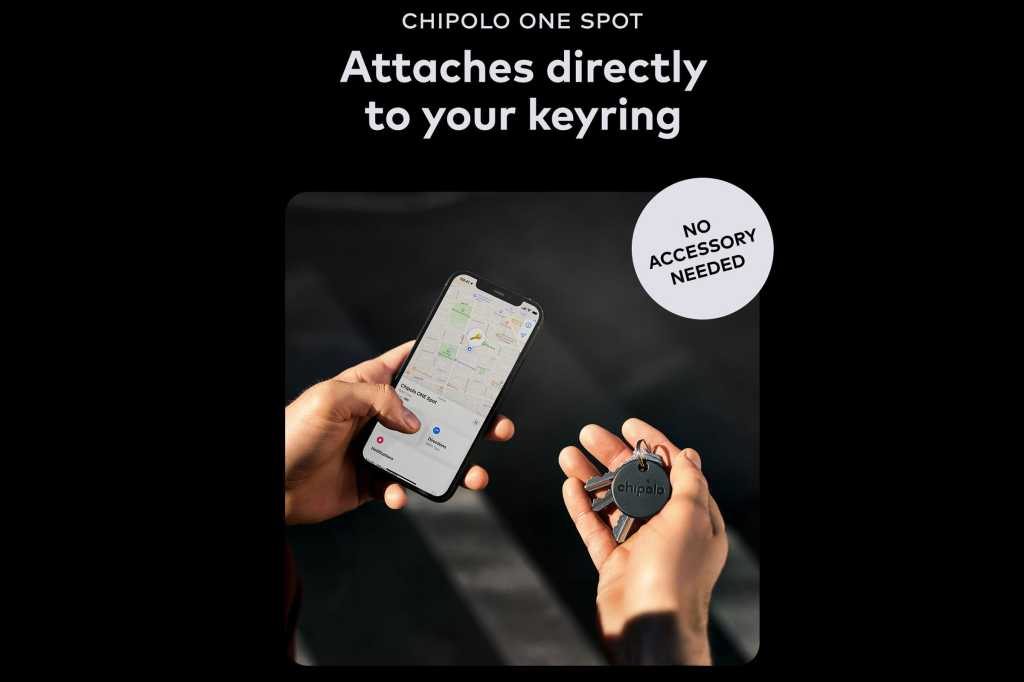 Apple’s AirTag may be the only game in town right now if you want a Find My-based location tracker, but it won’t be for long. In just two weeks, Chipolo will open up preorders for its own One Spot tracker, which is built specifically to work with the iPhone app.

But Chipolo wants everyone to know that you won’t need any extra equipment to attach its One Spot tracker to everyday items like keys and zippers. In an email with the subject, “Can you Spot the difference?” Chipolo told prospective buyers that the One Spot “attaches directly to your keyring” with “no accessory needed.”

The email doesn’t mention AirTag by name, but clearly it’s a direct reference to Apple’s tracker, which requires a separate loop or dongle to attach it to anything. Apple’s current options range from $29 to $39, with cheaper holders from Belkin arriving in June. Like iPhone cases and Apple Watch bands, there will likely be a cottage industry of inexpensive key rings within short order, but there’s no denying that the AirTag has an extra cost attached.

Otherwise, the circular Chipolo One Spot is very similar to AirTag, but there are some minor differences. For one, it only comes in black, a stark contrast to Apple’s white-and-chrome finish, and the Spot seems to be a bit bigger and a little thinner. Based on the specs of the Chipolo One, it measures 1.49 inches around with a 0.25 inch thickness, while Apple’s tracker is 1.26 inches with a 0.31 inch thickness.

Chipolo hasn’t said how much its tracker will cost, but based on the price of its other trackers, we can assume it’ll cost either the same as AirTag ($29 for one, $99 for four) or slightly less. The Chipolo One, which looks to be the same size as the Chipolo One Spot, sells for $25 while a pack of four costs $75. You can sign up to be notified when preorders for the One Spot open here.