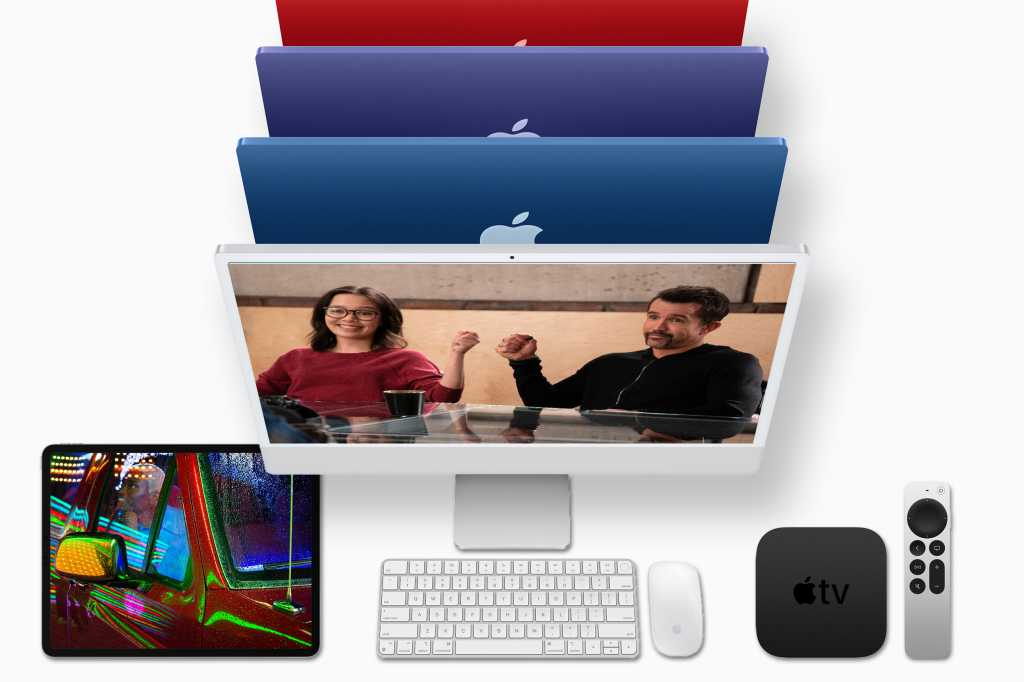 On a day when three major products went on sale—a new 24-inch iMac, 12.9 iPad Pro with Liquid Retina XDR display, and an Apple TV 4K with a new Siri Remote—Macworld readers would usually be lining up to preorder and make sure they were among the first to get their hands on the newest Apple devices. As it turns out, more than a few of you didn’t buy anything.

We were intrigued by the result that more than half of the respondents to our poll said they weren’t buying anything. We figured the poll would be a healthy mix of the three products, but we weren’t expecting a clear majority of “Nothing.” A lot of you have been waiting for a new iMac, a new Siri Remote was high on everyone’s wish list, and the mini LED display is one of Apple’s best display innovations in years. And when we dug a little deeper, it appeared that there were a few recurring issues.

Here are a few of the comments that caught our eye.

You had the biggest issue with storage, particularly in the iMac. Apple only offers a 256GB SSD in the $1,299 and $1,499 iMac models, with upgrades starting at $200. That’s not a lot of storage for a desktop computer—though to be fair, Apple’s $5,999 Mac Pro also starts at 256GB of storage—and many of you felt you were being nickel-and-dimed.

The entry-level iMac has just a pair of Thunderbolt ports, while the higher models have an additional two USB 3 ports and gigabit ethernet on the power adapter. That’s a far cry from the veritable bevy of expansion options on the older iMac, which includes six USB ports, ethernet, and an SDXC card slot. Many of you think that the next iMac will address these issues, so you opted to hold off for now.

And some of you wanted to see more from the processor. Even though Apple put its new M1 chip in the iMac, it’s the same one that’s in the Mac mini, which costs hundreds less.

The iPad is definitely a luxury tablet, but many of you felt the price isn’t justified, despite the additions of an M1 processor, Thunderbolt support, and mini LED display in the 12.9-inch model.

Apple’s new streaming box turned away some buyers as well, with some of you lamenting Apple’s lack of any real updates to the Apple TV. Many also balked at the price.

Waiting for something better

And finally, some of you just wanted something different and are willing to wait a little longer.