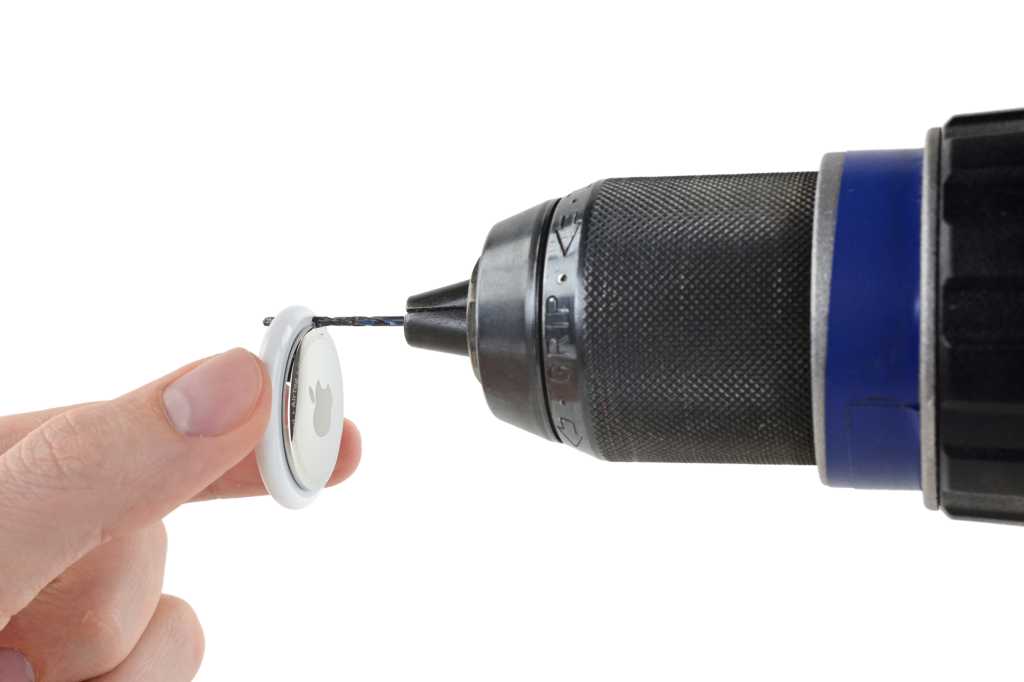 iFixit is used to tearing down Apple products with a pentalobe screwdriver, heat gun, and tweezers, but Apple’s AirTag tracker required something with a bit more oomph to make its point: a drill.

In its teardown of the AirTag, iFixit noted that Apple’s AirTag is “about the smallest they can get, judging by the density.” It found the AirTag to be “impressively compact,” with a circular design that maximizes space. But even with a speaker driver, ultra-wideband, and replaceable CR2032 battery, iFixit discovered that there is still room on the outer edge of the AirTag to drill a hole straight through.

A hole in the AirTag would eliminate the need to buy an accessory just to connect it to a set of keys, which is likely to be the most common use for Apple’s new trackers. iFixit removed the battery before drilling with a 1/16-inch drill bit and “miraculously managed to avoid all chips, boards, and antennas, only drilling through plastic and glue.”

iFixit says the AirTag worked perfectly after drilling and even the sound profile didn’t change much. The company provided a video diagram to show where you can and can’t drill, and warns that “Drilling in the wrong place can cause serious damage, so don’t try this at home unless you’re willing to potentially turn your tracker into a very light paperweight.”

So if you want to attach an AirTag to a keyring without an accessory, it’s possible. Maybe Apple will add one to the AirTag 2.